The other night, I had my own little reunion of sorts with cast members of the movie Circle of Friends. 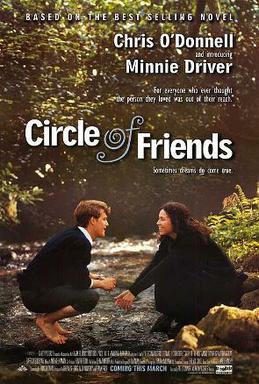 Do you remember that film? If not, check out the Wikipedia page. But the movie pretty much made Minnie Driver a star. And we got Chris O'Donnell feigning an Irish accent. Decent enough film.

By "reunion," I don't mean the cast came together for an actual reunion, I mean that I took part in watching or listening to some form of entertainment that day featuring the four top-listed cast members.

First, on my way to and from work, I was listening to Alan Cumming's autobiography Not My Father's Son on Audible. Fantastic listen.

Second, on my lunch break, I watched a couple episodes of the Amazon Prime original series Mozart in the Jungle costarring Saffron Burrows. If you haven't watched that series and have Prime, do so now. It's amazing. Truly.

Finally, that night, Katie and I caught up on this past week's episodes of NCIS: Los Angeles starring O'Donnell and About A Boy starring Driver.

I wonder what other casts I can "reunite"?

Jan 16
What a difference a letter makes. I'm not entirely sure how many months it's been that Nathan has been calling us "Mama" and "Dada," but it's the typical adorable toddler way of saying parental names. We love it. It's just...
Next Post

Jan 18
soar /sôr/ verb - fly or rise high in the air. "the bird spread its wings and soared into the air" synonyms: fly, wing, ascend, climb, rise; What goes up... I always dreamed of soaring. Not necessarily flying, mind you.... 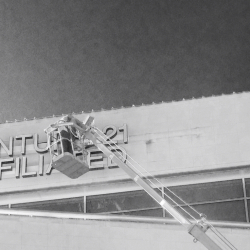 I like this movie. Allan Cummings was a real shit, but he does that so well!!