For the last month, Katie and I had been taking advantage of a free trial membership to Amazon Prime. Most people know Amazon Prime as the service that allows Amazon shoppers to make purchases and have them delivered within two days guaranteed for free. But the service also gives users access to streaming video content that they can watch on their computers or mobile devices for free. There are other benefits, but the free streaming content is the focus of this post.

I only jumped into Amazon Prime video content during the last two weeks of our trial. I completely forgot it existed up to that point. And I only did so because of a recommendation from the 93XRT Rotten Tomato TV Time podcast. They were talking about a couple of "TV" shows that were specific to Amazon Prime programming that were fantastic and worth a watch. Those shows are Transparent with Jeffrey Tambor and Mozart in the Jungle with Gael Garcia Bernal. After reading more about the two shows and checking out how many and how long the episodes were, I opted for the latter. It was something I could see myself finishing in the last two weeks of our Prime trial.

Mozart in the Jungle is a 10-episode half-hour dramedy (I hate that word, don't you? How about "comma" - Comedy + Drama) about the inner workings of the New York Symphony Orchestra. One conductor (Malcolm McDowell) is on his way out while a flashy younger one (Gael Garcia Bernal) is on his way in. This season, assuming there will be a much-deserved season two, highlights the effect of this transition on the orchestra, its higher ups, investors, fans, and wannabe members, primarily Hayley (Lola Kirke). The show has passion and humor and love and hate and backstabbing and... everything you could possibly want. Oh, and great music!

I also never knew just how emotionally loaded a single look could be. Just watch the final seconds of the last episode to know what I mean.

If you have Amazon Prime, I cannot recommend this series enough. Seriously. I only wish I discovered it in time for my YEBO 2014 TV list. C'est la vie. There's always (hopefully) season two!

Jan 13
No, I don't mean of the "Pop" variety. For months I'd been hearing about this Miami hip-hop artist named Iggy Azalea and how cool she was if you were totally into 90s-style hip hop. Since I do dig that era,... 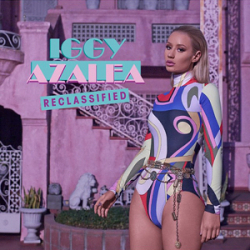 Jan 15
I'm not usually one for confrontation on this blog. I like to keep things relatively light and fluffy and friendly. I really just don't like to stir the pot (except for after the Charlie Hebdo attack, that is). But now,...

I'll have to check it out. Didn't know about it. I've heard of Transparent, but don't want to check it out mainly because Jeffery Tambor kind of annoys me. As in, anything he appears in. I have no idea why, but he's just annoying.

So do you guys think you'll keep Prime?

That was actually another deciding factor for me. As good as the show is touted to be and even with his Golden Globe win, I'm not a Tambor fan at all. I don't dislike him, per se, just not a fan. And we ditched Prime. I'll be looking out for future free trials to check out more new shows, though. Meantime? We keep Netflix.