When you're the parent of a child who is not quite of age to watch the same stuff that mommy and daddy might otherwise prefer to watch, you get stuck watching a lot of kids shows or movies. A lot of them. Nathan's current obsession is The Mickey Mouse Clubhouse. He can't get enough. Katie and I can't get far enough away.

You wind up doing whatever you can to make the time spent watching shows like TMMC more tolerable. Yesterday, I found a pretty interesting, yet wholly disturbing, way to deal with it.

I started envisioning what it might be like to cast members of TMMC as replacements for the humans in movies made by David Fincher. More specifically, Gone Girl. I mentioned it to Katie and we started playing with the idea. Here's what we have so far. I don't think any of what I'm about to say is spoiler worthy. I'm going to try to keep it safe.

Obviously, this is just a start. There are so many other characters in the movie that would need to be cast. But this is shaping up pretty well if I do say so myself.

Those of you who have seen or read Gone Girl... do you agree with the casting decisions?

Yes, I have been considering other Disney Fincher movies but none to the depths that I plunged to with Gone Girl. I would, however, like to say that Donald on a rager after finding Daisy's head in a box would be perfection. Sheer perfection. Ahhh, Se7en. Been too long. 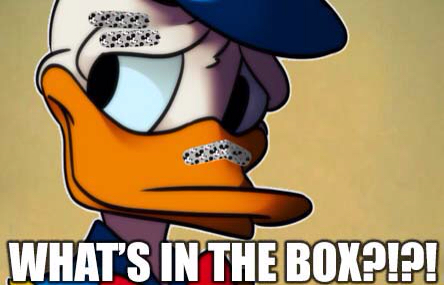 Quickie Photoshop job based on this original I found online... 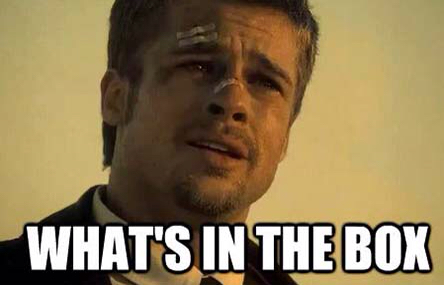 Jan 29
It's funny how fickle we are about the cost of fuel. I'd assume this fickleness ("fickleality"?) extends to countries outside the U.S., but I cannot say for sure. Six months ago, gas in the U.S. was at record highs averaging...
Next Post

Jan 31
I was thinking about books yesterday. More specifically the reading goals I've set for the last two years. Last year, I technically had two reading goals... the four George R.R. Martin books that I reported on this blog and the...

One Fincher movie to avoid the Disney cast replacements would be Zodiac. I don't think any Disney character deserves that kind of crossover.

You don't think that would be fun to see?