I, like so many other podcast fans, am in withdrawal. Why? A few weeks ago, the top-rated and top-ranked podcast in the history of podcasting, Serial, ended their 12-episode first season.

While a second season has been promised and is fully funded, no one knows when it will start or what the subject matter may wind up being. 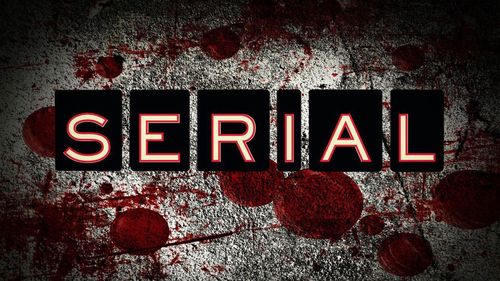 In the meantime, we're left in a bit of a lurch. Do we just wait or do we find another podcast to fill our time?

I opted for the latter and my quest led me to Criminal. 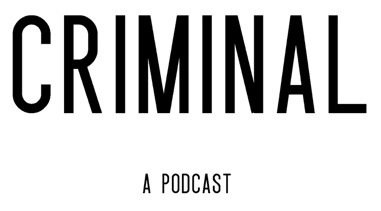 [Sorry about that. Nathan jumped into the middle of the post. I thought it was too cute to not leave it here.]

Anyway, Criminal is less about a single case and focuses on facets of criminal activity. I've listened to four episodes so far out of 13 and really like it. Two in particular captured my attention: Episode 2 "Pants on Fire" about how cops use cognitive interviews as an alternative to lie detectors, and Episode 3 "The Buck Stops Here" all about counterfeiting. In the former, host Phoebe Judge interviewed a psychologist involved with cognitive interviewing and, in the latter, she interviewed a woman who became involved in counterfeiting after falling in love with a guy. So not all about a single case, but actually a bit of lesson on the criminal mentality.

While it may be easy to dismiss this as a Serial knockoff or wannabe, bear in mind that Criminal is seven months older than Serial although it only comes out once a month.

Honestly, that's my only complaint. Once a month is far too long to wait although, as a result, Criminal is released more consistently than Serial. If Criminal could come out once every two weeks and Serial could be stretched out to a similar schedule so both were more regular throughout the year, I'd be a happy podcast fan!

If you haven't already, give it a listen.

Jan 4
Welcome to the inaugural Story Sunday. Each week, Story Sunday will highlight a photo I snapped in the previous week, accompanied by a brief narrative. I'm aiming for 1,000 words or less but I'm willing to run long if need... 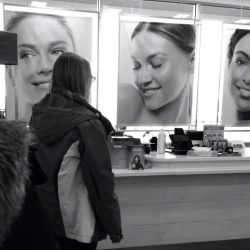 I liked Criminal. Not as much as Serial, but it's good. I've listened to a bunch of the stories and have about 3 left I think (probably finish them up tonight on my way back home).

Oh and Nathan should totally have his own blog now.

I can't imagine what he'd do with his own blog. Oy.

I think I must be the only one on the planet not to have listened to Serial. Heard so many good things about it.