Ever since getting my first iPhone back in 2010 (the iPhone 4), I've used the native iOS Mail app for all my emailing needs. It easily integrated all my email accounts into one location. With the occasional rollout of new features, I really felt no need to try anything else.

A couple years ago, I was having some severe problems with Mail. It wouldn't talk to my primary Gmail account. So, while I worked out the issue (PEBKAC), I played with the official Gmail app. I didn't have much of a problem with it. I just didn't like that while I was using the Gmail app for my Gmail, I still was using Mail for my iCloud and my newly obtained Outlook account. Two apps for one thing? No thanks. I worked out the Gmail problem and got it all going again on Mail, so the Gmail app was deleted.

I still really don't have a problem with Mail for the most part. It does what I need.

However, recently, Microsoft announced an iOS app for use by Outlook mail users. But what made this announcement great for me was that it was not limited to just Outlook users. Gmail. Yahoo. iCloud. Exchange. You name it. I thought, "Why not? Let's give it a shot." If it's easy to use, I keep using it. If it sucks, I delete it.

On the positive side of the coin, it easily integrates just about any email account possible. All four of my accounts are in there.

I can customize my swipe motions in the inbox, which is cool. Currently, swiping left to right deletes a message and right to left moves it to a folder of my choosing. Other swipe options include Schedule, Archive, Mark as Read/Unread, and Flag.

Speaking of the Inbox, Outlook comes with a means to split the inbox. There is a Focused inbox and an Other inbox. Focused is used for the really important messages while Other might be stuff like mass mailing subscriptions that you don't want in a spam folder but don't need to be thought of as vital. It's very easy to move messages back and forth from one view to the other and, when you do it, you'll get a pop up asking if you want to commit the action to all messages that come from that domain. It learns! My Focused inbox looks so clean! Oh, and yes, the Focused Inbox option can be turned off if you so desire.

I can also set up the app to work with both my Dropbox and OneDrive cloud storage accounts (Box and Google Drive work as well) so I can save attachments from emails right into these services. I had a large PDF file attached to a Gmail message that kept crashing iOS Mail every time I tried to open it. In Outlook, it was easy peasey. Opened and saved it right to Dropbox.

Another big positive is that it imported all my iOS Calendar information. All of it. Now I can view mail and appointments in one app. How novel!

On the negative side, I currently cannot edit imported events. Support says I should be able to so long as I was the organizer of the events, but it's still not functioning properly. They are working with me to resolve it.

I also cannot, when creating new events, set any sort of repeat. That's something they're aware of and planning to remedy with a future build.

Another one is not being able to set my email reader up so that when I either delete or archive a message I’m currently reading, it just moves on to the next message. Instead, I'm taken back out to the inbox or whatever folder I was working in prior.

Weirdly enough, I cannot get a Select All option in the contextual menu when I try to highlight everything in a message for the purpose of copying it. I have to scroll through and keep dragging the select box down the message. I’m not sure why. I thought this was an iOS option, not something that could be controlled from app to app.

One final issue is that I cannot view my entire address book. When I click the People button in the bottom toolbar, it shows me a Recent People list, but nothing else. It would be pretty cool if they would incorporate the iOS Contacts app and make it visible within the app, not just an autocomplete when I start typing an address in to the "To:" line.

These issues may seem big to some, but they haven't been enough to keep me from continuing use. I really think that their support team will work them out in relatively short order.

What's that?? I'm showing faith that Microsoft will fix something? Yeah, strange, isn't it? Queue Rod Serling, will ya? 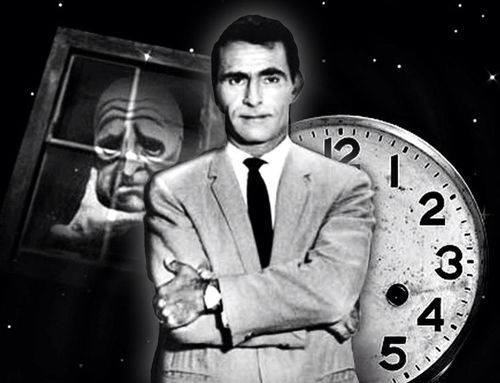 Feb 11
My plan was to review the new(ish) Red Velvet Oreo cookies today. I just don't feel quite ready to do it. I've only had a couple so far. Maybe tomorrow. Plus, I've been busy playing sous chef (sous baker?) to... 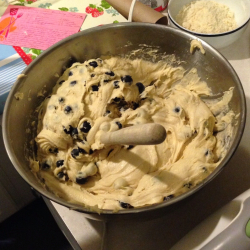 Feb 13
At the library last night, I discovered something pretty cool. They call it "Blind Date a Book." They wrap a bunch of books in brown paper, write a one-sentence description on the paper, and you check it out title-unseen. I... 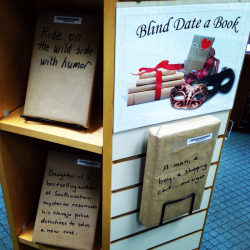 You know I don't really like Outlook (shocker, many don't). I used to have my work email on my phone from my previous jobs, but decided not to do so with this job. When I go home, that's it, office working hours are done. I don't check my email even on my computer (we can logon online to our work email).

But I do have my other personal emails linked. I'm not 100% happy with the default iPhone mail app, but haven't had many issues with it.

Hope Microsoft gets those fixes done for you!

I don't have my work email on my phone but I can. And easily now. There were too many hoops to jump through using iOS Mail. With Outlook, it's easier. But I don't.

I've been using the Outlook app as well, and will probably keep doing so. I've tried lots of mail apps, and I was using Mailbox for a long time. Then, I switched to Google Inbox and found that I preferred its bundling feature over having to check multiple folders. Outlook's "Focused" and "Other" feels even more convenient: less clutter but still simple to access.

Notably, I also recently added my work email to my iPhone, but only with Apple's Mail app. There are some things I'm finding that I prefer there, such as its handling of new contacts.

Keeping work email in Mail also helps maintain a "separation of church and state," as it were. That's a good idea.

I've been using this Outlook app since Microsoft bought it and renamed it from Acompli to Outlook. It does an amazing job at managing my work email. Mail for iOS was very cluttered with all of my accounts, including my (now) previous work one, running under Exchange 2007. Notifications were not working properly with that account, but my new job, which doesn't use Exchange, it working just fine and notifying me on the much fewer emails I get.

I like the custom swiping options, Nice touch. And I like the multiple options for saving attachments. All in all, I give it a big thumbs up.

I keep Gmail on it's own using the Gmail app. While it can be complicated to use multiple apps for multiple email accounts (I still have 4 under Mail for iOS), I tend to get the most emails on Gmail and don't need all of them cluttering up Mail or Outlook app.

I've got everything on Outlook now. I've even turned off iOS Mail notifications to see how I do with just Outlook. So far, so good although I still need my issues resolved.