Any of you who have read my blog longer than four months knows that I have readily taken part in the pretty well overdone art of writing up best-of lists at the end of the calendar year. For at least a handful of years now, in fact.

For the first several years, I merely called them "best of" lists. Then, two years ago, I changed that to "YEBO," which stands for "Year End Best Of."

I gotta be honest with you, I really hate the name YEBO. It sounds like a character from Star Wars and I find myself always needing to remind people (and myself) what it stands for. That kinda defeats the purpose, don't you think? If you have to remind people what it means, then it's not working in the way an acronym should. Acronyms should make life easier, not more difficult.

What also happened last year is that I, unintentionally at first but intentionally as the lists continued, was creating lists that were only seven items long. It happened first due to a lack of viable entries, then because it was easily reduceable to seven, and finally because I just liked it. I want to keep that going. I see so many Top 10 or 50 or 100 lists. Seven just sounds nice. It's a very overlooked number, I think.

So, while I've been tracking my comic book reading and music listening so far this calendar year, I found myself continuing to think in terms of seven. Top seven, next-best seven, not-worth-your-time seven. It's been fun.

Then I realized that "seven" rhymes with "Kevin." And just like it was kismet, I came up with "Kevin's Seven"!

So, what do you think? Ditch "YEBO" for "Kevin's Seven"? I'm not going to set up a survey for this. Just "yes/no" in the comments.

I may even try to come up with a cheesy graphic for it. Maybe.

Apr 26
Do you remember how the reveal of every episode of Scooby Doo went? The captured felon would state something along the lines of "I would've gotten away with it if it weren't for you meddling kids." I saw this middle... 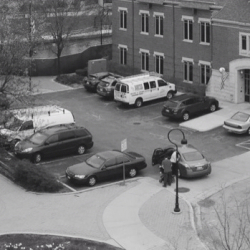 If I ever get around to writing my medieval fantasy story I'm naming one of the characters Yebo, just for you.

I would be honored! So, is that a yes or no?

Kevin's Lucky Seven! I'm not much of one for acronyms, so I vote yea.

I may not use "lucky" as I really don't want that biting me in the ass down the line. ;-)