I would just like to say that there is a special place in hell for the creator of flathead screws. Heck, he might be there already. 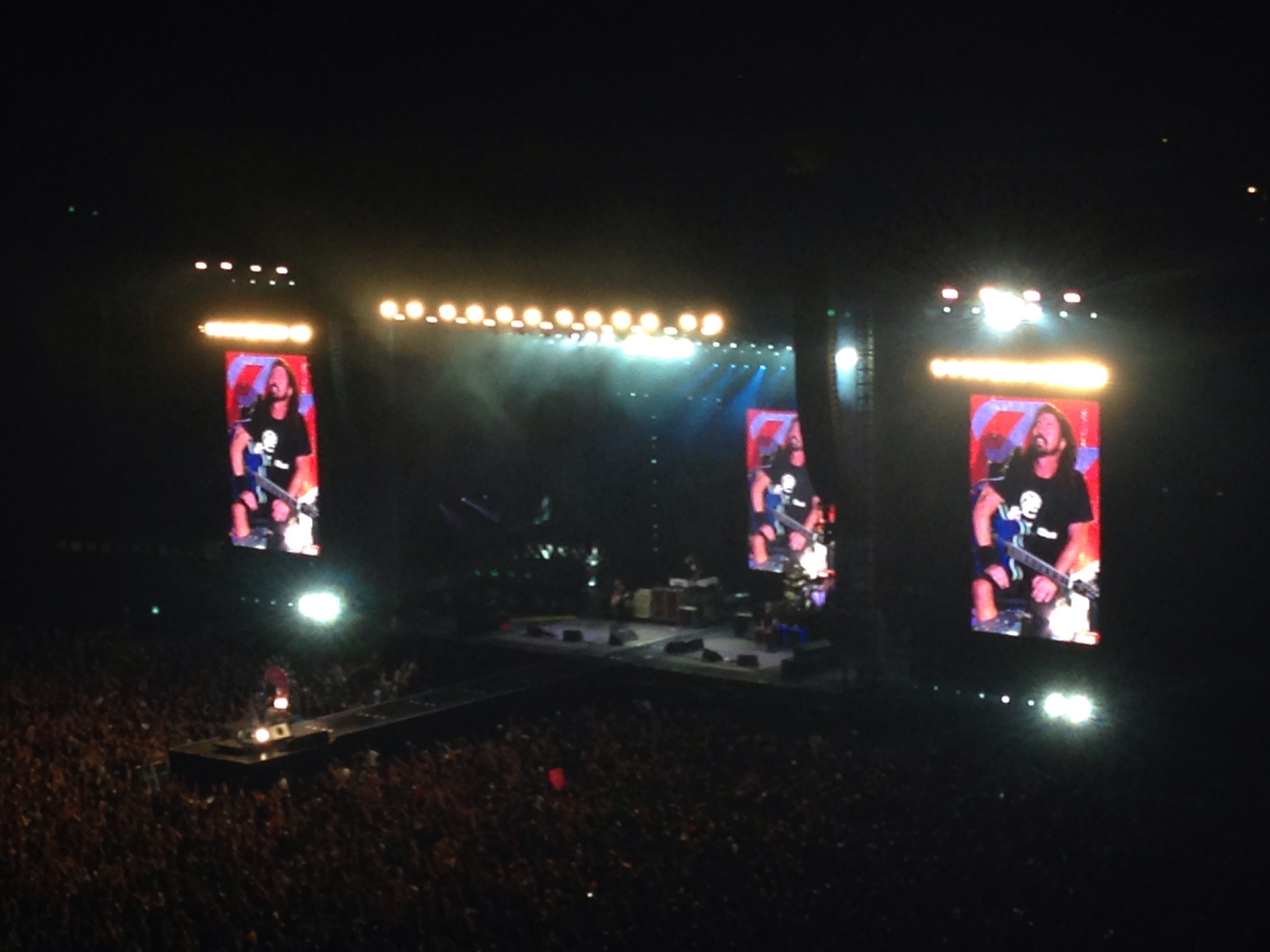 Tomorrow is my long-awaited trip to see the Foo Fighters, along with Naked Raygun, Urge Overkill, and Cheap Trick, at Wrigley Field. WOO!!

I'm in a fantasy football league with some friends. We've been doing this league for a handful of years now.

Katie and I got a bit of a scare last night watching the NBC Chicago 10 o'clock news. They reported on a rather large Cottonmouth Water Moccasin on the loose in "northwest suburban Geneva."

With Nathan turning three next month, Katie and I have started thinking about pre-school for him. Not this year, he's too young and his birthday is right on the cutoff. But next year.

I hate when I read through something on my site after giving it an appearance overhaul and discover something that desperately needs to be updated as a result of a change I've made.

In case you don't follow me on Goodreads, I'm a big fan of non-fiction books. Sure, I read others, but I always come back to non-fiction.

We finally did it. One of those things we've been wanting to do with Nathan for so long but have just not been willing to pull the trigger. We took him to his first movie.

Is full castration a legalized form of capital punishment in the United States? If so, I've got a pair of ideal candidates.

Disgusted with how poor our blogging regularity had become, Marty Mankins challenged me to blog every day for the remainder of that month.

The big news of late is the New York Times' 20,000+ word expose on how Amazon operates and treats its employees. If you want to read the article, it's quite enlightening and will make you question any complaints you have about your own workplace.

It was a scorcher today. Okay, maybe not as hot as it was last year when we went this time last year. At least we had a slight breeze. It didn't matter. Nathan was happy. Hot, but happy. He was seeing Thomas. I have pictures to prove it.

Tomorrow is the day Nathan's head might explode from sheer joy. Why? This.

While I sync our phones to iTunes and clear some space for both of us on our teenie tiny hard drives, Katie and I are watching This Means War with Reese Witherspoon, Chris Pine, and Tom Hardy. We are not ashamed to admit that we love this movie.

Today has been one Star Wars fix after another. All because Entertainment Weekly dropped their fall movie preview issue and it's basically all about Star Wars: The Force Awakens. Oh happy day!

Nathan has been absolutely rocking it in the world of potty training.

Last month, I finished reading Jon Krakauer's Missoula: Rape and the Justice System in a College Town. At its simplest, it's a book about the University of Montana at Missoula's spate of rape cases in the last decade as perpetrated mostly by members of the UMT Grizzly football team.

Have you ever had that one post that you've envisioned and re-envisioned? Written and rewritten? Edited and re-edited? Over and over again and you still can't pull the trigger and publish it?

Tonight, Katie and I kicked of a filmic endeavor. We're going to rewatch all eight Harry Potter films start to finish.

I'm on the verge of renaming, or at the very least nicknaming, Nathan as Jordan. I think Katie is on board with this, as well.

My wife shared a story with me that she heard from a co-worker the other day.

Have you ever read a series of books or watched a series of movies or TV series and, as you were coming to the conclusion (not one forced by a studio; but one that was laid out in the source material by the writers, etc.), you found yourself not wanting to finish it? Just hold off that last little bit and prolong it just enough to eke that last bit of joy from it before the finale comes crashing down on you?

Some people had been wondering how the date set up went.

Lots of people remember where they were and what they were doing when a significant event happened in history. Kennedy's assassination, World Trade Center, Challenger explosion, etc.

Do I really have to do this for July? Can we just call a mulligan and let it go until August's recap? Please?

Having a near three-year-old means that we watch a lot of stuff on the Disney Channel, more specifically, Disney Junior. And lately, they've been doing some heavy promo for a live-action movie they made called Descendants focusing on the teenaged children of some of Disney's more nefarious villains.

It's the Weekend of Swim in Kasa Kapgar!