So much going through my head right now. And all so very politically motivated. How am I to organize it all so it doesn't derail mid-post? With a (potentially) one-time return of... SNIPPET WEDNESDAY!!!

Trump
Early on in this circus of a campaign season, I was willing to put up with Donald Trump's antics knowing that he would be gone soon enough and the country could hopefully become a bit more serious about politics. It's now February 2016. The Republican candidate list has whittled itself down to, I believe, five with Kasich, Carson, Rubio, Cruz, and... *gulp* Trump, still arguably atop the list.

I'm seriously in shock. The idea that people are buying into his load of shit just shows what little people know about politics in this country. I've heard the whole "well Trump is willing to say what everyone is thinking" line too much already. Yeah, he speaks. Loudly. And maybe it is what a certain percentage of this country thinks, but don't put that on everyone, got it? He's a businessman and a very successful one. But he's gotten that level of success by bullying. Do you really want a bully commanding our military? Do you really want a bully determining the future of foreign relations? I don't. I had enough of bullies in grade school and middle school. Trump scares the ever-loving shit out of me.

Meghan
I can't explain why, but I've been a fan of Meghan McCain for several years. Maybe it's because despite the fact she's an avowed Republican, she still has left leanings when it comes to topics such as gay marriage and she's not afraid to admit that. Well, she's been rather quiet the last couple years, comparatively speaking, so I checked out her Twitter account to see what was up. This says it all...

So many republicans coming around to Trump, I feel like one of the last remaining humans running around in invasion of the body snatchers.

Republicans
The Christian Science Monitor has a pretty interesting article about how the non-Trumpite Republicans can beat Trump. My only issue with it is that they don't suggest who would be a better candidate. They state that Rubio might be best to take him on, but that doesn't make him a better candidate for President, by my estimation. Just that he's someone willing to face down a bully.

I really hope Politico is right about Wall Street not supporting Trump and sincerely believing he doesn't have a chance of winning the Republican nomination. I hope. And hope is a good thing. But, they also think Rubio is the best means of defeating him. Mind you, again, that does not mean Rubio is the best Republican candidate for President, just the best shot at dethroning Trump.

He's a joke. And that's all there is to say.

Primary
I'm not a registered Republican. Nor am I registered Democrat, although I typically vote Democrat. But I am considering voting in the Republican Primary just because something needs to be done about this madness. I just don't know yet for whom. FML.

Feb 23
The other day, I was perusing the iOS App Store when I came across Serial Reader. The name and the promise of some assistance in getting my butt reading again was too much to pass up. The app basically eases... 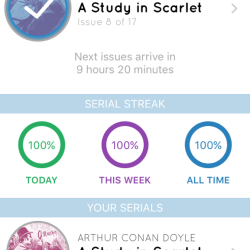 Feb 25
One of the first semi-social sites I ever used was Flickr, the photo sharing site. I've been using it for 11 years now and, although I don't jump on regularly anymore (all my uploads are passive pushes from other services... 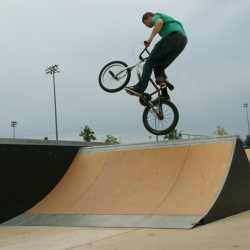 AHAHAAA! Omg that photo comparison is epic. And on point.

I've read several things on Trump. It's not just that he's a bully, it's that he's a xenophobic, fascist who is more than willing to either kick out everyone in the US who isn't of white, European descent and/or get rid of them. As in, you know, akin to what Hitler did during WWII to the Jews. I read an article in The Nation yesterday (I can send it to you if you want) about some of the things people who support Trump have said about so-called minority groups (i.e., Muslims, Arabs, Hispanics, etc.) and it is horrifying. This is one of the reasons they support him, his base is nothing but backwards, horrid, racist, white, un-intelligent people (most of them - actually you should listen to This American Life's podcast from Feb. 19 "That's One Way to Do It" since one of the stories is about an unlikely Trump supporter).

Also keep in mind the type of people who go to vote at primaries. It's not the majority of people, like the ones you see go during the Presidential elections (which is actually unfortunate). Also there could be (I think there is) an uptick in people registering to vote on the liberal/Dem side, but more so for the Presidential elections, not the primaries. Most people who do go vote during the "off-season" (so think local elections, primaries, anything that isn't Presidential) tend to be more conservatives. I can personally attest to this when I go to vote during off years in the area I live in (also very, very dumb of people to do because the local officials impact our lives even more).

Anyway, I could go on and on and on. (This is what happens when you're a Poli Sci nerd your entire life and get a degree in it.) Point is, yes he's a damn nut job, but honestly? There isn't even one GOP candidate that I would ever want to see in the White House. They are all hands down awful, horrendously terrible people. Even Rubio.

Here's the link to The Nation article: http://www.thenation.com/article/the-hate-behind-donald-trumps-success/

I avoid mentioning Trumps name to avoid the whole "any press is good press for him", but I was surprised he's gotten this far and as popular. By now, my money would have been on Jeb Bush. But his campaign ran out of gas much sooner than I thought. In fact, none of this is going as how I wanted, expect for the Cruz being in 3rd place.

Here's hoping Super Tuesday will change things up with the looney GOP candidates.

That Cruz photo comparison is spot on.

Rubio is not a better candidate, only less crazy than the remaining 4.

I can't believe how unpredictable this whole thing has been. Sickening.