I'm suddenly feeling as though I should stay put in Illinois and never visit another out-of-state city ever again.

Have you ever been a fan of something that makes absolutely no sense given that you're not a fan of anything similar?

Two Facebook friends got last week's challenge photo without a problem. Did you?

Have you ever wondered what would happen if a soldier of the Galactic Empire got a little frisky with a teacup?

Katie and I have been fans of the CBS series NCIS (and its two spinoff series) for many years. Many. Years. I mean the show has been on the air for the better part of two decades now.

Nathan is very good at the backhanded emotional appeal.

I think I'm going to follow Claire's lead this year and start my own haiku tradition on Thanksgiving. Fun!

I have a contentious fandom of Metallica. In the late 80s to the turn of the sunsequent decade, I loved them. ...And Justice For All, Kill 'Em All, Ride the Lightning, etc. You name it, I loved it.

One person nailed it on last week's challenge photo. Although someone else -- who demanded attention for her guess -- did say it was a type of facial hair. Let's see what you say.

We don't just make kids hobby tables at Kasa Kapgar. We also re-finish dining room tables! Or, at least, we do now.

So it's been a couple weeks since the Cubs ended their 108-year drought. Stores in this area are inundated with World Series stuff... t-shirts, sweatshirts, hats, pennants, flags, stickers, patches, license plate rims, you name it.

I used to love exploring the woods when I was a kid. It was fun to get lost and see what you find. Camping, hiking, exploring places you aren't meant to go.

I know that in the wake of the U.S. Presidential election last week, I posted a message that may be construed as containing some semblance of hope or, at the very least, a faint belief that maybe things won't be as bad as everyone thinks.

It only took six weeks and a couple pestering emails from me, but we finally got the URL of the host site where we could find Nathan's preschool class photos.

Is it just me or does autocorrect -- a core feature of iOS -- suck rocks since the iOS 10 update?

Perhaps I ventured into the Too Obscure with last week's challenge photo. I visited the Beyond in Bed, Bath &. The...

Let's recap, shall we?

Katie and I are officially very proud of Nathan.

I'm trying to remember if I told you all that katie and I were building Nathan a LEGO table.

I've had an on-again/off-again relationship with comic books. I read for a year or two, stop for several years, and pick it back up again for another year or two.

This is why the Electoral College is flawed.

Earlier this evening at the park, Nathan and I found a Funko Pop Spider-Man figure left behind. Of course we took him.

I can't believe I forgot to share with you all our themed Halloween costumes!

Wanna see something cool? Check this out...

Since we're all still basking in the glow of the Cubs ending their 108-year drought, I thought I'd share another gem from a Cubs v Yankees game Katie and I went to in April 2011. 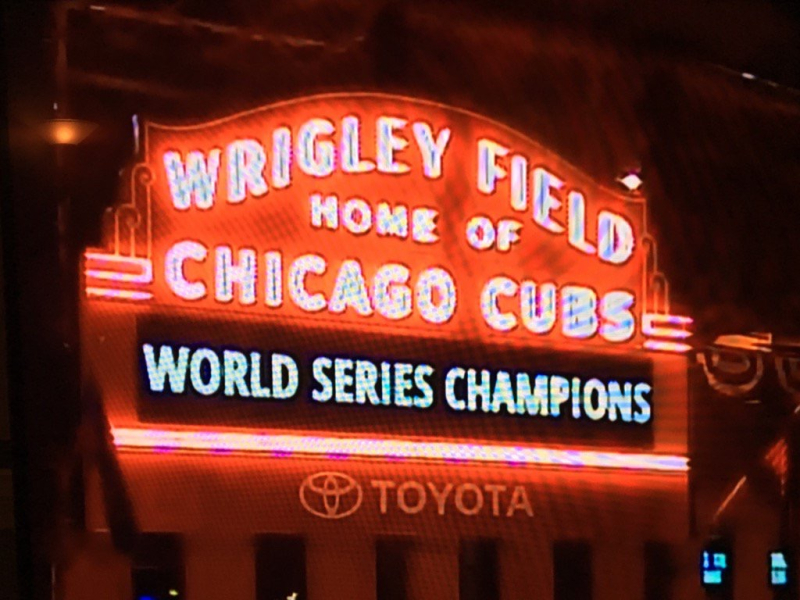 That is all. I'm going to bed. This was brutal and NO ONE can say they didn't earn it the hard way.

Marty gave me some of the best music news I've heard in several years yesterday.