Snippets? Me? Why that hasn't happened in... Years. Literally.

Peaks
It turns out that my Twin Peaks post the other day was not entirely unique.

Go figure that, as I re-read it, it started to sound very familiar. So I did a search of my site and found out I wrote a very similar post back in April 2015.

I blame it on old-age brain.

That's a thing. Look it up.

Security
Today, I was going to gripe about how my iOS password keeper app lost two of my iCloud safes and, despite three support emails and a tweet over the course of 18 hours, I received no help at all.

Losing passwords is bad. It means I cannot login to pay bills.

Not responding to support requests is bad, too. It means I may be seeking out a new app to use. Any suggestions?

On the positive side, after downloading the app to my iPad (I generally just have it on my iPhone) and clicking the button to restore from backup, all my safes showed up on both devices.

I'm still gonna shop for a new one. The lack of a response in what is now 24 hours is inexcusable for a security company like that. Especially on a workday in nearly the same time zone I'm in (the company is Brazilian).

Baking
As I type this, Katie and I are watching The Great American Baking Show on ABC. Damn this stuff looks good. The bundt cakes, the biscotti, the everything! 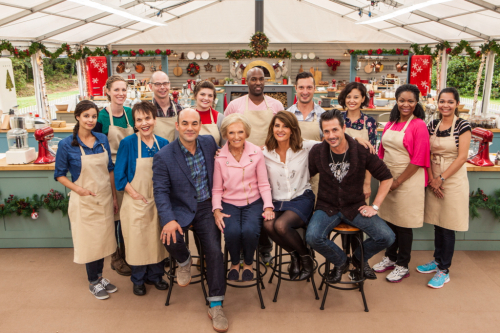 Valiant
A few years ago, I got into the new era of Valiant Comics when the company re-launched as a digital only publisher. I read X-O Manowar, Archer & Armstrong, and Quantum & Woody. I really enjoyed them all, but at $3.99 per issue, I couldn't justify continuing.

Now, however, it seems nearly all comic books are $3.99 each. And I scaled back my subscriptions to just two books that I read regularly.

So along comes the Quidd digital card app with their Valiant Comics line of cards. Combine that with my reduced reading list and the FREE comics that Quidd and Valiant and Comixology teamed up to give us and I'm now reading Ninjak and Harbinger and Rai and... whatever else they decide to throw my way. The cards just give me a whole new way to appreciate the books.

I'm really loving these books and am considering others like Divinity. I'm a Valiant addict.

Nov 30
I'm suddenly feeling as though I should stay put in Illinois and never visit another out-of-state city ever again. The news of the wildfires in Gatlinburg and surrounding towns in Tennessee have been heartbreaking. I vacationed there with my parents... 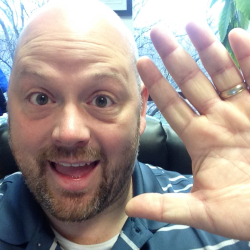 Dec 2
I'm taking part in a fun photo challenge for December. It's sponsored by Funko, the toy company behind those cool Pop statuettes and bobbleheads. I'm totally into this. Here are my first two! You can follow along on Instagram, Twitter,... 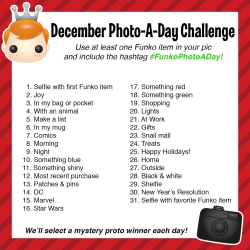 I know it's not always helpful for those "hey I use x and it's great, give it a whirl" when your app of choice isn't behaving. So, er, I'm gonna do that anyway. I've been a very happy LastPass user for ages. Multi browser & iOS support. Curious what app you're using?

LastPass is a new one to me. What do you dis/like about it? I'm currently using pwSafe. It's been great for the last 2-3 years but suddenly got wonky. Might be because I'm using the v1 and v2 has been out for a year but it's new features don't benefit me at all (biometric login via thumb pad). I may do the update just for the support. I dunno. Everything I read after this started happening has emphasized that password keepers are great but should be your "eggs in one basket" solution. Gah!

I second the lastpass recommendation. I've used them for years in my browser and they just made their app free which is wonderful because it's so much easier to use than the mobile site.

Does the app let you link over to the payment sites easily or do you have to copy/paste urls and then copy/paste passwords, etc.?

I've been a 1Password user for the last 7 years. It used to be paid, but there's been a free version available that does basic password functions. I know LastPass is now free for the full product, but I've only used it on a Windows computer.

For syncing between Mac and iPhone, 1Password is pretty solid. The "ouch" is the cost for the Mac version (I think it's $50 - I paid $20 years ago and the free upgrades have been happening every time without asking for more money).

I likely would use it 99% of the time on my iPhone. Knowing that, is 1Password still good?

As a stand alone app and no need to sync to anything but iCloud (or Dropbox), the 1Password app is still a solid choice. And it's free (with option for in-app purchase to cover more advanced options than just password functions)

I'm sure I'll be checking out both recommendations. Thanks!