Meet Brittany and Tiffany. They are twin sisters and students at a high school about five miles from where Katie, Nathan, and I live. We didn't know them personally, but yesterday was their birthday. They would have turned 17 years old. 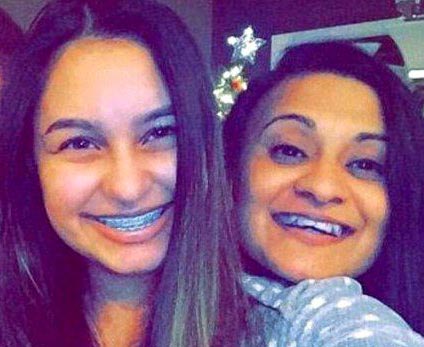 I said "would have turned" because they are dead. Last Friday, they were shot to death by their father.

The father, who I will not dignify by naming, was estranged from his wife and living in a townhouse near the river in downtown St. Charles, IL, one town north of us. Anjum, the mother, was in the townhouse and was shot twice by her husband, once in each leg, incapacitating her and forcing her to bear witness while he shot both their daughters.

According to his own 911 call, he told his wife, "I want you to live and suffer like I did." Then he told the dispatcher, "I just shot and killed my two kids and I shot my wife and I’m going to shoot myself now. My two girls are dead and I’m killing myself." And he did.

I realize that mental illness is a real thing. It's a very legitimate problem in the world. But no amount of rationalizing what he did by blaming mental illness will ever justify to me the killing of your own flesh and blood as a form of vengeance against your spouse or significant other.

If you're upset about some perceived injustice, get professional help. If that doesn't work, feel free to kill yourself. That's fine. I don't care. You'll be exacting vengeance because your suicide will deny your family of any life insurance benefits. That should be more than enough.

But don't you dare take it out on your kids by depriving them and the world around them of their life! They will never know what they could have been and how they could have made the world a better place. It's not just your wife who suffers. It's the grandparents, aunts, uncles, cousins, neighbors, friends, their parents, teachers, employers, co-workers, the community. All of them are now suffering because of your bullshit act that destroyed their world!

How dare you??? You are nothing but a fucking coward. And I hope you burn in hell.

P.S. Upon re-reading, even if the father killed just himself and left everyone else to live, their lives still would have been destroyed. There would be years or decades of therapy and struggling to recover balance in the world. But, given the choice between him killing just himself or himself plus his daughters, I’ll take the former every time.

Mar 14
Yes, the Pitchfork Music Festival 2017 roster has been announced and, to me anyway, it seems a bit underwhelming. The headliners were first announced about a week and a half ago and they are LCD Soundsystem on Friday, A Tribe... 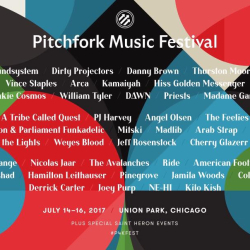 Mar 16
This is another one of those Throwback Thursdays that's not an old photo so much as a new photo of an old object. In this case, my old Nintendo DS that I broke out and recharged the other day for... 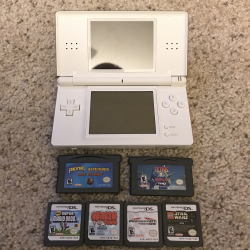 i have chills. can't imagine what ms. anjum is going through.
sickening.