Remember a few weeks ago when Katie and I had HBO free for a weekend and I detailed a bunch of movies I recorded to our DVR? It took some time, but I finally got a chance to get through several of them.

Katie and I tried The Good Guys one night but clearly were not in the mood and gave up. It's still on the DVR in case we think we might regain interest. We shall see. I also have yet to try Crimson Peak because that is one, being a horror film, that Katie has no desire to see.

I'd been working on Speed Racer over the course of several viewings. It was pretty much the only one I thought safe enough for me to watch with Nathan in the room. Sure, there's a little physical violence in the form of a battle with a ninja and another large gang fight in mid-race. But, otherwise, it was just a lot of racing action and Nathan dug it... when he actually looked up from an iPhone to see what was going on.

What remained were Suicide Squad and X-Men: Apocalypse and I finally got a shot at those on Sunday night. What a mistake.

Usually Katie and I give a movie a half hour to "grab us" and then will give up. I gave Suicide Squad an hour because it was a movie I really had wanted to see in theaters and never got around to doing so. That's an hour I will never get back. In some ways, it reminded me of The Avengers because it was a collaborative effort amongst so-called "supers" to fight off an alien horde. It just lacked anything that made The Avengers enjoyable, though.

The characters were not any fun at all, not even Harley Quinn (Margot Robbie) who was the one I was really in it for. And, so far as I'm concerned, Jared Leto's Joker is the worst of all Jokers in D.C. film & TV history. Maybe I'm spoiled because Heath Ledger's performance in The Dark Knight was so masterful, and here was Leto with a take that was just... nothing. For all the fuss made about his "method acting," it was horrendous. The best thing about the movie was Will Smith's Deadshot. He was pretty cool to watch. But that didn't stop me from deleting it after that first hour. 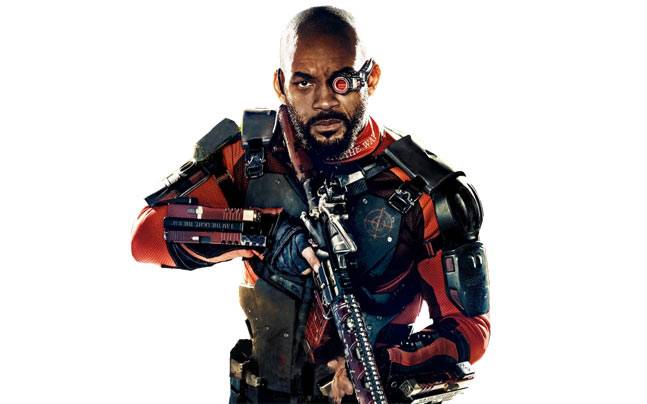 Next was X-Men: Apocalypse and perhaps I was just soured by what I had seen from Suicide Squad but I gave up after about five minutes. Some crap about the Nile River Valley that reminded me way too much of Enchantress' scenes with her brother in the previous movie. But, whatever, it was deleted.

So I went and finished Speed Racer and now there are only two movies left on the DVR. Wow... summer...

Deadshot (Will Smith) was my favorite character in Suicide Squad. That helped make the movie watchable for me.

Have you seen Batman vs. Superman yet? I'm trying to recall if you blogged about that (I didn't find it when doing a search).

I have not seen it and have zero desire to either. Especially after this mess.