The other day, Kevin Spencer treated us to a rare, non-photo blog post asking us to rank five technology giants based on our likelihood of ever giving them up. I promised in his comments that this was going to be a blog post of my own, so here it is...

The tech giants to be ranked are, in alphabetical (this will be funny in about two words' time) order, Alphabet (the parent company of Google), Amazon, Apple, Facebook, and Microsoft. You must also consider all companies, products, apps, and software they own or created as well.

1. Microsoft. While I use Microsoft Windows and Office products at work, there's nothing to say that I couldn't be using something else entirely. I've used Apple's productivity suite and like it a lot and have found it highly cross compatible with Microsoft Office products. The only issue would be connectivity at work where we rely on Windows Servers and Sharepoint and all that jazz. I never use Skype and don't even have an account. I've never even played an X-Box. LinkedIn hasn't proven itself a consistent-use networking tool although I have an account. But I can see a day coming when I'd give up on Microsoft entirely. And be happy about it.

2. Facebook. I hate Facebook. I thoroughly despise its invasive nature and how seemingly proud the company is of this invasiveness. But, I just can't really give up on it. I need it for the purpose of adminning ("admin'ing"?) my work account which requires a personal account. Oh, and Katie uses my account as her own. Plus, it's one of the only ways to share photos of Nathan with a mass number of people without going broke on photo printing and postage. Alas, I am stuck with it. For now.

3. Amazon. While we shop on Amazon a lot, that is the majority of what we do... shop. No, I did not mean "buy," I meant "shop." As in virtual window shopping. We really order very little. We nearly never use Amazon Prime Video because so much remains behind an additional pay wall that goes above and beyond what we pay annually for our Prime membership. Same goes for Amazon Music. I thought about ditching Spotify recently and went to Prime Music to look up two albums off the top of my head to see if they were available. They were not. I bailed on that idea almost immediately. And while Alexa is a cute toy to have, we have not been able to use it to its maximum effect by a long shot. We'd have to make such a huge investment in home automation that it's just not worth it. Poor girl collects more dust than requests.

4. Alphabet. I use Google a lot. I use the search engine, Gmail, Google News, Google Maps, YouTube, Webmaster Tools (occasionally), Analytics, Translate, Waze, and some others I can't quite think of offhand. But this doesn't make me wedded to them by any stretch. Alternatives exist for nearly everything listed above and I've used those alternatives many times and am happy with them. The only irreplaceable one is YouTube. I could get away with moving to Vimeo full time for posting my videos, but Nathan is obsessed with watching toy videos on there. He's really good at YouTubing. Amazingly good. And he'd be destroyed without it. Oh, and I've never much cared for Google Docs and I despise Android. I'd rather have a Windows Phone than Android. I'd rather have Blackberry than Android.

As a note, Amazon and Alphabet were very hard to rank against each other. Honestly, either could be 3 or 4.

5. Apple. Who didn't see this one coming? I've been an exclusive Mac owner since 1999. Katie and I have purchased three Macs although our reliance on desktop/laptop computing has waned dramatically due to our iPhone use. Speaking of, Katie has had four iPhone models (3G, 4, 5c, and 7 plus) and I've had three (same as her, minus the 3G) and we've each had one iPad. We've debated AppleTV but don't have an open HDMI port in our TV and haven't researched switchers. If Apple offered a cable-cutting TV replacement that let us pick channels a la carte, we'd probably jump ship from DirecTV in nearly a heartbeat. And while I really haven't had much opportunity to use our Mac computers lately since I'm exclusively Windows at work, we have talked about the chance to buy a new Mac and make it more "relied upon." We want this to happen. 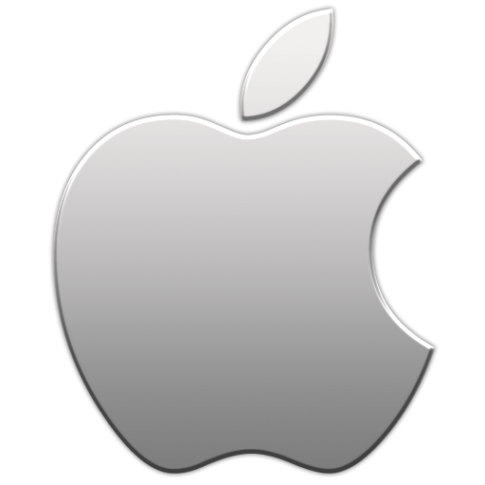 May 18
If the spam folder of my primary email account is to be believed, I owe some women a lot of apologies. Check out these gems I found this morning... I will ask my sister. My non-existent sister. I promise. But... 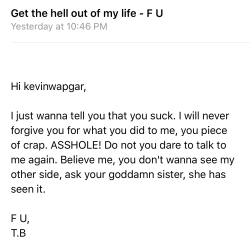 May 20
Have you ever heard of Russell Walks? If you're not familiar with him and consider yourself a fan of Star Wars and other forms of pop culture, you really should be. Russell Walks is an artist. An amazing artist. He... 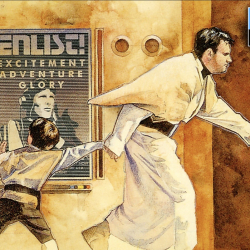 Not surprised at your Apple ranking mate! I chuckled at you saying I treated you all to an actual real life blog post :-)

It was very noteworthy. BTW I meant to note in my Facebook listing that I'm an Instagram devotee so that would make me second guess a total dump of Facebook. Products anyway.

I like that you, KevinAZ and myself all ranked Apple as last to ditch.

I didn't see yours.

I thought I had posted it last week, but it was still in my drafts. I posted it today. http://www.banalleakage.com/2017/05/31/tech-giants-dropping/

We only differ on the first two. Not bad!