As much as I used to dominate in step challenges in the past, this has not been the case so much lately. Despite rolling back my daily step goal by 2,000 steps, I'm not even making that regularly.

It used to be the case that I would hit my goal regularly on weekdays and almost never on weekends because I'd fall back on the idea that I had earned the right to be lazy. Now, my weeks tend to look more like this... 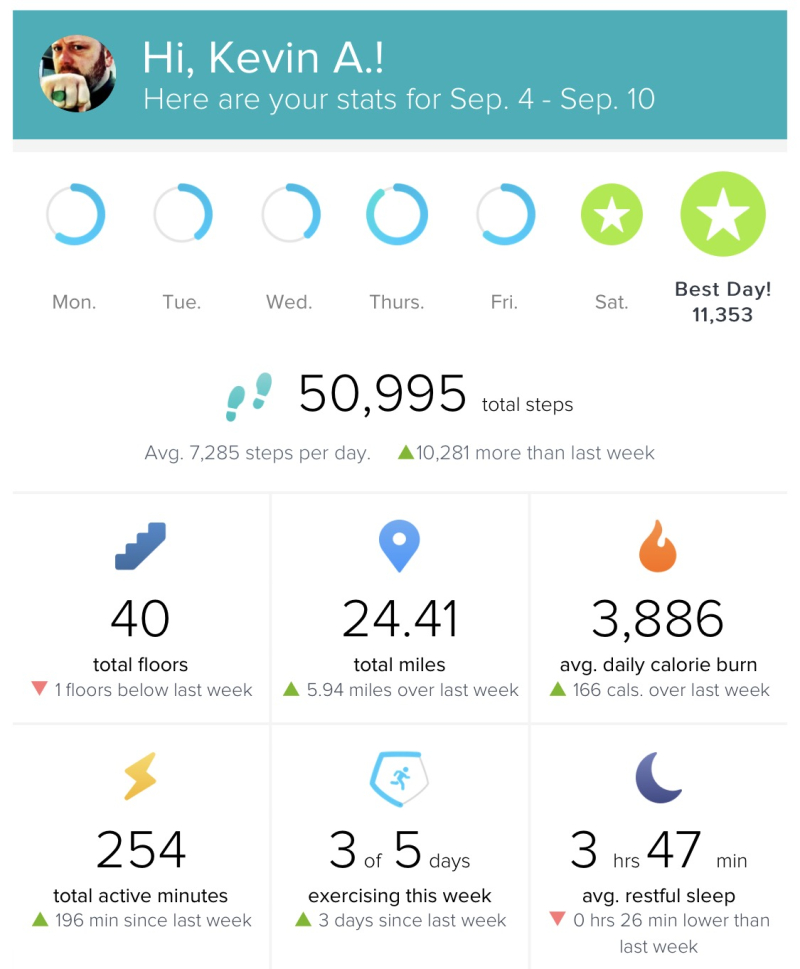 It's kinda sad, but it isn't. I'm just a lot busier than I have ever been with work. And I'm happy about it. I love my job and enjoy sitting there and getting work done.

But therein lies the problem... I sit there while I get work done. And not only my steps, but my back pay for it.

So this past Monday, that sitting there problem took a dramatic step forward toward eradication. That was when one of the bosses at my company gifted me this little gem... 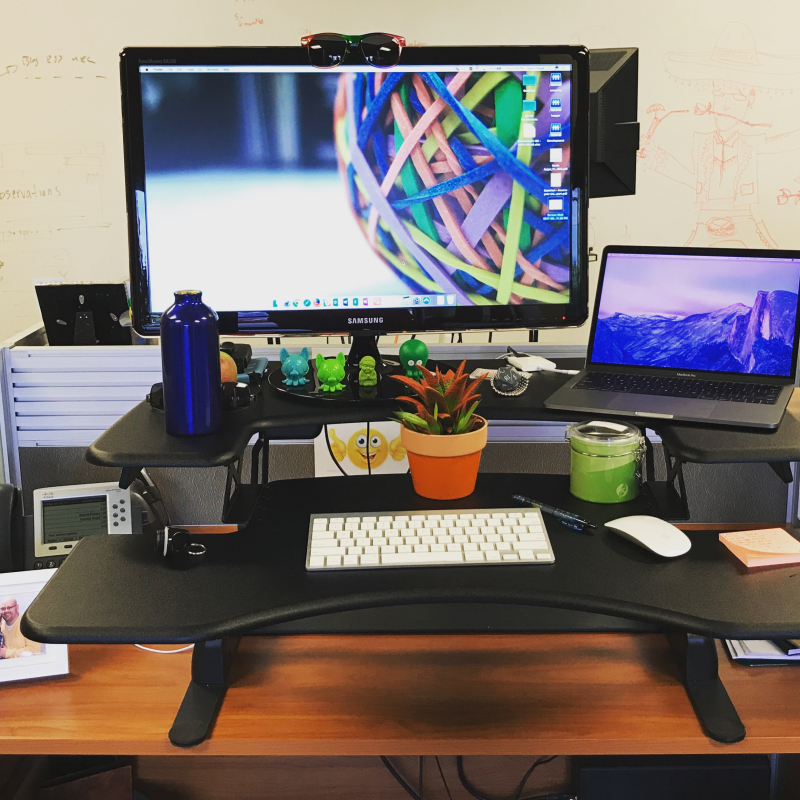 It's a Varidesk standing workstation. But it's also adjustable so I can sit if I need to. And it's awesome!

My back issues are not nearly as bad as they were and, while not quite at my goal, my steps have improved because I'm more prone to move around as I'm already upright than if I was seated.

I'm still getting used to it and I may have to get some Dr. Scholls inserts as I'm relying much more heavily on my feet than ever before, but I'll get there. I've used it exclusively in standing position since I got it but I'm sure it'll be put down sometime just for a break.

What a nice thing for your boss to do!!