Time for my first installment of Snippety goodness for 2018. And it’s on a Wednesday, just like the old days. Buckle up! Hunker down! Step aside!

One down, eight to go! 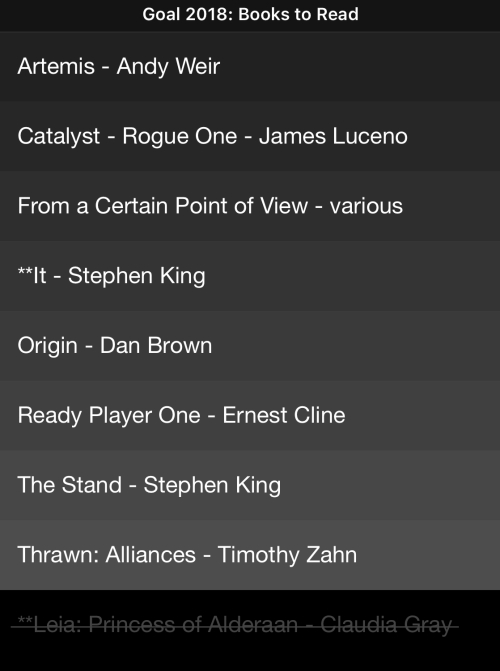 And what a doozy to start with. I thought Timothy Zahn’s Thrawn was my favorite Star Wars Book? Now it’s Claudia Gray’s Leia, Princess of Alderaan. Hands down.

If you haven’t already, read it! You will not regret it.

Speaking of imperative entertainment, I saw a trailer tonight for Paramount Network’s Waco, about the raiding of the Branch Davidian compound run by David Koresh in 1993. Check out the trailer... 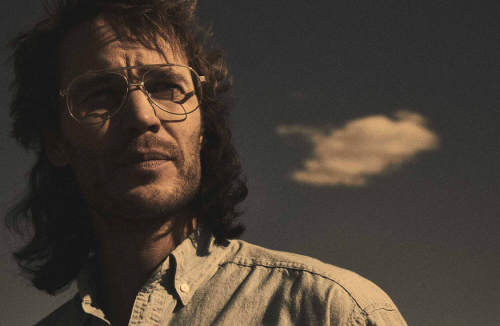 Had you ever heard of the Paramount Network before watching that trailer? Me neither. And, when I looked it up, it turns out it’s the re-branded Spike that launches tomorrow (January 18).

Turns out that Hogarth and his associated app are a lot of fun to play with. It’s cool to open the Nest app and just move the dial around.

I have to admit, though, that Eco mode, so far, makes no sense at all. How is it better for my energy bill to turn up the heat to 70° when I had it set to a high of 68° previously? Seriously! I had a preset for a high of 68° and decided to turn it down. The thermostat offered to go into Eco mode. Within a half hour, the temperature read 70°. WTF?

That is all for this installment of Snippets.

Is your Eco mode set to 70º? That seems high. I think mine is 60º. In fact, checking the setting in the app shows the default Eco heat value as 50º. Though, you said "a high of 68º", so maybe you're referring to the cooling setting?

I will have to check more closely. I never set a cooling setting so it sure why that would’ve happened.

I’ve also set a one book a month reading goal for 2018. Last night I just finished my first ever Thrawn book Heir To The Empire and now I’m reading Dark Force Rising.

Those are classics. But you gotta read the new one when you’re done. And a sequel is coming out this year. Thrawn is one of my all-time favorite Star Wars characters.