My mind is a bit scattered right now after a busy day at work and having just finished a workout. So how about some Snippets?

Sadly, this was my first day at the gym in a week. Had a few rough nights of sleep and the weather was really bringing my mood down, so working out was not at the top of my want-to-do list. But today I went, did an hour of cardio, took a hot shower, and now I’m better. I’ll try again tomorrow, too.

I’m really getting down on my Fitbit. I’m annoyed that it focuses solely on steps. I really wish there was a way that it could accurately track more than just walks, runs, and hikes. I want it to track cycling, swimming, cross training, and anything else I could ever think to do.

I want it to be a true fitness tracker because, despite the fact that I did eight miles of cardio work (1.5 elliptical and 6.5 cycling), I’m down on myself because I still haven’t hit my step goal. Only 4,000 steps registered. That’s two miles. And that’s complete crap.

Aside from my non-Fitbitted distance, one good thing that came of my workout is that I managed to finish my Audible copy of Ready Player One. Damn, that was a fun book! I really enjoyed it even though I caught narrator Wil Wheaton as he mispronounced a word or three here and there and over-enunciated the heck out of many others.

As for the movie, though, I don’t see how it can possibly capture the magic of the book. I know Steven Spielberg is directing and he’s capable of some seriously amazing stuff. But the sheer level of licensing necessary to make it happen in earnest is staggering and the trailers aren’t really getting my motor humming, as it were.

I also had time at the gym to finish a viewing of Rise of the Planet of the Apes that I started a week ago. I know I rave about these movies a lot but they are amazing! I’m going to go on record and say they’re the best trilogy of films ever. Yes, that means even better than the Holy Original Trilogy. Individually no one film is better than The Empire Strikes Back, but as a whole entity?

One cruddy thing that has happened since I had to restore my iPhone over the weekend is that my third party charging cable no longer works reliably. I got a braided cable for $5 because I’m sick of the cheap AF $20 official Apple cables constantly fraying.

Apple, you need to fix your shit. This third party issue has been going on since iOS 8. I know you claim to be protecting us from potential issues that could arise from products you don’t make, but until you come up with a cable that is inexpensive and sturdy, make your iOS accept others’ wares! Hell, we have to use third party since you don’t even have an on-brand car charger at all.

Feb 20
As I’m hoping you’ve noticed by now, I am a fairly big fan of music. I do a vast majority of my listening via streaming media these days. Although, in my past, I was a concert-hopping junkie. Yup, back when... 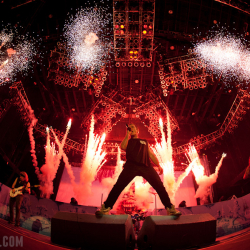 Feb 22
Remember the good old days of making mix tapes for friends or someone special? Then it was mix CDs, maybe mix minidiscs (if you were Katie and I) and, to a lesser degree, mix MP3 playlists. Yeah you can still... 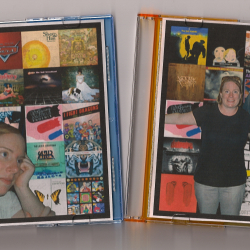 I've always had good luck with RND Power Solutions cables which are sold on Amazon. No issues with my iPhone and they have the extra long cords which I love.

None of those compatibility issues?

We pay enough for our phones. Why do we have to pay that much for a cheap POS charger too?