Despite a strong desire to sleep, I got up, showered, and went to  Record Store Day 2018.

Being that I got there only an hour before it started, I was #67 in line, which didn’t strike me as terrible. Until I saw that they only had four copies of the AC/DC and five copies of the Wu-Tang Clan cassettes I wanted.

I didn’t have to wait in the same line as everyone else since I only wanted tapes, but I still wasn’t able to just jump right up to the registers (where they had the cassettes). So I waited through about two dozen cash-outs and then was told to jump in.

AC/DC was gone. But only one copy of Wu-Tang sold (I’m sure it was Martin Shkreli). Here’s my haul... 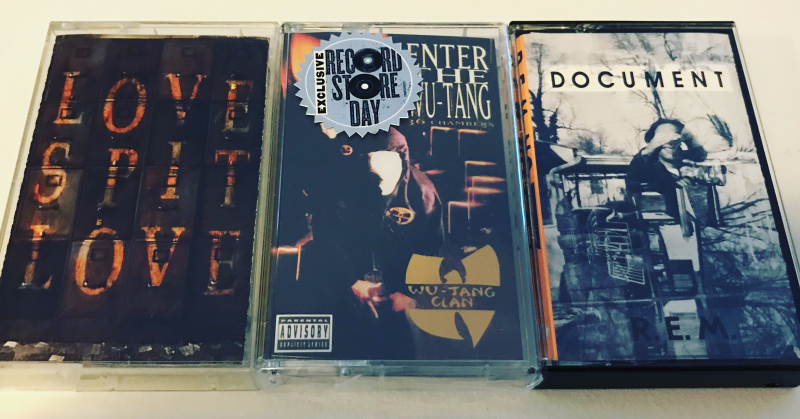 I saw someone there spend nearly $1,000 on vinyl. I know the guy, too. It was a crazy haul. Of course it included one of the AC/DC cassettes so I officially hate him.

I’m not sure if I would go again for as few cassettes as they had. And I don’t want to go earlier and wait in line forever.

But Steve Warrenfeltz, the owner of Kiss the Sky in Batavia (where I went for RSD) told me there is actually a Cassette Day. It’s a thing that’s been happening for a few years. He did it once but probably not again so I may have to do some research in where I can go. I wish this was my collection.

Apr 20
When we first moved into our home, our next-door neighbors were a nice elderly couple. We didn’t really associate with them too much, but it was very friendly. He particularly took interest when he saw me with the garage door... 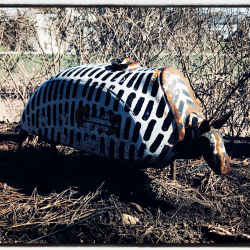 Apr 22
With all the acquisition and splitting apart discussions regarding Yahoo of late, my photographer friends and I that have or still are users of Flickr have been wondering what will happen to our beloved photo storage/sharing app. The answer came... 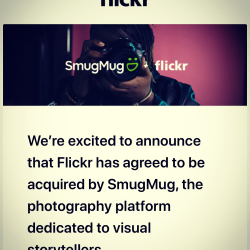 So I asked Freecycle and someone said they had If you want blood and Let there be rock
Interested? :)

I’m actually looking specifically for the Back in Black Record Store Day exclusive release. Thanks, though. I do appreciate it!

Woo! I'm glad you were able to get at least one of the items on your list. Out of curiosity I asked the record store where I had planned to go how many copies they received of the LP I originally wanted. TheYea said 3 and that they sold fairly early in the day.

Yeah, my store was letting the first two or so put holds on what they wanted for the really limited stuff like the Johnny Cash box set that they only had two of. Not sure how many Cure albums they had. I still want the AC/DC album but it’s going for about $10 more than in-store cost on eBay. I’ll wait until it calms down a bit.

Nice. One thing I do miss in this day and age of digital media is going to someone’s house and being able to physically see their music collection.

That was always how I broke the ice with new roommates in college.