I'm just going to put it out there... I am scared to see The Avengers: Infinity War, Part 1. There. I said it.

The reason is pretty simple. I much prefer the standalone Marvel Cinematic Universe movies.

I love the Iron-Man movies. I worship the Captain America films (although that third one may as well be an Avengers film, and I tend to think of it that way). Ant-Man was great. Spider-Man: Homecoming was a lot of fun. The first Thor was good, never saw the second, and loved Ragnarok. Black Panther was magnificent.

The first Avengers film? Good. I enjoyed it a lot the first time I saw it. But, to be honest, I haven't enjoyed it as much in subsequent viewings. Age of Ultron, though? I fell asleep during it and still haven’t finished it. 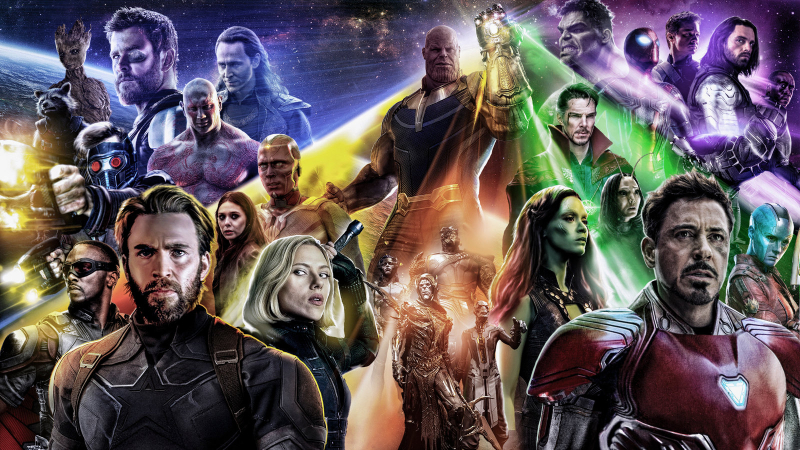 [image courtesy of ralfmef on DeviantArt]

How can you keep up and still give enough screen time to each to make it worthwhile?

I don’t see how you can.

But I’m sure I’ll see it eventually. Maybe on home video. Library rental or whatnot.

In the meantime, here are a few movies I really want to see! When they come out.

Oh I’m dying for these.

No spoliers. But it’s very very good. How they managed to make a movie with this many characters be remotely cohesive is bloody impressive.

Tag looks so funny! The preview makes me laugh so hard!

I am with you on Infinity War. I haven't liked the previous ones of all the super heroes together either. Too much going on, and I get bored. We'll see it someday, too :)

I laughed so hard when I saw the trailer for Tag. Ohmigod.

I saw Avengers Infinity War this past Monday and really liked it. Echoing KevinAZ's very very good is very accurate. I get the scared. I still have the first 2 Iron Man movies at the top of my Marvel list. And I liked most of the other movies (Thor: Ragnorak had some parts that were over the top, IMO). If you can avoid spoilers before it comes out on video, that would be a rare challenge.

I think I’m going to see it tonight.