I am going to make a bold declaration right now. It is one that many may not agree with and may curse me for saying. But it's how I feel and nothing you can say will change it.

Allow me to justify.

Overpriced? Duh. I don't think I need to say anything else on this topic. They are a utility and should be priced as such. Anyone buying into hugely overpriced cars in order to make them a status symbol is a part of the problem. You enable carmakers to charge what they do. 'Nuff said.

Maintenance costs? Waaayyyyyyy too high. And cars are becoming so much more specialized that you see third-party mechanics having to exempt themselves from doing work on certain cars. And third-party, as far as I'm concerned, are often better than the mechanics at a car dealership because this is their livelihood and they have to prove themselves. Dealer service centers have a guaranteed customer base due to warranties. They don't care.

Running costs? Look at the cost variability of gasoline and how, despite alternative fuel sources having been available for decades now, it is still such a market dominator. I know that there is no one single gas company that could constitute a monopoly. They're too careful for that. But if you could look at the gasoline industry itself, then they certainly have a monopoly and should be investigated as such. But it will never happen because big oil lines the pockets of all politicians, regardless of party affiliation. Speaking of investigation, if any other item in the free market changed price as radically and quickly as fuel does, it would be investigated. But, again, big oil will never be.

Complexity? My dad used to tell me stories of the first cars he owned and how he used to be able to climb inside the engine compartment and make a lot of fixes himself. He felt comfortable doing just about anything. Just look at how simple that is! Even I'd be willing to take a stab at working on that. 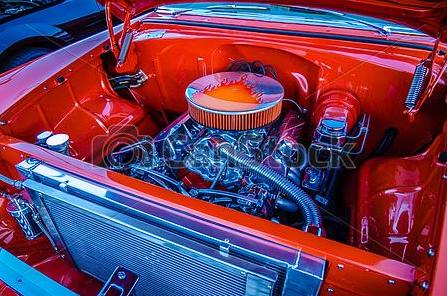 Now? I don't even think my dad opens the hood of his car. Sure it has a little to do with age. I mean we all hit a point where scooting underneath a vehicle to do an oil change is not feasible. But I think even if he was his younger self with today's cars, he wouldn't bother. I can't blame him for that one bit. They're ridiculous under the hood. Too much crap in there supposedly in the name of safety, environmentalism, convenience, automation, etc. Blah blah.

We’re at a point where we even have to worry about cars being hacked. And in the case of many cars, we can’t even do the firmware/security updates ourselves. We have to wait for recall notices.

It's all a scam as far as I'm concerned.

+1
My first car, a 1984 Ford Laser, cost me $17,915.16 over four years.
My second car, a 1989 Ford Laser, cost me $48,051.00 over seventeen years.
That's purchase cost, insurance, rego, petrol, repairs, and insurance payout on the first car after it was kidnapped and murdered.
Stu's car on the other hand.. yeah I worry about manufacturers services we get done... would rather take it to a "real" mechanic..

I just feel like they do the bare minimum just to get it out the door and be able to legally say, “It’s done.” The mechanic I used made me feel a lot better about what was happening.

My current car, a 2012 Nissan Sentra was just shy of $20k and there were various issues with it during the first 5 years (which were all covered under warranty). But your point stands... it's a new car. There shouldn't be issues for something I spent 20 grand on.

I hate it. And I will have a new post soon on everything that has been happening.