This past weekend saw the launch of the latest Star Wars film, Solo: A Star Wars Story. This is the one that fans thought was completely unnecessary and were hoping would never actually happen. Admittedly, I was partially in that camp. While I wanted to know for certain which tales were "real" and which were not, I didn't think I really needed to know to the point of dedicating a full 2+ hours to it.

Now that I've seen it? I have to admit I really kinda enjoyed it. It's a swiss cheese biography story. It's a heist film. It's a love story.

It wasn't great, but I certainly liked it more than The Last Jedi from this past December.

Alden Ehrenreich, the subject of all sorts of bad on-set rumors about his lack of acting ability, I felt exuded all the charm and roguishness that we'd expect of our favorite scoundrel. I found myself rooting for him throughout.

Joontas Suotamo is a great Chewbacca. While I will always love Peter Mayhew's performances in the past, people get old. That's just the truth. And this was a very physical role for Chewie.

Donald Glover as Lando? Oh. My. God. LOVED HIM! He was spot-on casting.

I'm going to keep this spoiler free, but I will say that the new character -- Enfys Nest -- who is playing counter to the crew Han joins up with deserves a movie in the non-Skywalker film series. 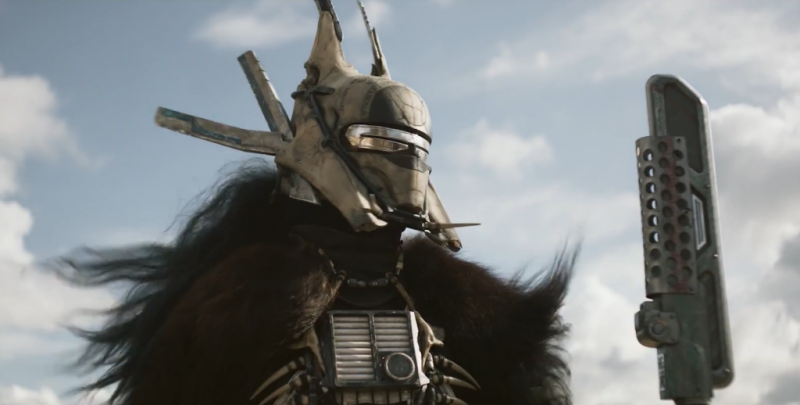 I would love to see a film that spins off this that still has Han, Chewie, and Lando as tangential characters but focuses more on the story that surrounds this new character. It would be so cool because it could bring in so many other characters that exist round the margins of the Star Wars universe.

I need to dig up my Star Wars ranking guide.

So what did you all think? If you've seen it, that is.

The only other thing I heard about it was that they had reworked the Imperial March into a major key, as some sort of propaganda tool (within the movie), but even that didn't make it a "happy" tune.

Nice to see Rogue One up there on your list. It’s fun to see where different people rank the movies.

I love Rogue One so much. So so much.

Not really a happy song.