By now I’m sure you’ve heard the stories about Amazon Echos freaking out. Like the one Alexa that recorded a conversation and sent it to coworkers. Or one that started laughing spontaneously.

Has anything similar happened to you?

One involved Nathan and I downstairs talking about DuckTales. He and I were trying to figure it some of the lyrics and we just couldn’t come up with a line. All of a sudden, the Alexa behind us started playing the new DuckTales theme.

Nathan and I just looked at each other. Both a little creeped out. Nathan told Alexa to stop. We were done.

A little later, we found out Katie overheard us and decided to send the song down to us from upstairs. So that one doesn’t count really. Even if we were freaked out. 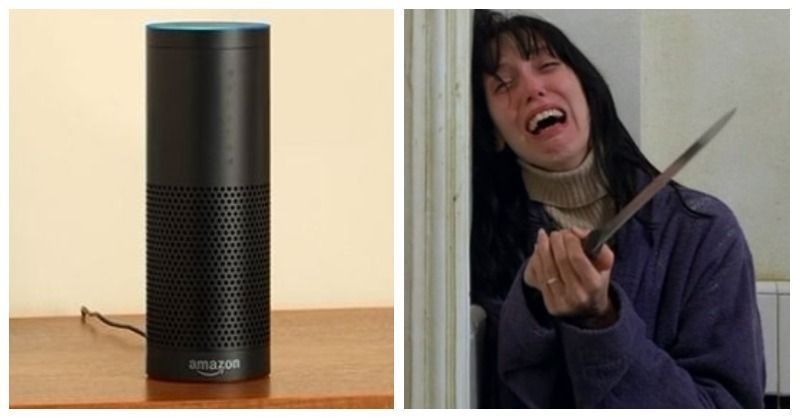 But a week previously, Katie and I were upstairs watching TV in bed and all of a sudden I heard talking downstairs. Nathan was asleep in bed and the house was all locked up.

I paused the show and started listening. It was Alexa playing music at nearly full volume and then she announced that she was synced to my iPhone. I checked settings in my iPhone and nada. No connection established.

I went to the hallway and told Alexa to stop. It took two commands to make it work as the first only made her turn the volume down.

Basically, Alexa is a petulant teenager who doesn’t listen to her parents. WTF??

Sometimes my Echo will respond to what she must think was a command even though no one has said anything. The TV is usually on so she must hear something from that. This is why we haven't linked our contacts to it and don't plan on it. Could you imagine her sending someone a private conversation???

I don’t think we’ve linked our contacts to her. Is there a way to check for sure?

Depending on how loud music is playing, I have to get pretty close to it for it to stop. Or I'll have to use the app to stop the music. As for eavesdropping, I don't recall any experience so far.

I guess that’s a good thing.