Here’s an interesting pair of Throwback Thursday photos for you from the iPhone 4 launch at the Apple Store - Main Place (Naperville) on June 24, 2010.

This first shot shows the line going down the street. 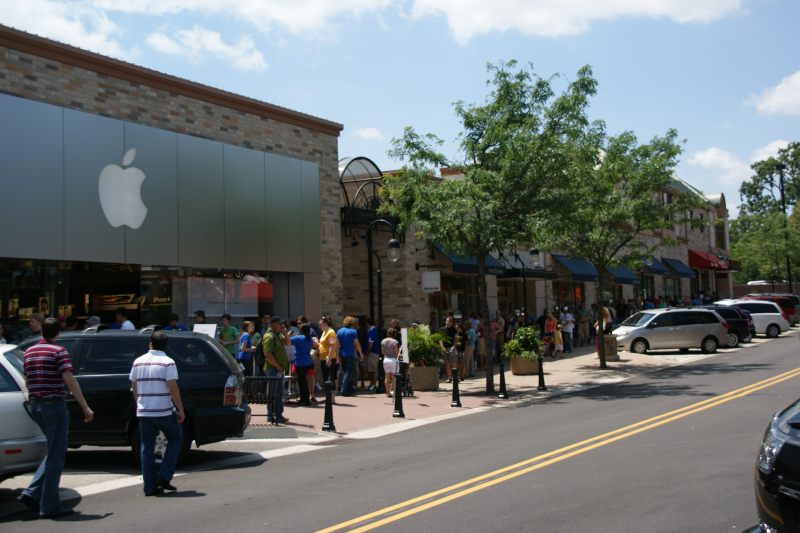 As I recall, it even wrapped up the next street. And this was four hours after the store opened.

I really like this one because it was customer service at a high point. 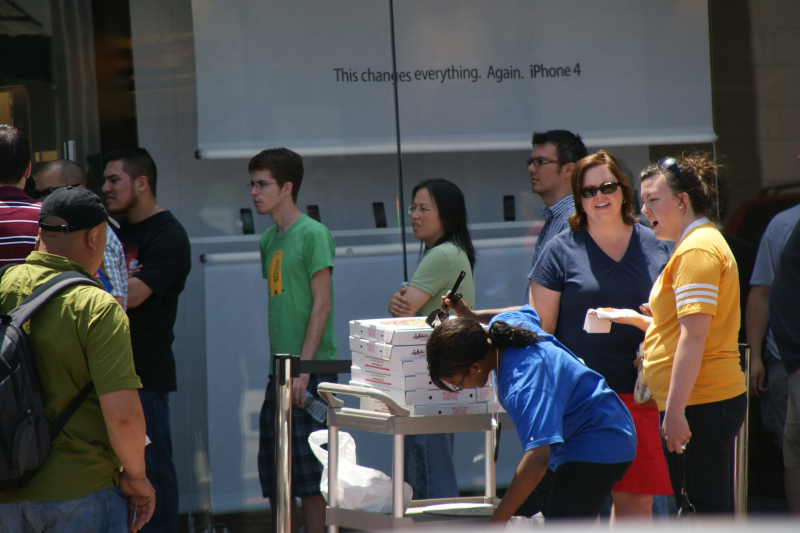 The Apple Store bought pizza for people waiting in line. How cool was that?

Nice throwback to the iPhone 4 launch. My first iPhone launch was the 3GS, but I wouldn't get the phone for a good 6 months later. Even when I went to day 1 launch for iPhone 6S Plus, I couldn't get one for almost 1 month later.

It’s not even worth trying. Too many diehards.