Cinderella and I go way back. And I don't mean the Disney or Grimm princess, either. I mean the glam metal band. They're actually one of the first glam bands I really began to jive with after my self discovery of music kicked into full gear in middle school.

I identified with them and their blues-inspired riffing immediately. Their Long Cold Winter album was one of the first tapes I bought for myself completely on my own. And I listened that thing into the ground. 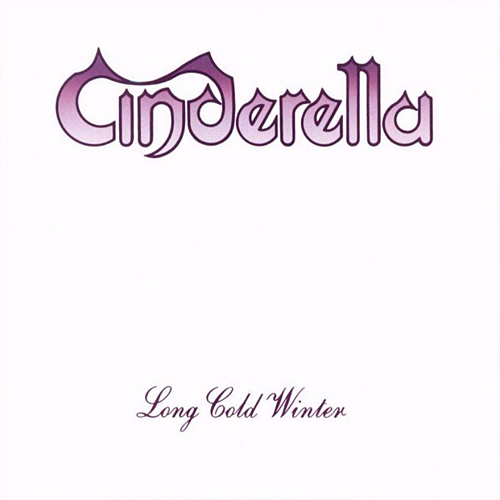 A couple years later, I started taking guitar lessons and one of the first songs I learned to play was "Gypsy Road." A faster rocker than most of the songs for which Cinderella is renowned, it was a great one the love for which was shared by my guitar teacher and me. It was full of interspersed longing and despair as the subject is trying to accomplish a goal the finish line to which just keeps getting yanked out from under him. Or, at least, that was how I always interpreted it. But it's still very hopeful.

Even though I no longer own a guitar and haven't for 20 years, I can still walk into a guitar store, pick up an axe, and play a majority of that song. It has always stuck with me.

Gotta admit that the video is really goofy. The contrast of the band in all their regalia traipsing through rundown Mexican towns and Central and South American ruins is a bit much. But, whatever.

"Gypsy Road" is not only My Favorite Song from Cinderella, it's a top five song for my life.

My ex-wife was a big Cinderalla fan so this album was often on rotation. Like you I instantly loved Gypsy Road the first time I heard it.

I thought you were going to say you hated the album because of its association with your ex. An ex I didn’t know you had, BTW.

Great pick for favorite Cinderella Song. I'd have to say it was an instant like for me the first time I heard it.