One thing I feel like I’ve missed out on for far too long has been the game Cards Against Humanity. It seemed like everyone I knew was playing it... and loving it... except me.

I would read blog posts about and see social media quips and view photos on Instagram. But not I.

I almost bought the starter box a handful of times when I would see it at a game store in our local mall. But I didn’t.

I nearly grabbed it off the shelf when it became available to the mainstream at Target last year or the year before. I held back.

I think I worried that I had built myself up so much that the game could never live up to my expectations (like The Last Jedi... 🤯). 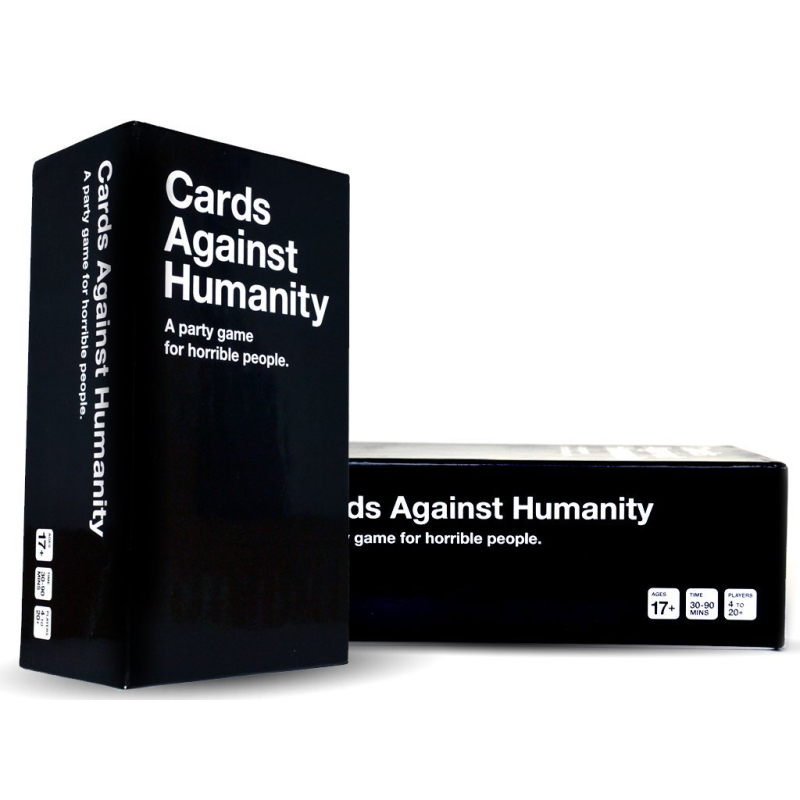 Tonight, I finally remedied the situation with our old crew of gamenighters. Three couples... one brand new copy of Cards Against Humanity. Apparently Katie and I weren’t the only ones who’d never played it.

Three hours later, we finally disbanded to go home. We had so much fun that we completely lost track of time. 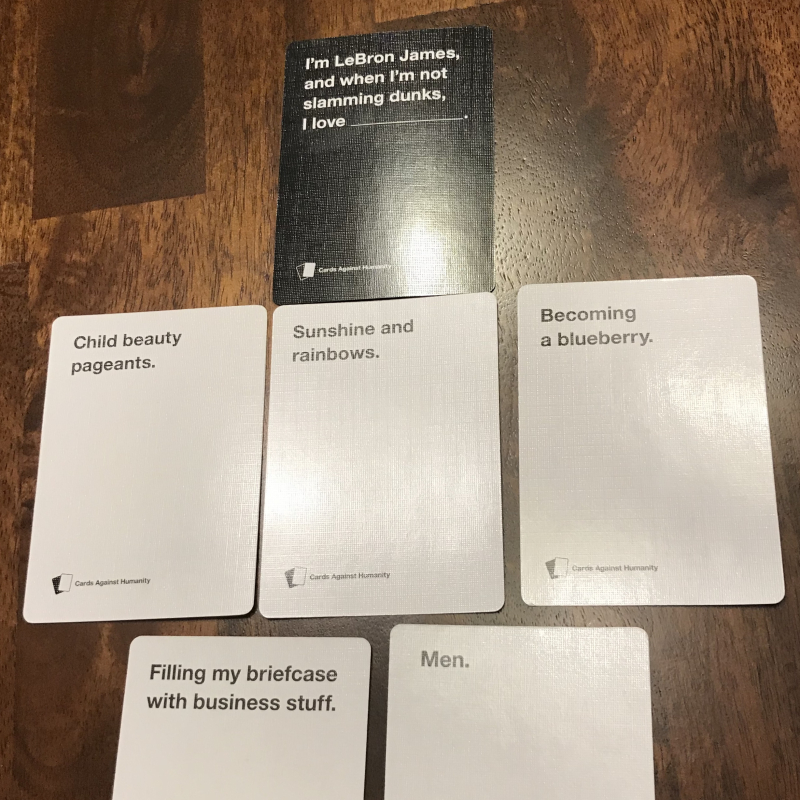 Enjoy the thrill while it lasts. After about 3-4 times playing it we stopped enjoying it.

You’re not supposed to scare me off like that!