I realized something the other day. I already knew it, but it just didn’t click, as it were. I’m done driving Nathan to school and picking him up afterward. And, in another five weeks, I no longer have to drive him to and from daycare. At least not regularly.

Since he was three months old, I had to drive Nathan to and from daycare two days a week. On a third day, I was driving him to and from my parents’ house.

Once he started preschool this past year, I also would drive him to school and shuttle him to daycare after that before going into the office.

It’s all ending because he’ll be going to full-day kindergarten near the end of August.

He’ll take a bus to school every day and either take the bus home or be picked up by Katie after an after school program every day. No me at all. 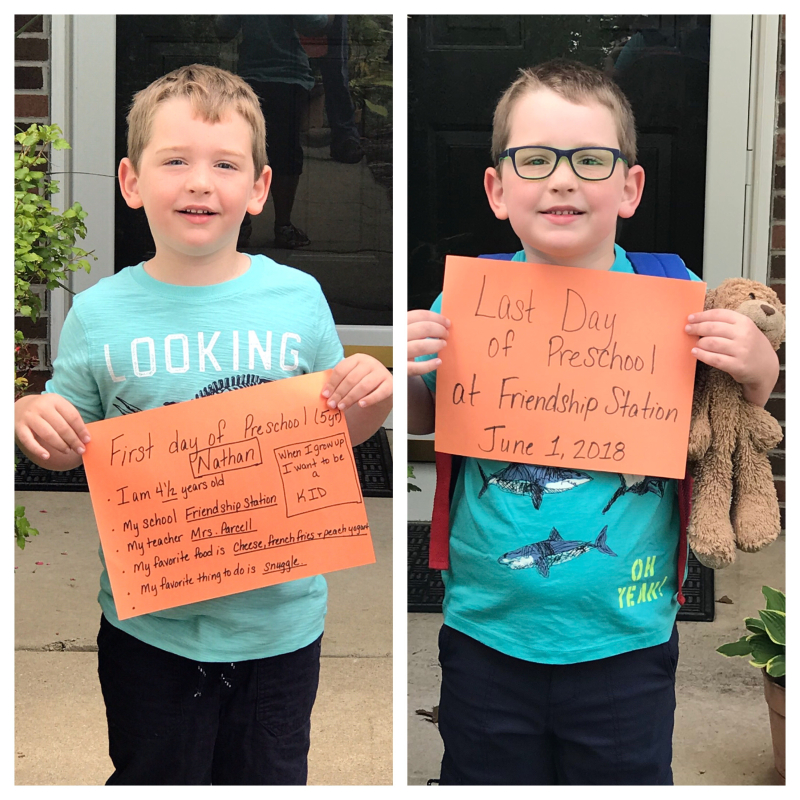 Although school ended a month and a half ago for him, I was still doing the rounds with daycare so I was still his chauffeur. However, as that is coming to an end soon, I finally realized how out-of-the-loop I will soon be.

I also realized how much I enjoyed doing that. I missed it for his first year of preschool because it didn’t fit into my work schedule. But my new job afforded me the freedom to do it for a year. And I liked it. A lot.

All gone. What a load of suck.

Well that does suck. I think my husband will definitely miss dropping off and picking up our son when he is done with daycare in 3 years. I guess that's something we don't think about too much. Also how the heck do they grow so fast?? I can't believe he's starting kindergarten next year!