Question for y'all... are you fans of the Tomb Raider movies?

There have been three to date:

I've only seen bits and pieces of the Jolie films and never got through them because they never really captured my attention. I'm not a big Jolie fan and I hate seeing Americans fake a British accent. What? Not enough women able to throw a punch in the U.K.? Not that Vikander is British either, I suppose.

I think my issue (and feel free to correct me if I'm wrong) is that Jolie always seemed too much for the role. She always struck me as having been cast because of her sex appeal and nothing else. And she always looks too perfect in the movies. She never really gets down and dirty and beat up and bloodied. I mean, every image of her I've ever seen from the pair of films, she looks like she's doing a modeling shoot. Something for Sports Illustrated or, well, more appropriately, Guns & Ammo. She exudes confidence almost to a fault as there's nothing she can't do. You never worry about her in the films. 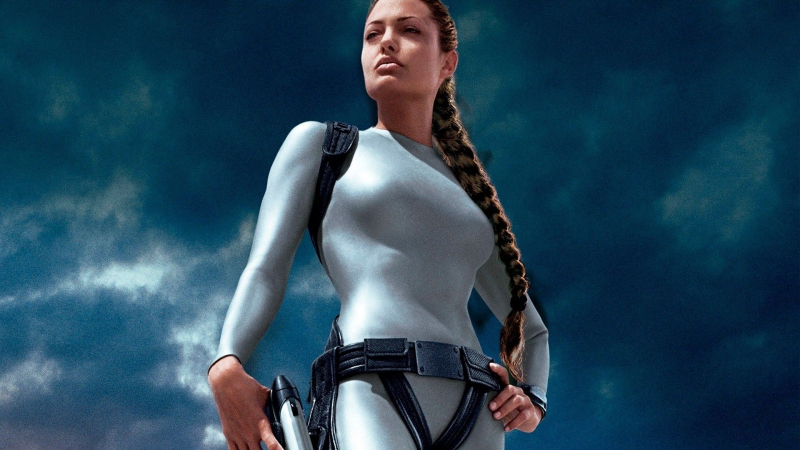 To me, Angelina Jolie's Lara Croft is an analogue to Roger Moore or Sean Connery's James Bond. All pretty and debonaire and elegant and... completely unbelievable and unrelatable.

Alicia Vikander... don't get me wrong, she is pretty. But she gets her butt seriously kicked in her lone outing (so far) as Lara Croft. I mean major league ass whooping. There's also a very wide range of emotionality with her. She's confident one second and the next she's breaking down. Some argue she broke down too often, portraying far too many "daddy issues" as I read somewhere. But I like the self doubt in her. It's natural. It's believable. It makes me relate more to her and actually give a damn about what happens. She can't necessarily do everything, but she will go down in flames trying. 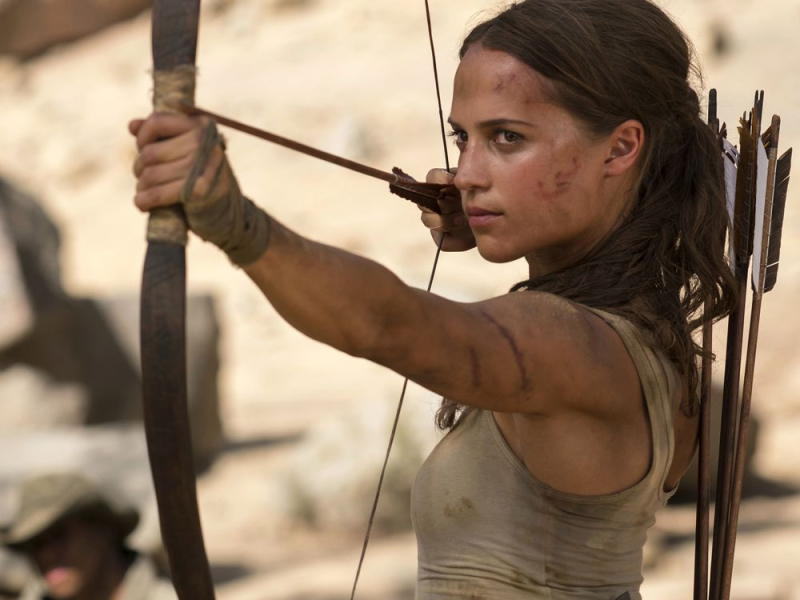 To me, Alicia Vikander's Lara Croft is akin to Daniel Craig or Timothy Dalton or Roger Lazenby's James Bond or Harrison Ford's Indiana Jones. They can be elegant when they have to be, but otherwise they're down in the thick of things getting shit done by any means necessary. [And, yes, I much prefer Craig, Dalton, and Lazenby as 007. Deal with it.]

To this end, I have to admit I really enjoyed the new Tomb Raider. I wasn't sure I would. But Katie and I watched it the other night and it was a lot of fun. Hokey? Sure. But aren't all supernaturally inspired adventure films to some degree?

I hope they bring Vikander back for a second go.

I also will fully watch The Cradle of Life since I recorded it off HBO this past weekend. I will give it a fair shake especially since I've read this was the better of Jolie's two films. Stay tuned.

I know I watched the first Jolie Tomb Raider but remember little about it. I suspect I should take that as a sign of what I thought about it.

Might be similar to what I think of what I’ve seen of Jolie’s second outing so far.