Over the course of the last four (or five?) days, I've rewatched or finished watching both Star Wars: The Last Jedi and Avengers: Age of Ultron. I've changed my tune slightly with The Last Jedi and need to add Ultron to the rankings overall. So here's a little explanation...

The stuff I hated before, I still hate. Leia's near death experience still rubs me the wrong way and anything on Canto Bight is a waste of time. I also feel like Benicio Del Toro's D.J. character is unnecessary because I cannot think of a single door on any ship or base throughout the history of the Star Wars franchise that hasn't been defeated by an astromech such as R2-D2 or BB-8. So why now? Why this door? Although I do like D.J.'s betrayal of both Rose and Finn. I do have one new rub that I didn't have before and that is how the Resistance bombers bombing runs work when there is no gravity in space. How do they know where to go? And if you say something like laser guidance or computer targeting, why wouldn't they just use missiles and spare some ships?

The stuff I loved before, I love even more now. Everything about Vice Admiral Amilyn Holdo (Laura Dern) is just awesome. How she deals with Poe and then her coup de grace during the escape to Crayt is amazing. I love that Dern was added to the cast. She's brilliant. 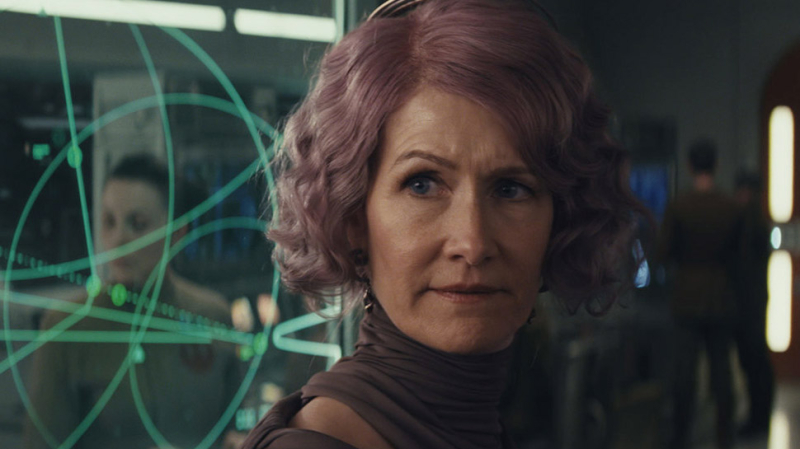 I also really love the lightsaber battle between Rey and Kylo against all the Praetorian Guards. Singularly amazing choreography. I also like some of the other stuff that I was iffy on before. I felt that Poe and Hux's "telephone" interaction at the beginning was too long and drawn out, but I'm okay with it now. Yoda's sequence struck me as too long, but I like it a lot more now. That sort of stuff.

This is going to move up a spot so it's above Attack of the Clones in eighth place. I'll keep giving it more chances, but I don't see it jumping above eighth place in my rankings because those are some heavy hitters up there.

I tried watching this once before and it bored me to the point where I fell asleep partway through the cargo ship battle. And, to be honest, I still don't particularly care for that scene. However, I powered through and got to the end.

So, the bad? The cargo ship battle. It was just too difficult to follow with all of Scarlet Witch's stuff going on. I also really hated that cocktail party in Stark Tower. Too long, too boring, too much gladhanding. Should've been half the length. I also truly despise Ultron as a character. Such a waste. I still don't but that he was actually destroyed. Why wouldn't he upload a backup copy of his programming and personality into the cloud or dark net or somewhere that a new version could be created? Or did he and we have yet to see that?

The good? I really like the third act and the battle in Sokovia although it got a little ridiculous after a while with the city floating off into the sky? Is that really what happened or was I zoning out a little bit? I really like Scarlet Witch (Elizabeth Olsen) and Quicksilver (Aaron Taylor-Johnson) as characters and enjoyed seeing their turn to the Avengers' side of things. 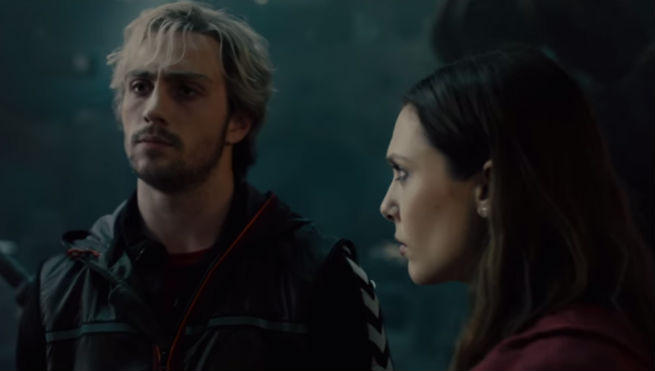 But I also really loved how Scarlet Witch was able to pull Captain America into her way of viewing Tony Stark's dealing with Vision before he became sentient. Great set up for Captain America: Civil War. It was also cool to see Ulysses Klaue (Andy Serkis) make his appearance in the MCU prior to Black Panther.

The coolest part of the movie, though, was anything having to do with Hawkeye's (Jeremy Renner) family life and his interactions with Quicksilver.

I guess, overall, Age of Ultron was better than I was led to believe and better than my initial experience with it. But it's still an MCU movie I feel I never have the need to watch again. I see this fitting in below Thor, but above The Incredible Hulk.

Man, I feel like I'm being really rough on The Incredible Hulk. May be time to watch that again. It's only been, what, 11 years?

I can forgive a lot for James Spader. Even so, I think ranking Age of Ultron near the bottom is correct. Notably, I think both it and The Incredible Hulk most suffer in their third acts. Of course, that seems to be a fairly common problem in general.

Yeah, as much as I dislike Ultron, Spader is decent although I’m not generally a fan of his. In addition to rewatching Incredible Hulk, I’d like to watch the entire Thor run. Only saw first once in theaters and haven’t seen Dark World. And I can watch Ragnarok over and over so that’s my payoff.

I watched Last Jedi again just to be fair. And my opinion didn't change any. Like you I thought the Kylo Rey lightsaber fight was still decent. But the rest is terrible.

Also agree 100% on Age Of Ultron. Possibly my least favorite MCU movie. Not bad per se, but meh and forgettable.

There’s just so much that threw me off on TLJ that I can’t boost it up more but at least now I can bring myself to watch it.