This morning, I woke up to begin my morning routine (minus the exercise element). I was in the bathroom when all of a sudden I see a black spot streak in from under the door.

I looked and saw a relatively large spider (spread out, I'd guess it was about a silver dollar around) that was faster than I was ready to deal with.

I jumped up and it must've detected me doing so because it stopped.

Normally, killing a spider is no big deal. Not anymore, anyway. I used to be terrified of the little bastards. However, it was bigger than I'm accustomed to so I preferred not to do it by hand and I had no shoes or socks on (I was getting ready to take a shower). It and I stared each other down for what felt like far longer than it should still be alive.

I finally found a canister of Lysol bleach wipes, noted the flat bottom, and brought it slamming straight down. It took two hits before it stopped moving and, on that second hit, I heard it go crunch, which was not a pleasant sound at all.

I took my shower and got ready and then told Katie about it and she was rather non-plussed by the news. Of course, she did just wake up and wasn't really registering much of anything.

However, several hours later, she texted me from work... 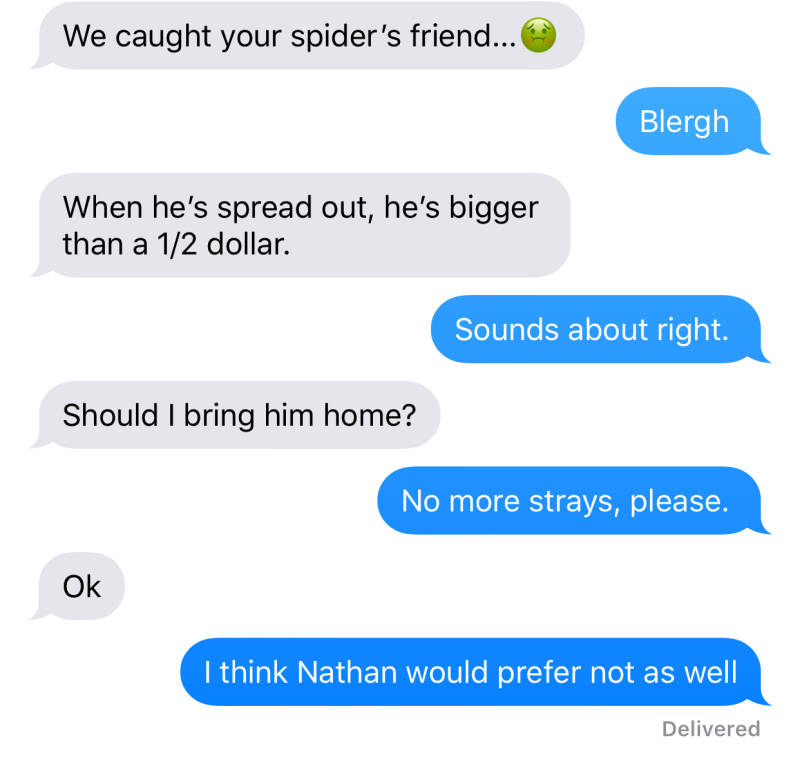 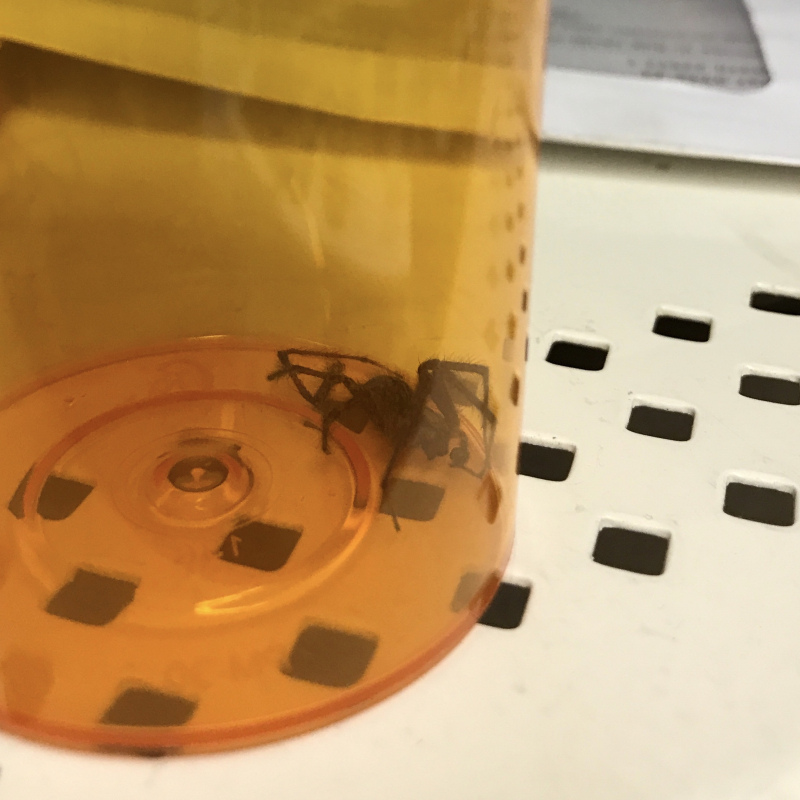 I’d bow to our new overlords but I’m too busy finding a cliff from which to leap.