Shortly before Katie and I got married in 2001, CBS introduced a new entry in the Star Trek television universe known as Star Trek: Enterprise. I was pretty gung-ho in favor of it.

A little background on Trek and me...

I'm not a Trekkie. I'm not opposed to Trek, either, though. By 2001, I had seen a bunch of the original series episodes with William Shatner and Leonard Nimoy and all movies starring that cast, but I had not seen a single episode of The Next Generation, any movies starring TNG cast, nor any of the other follow-up series like Deep Space Nine or Voyager.

The reason why I was so hit or miss was that I never felt like I could relate to characters on the shows based on what I knew about them. Everything was so stoic and emotionless to me. I wanted to see some fear or concern or the like as I did from characters such as Kirk or Bones. I mean, it's fine to have one Spock, but not a whole ship full of him.

That's why Enterprise appealed to me so much. This show was meant to focus on the first human-built and operated ship traveling at speeds unheard of to humans and featuring technology they'd never used. And they were nervous. They had no idea if their gear would work. But they were willing to be the pioneers who would do this for future generations. YES! This spoke to me! 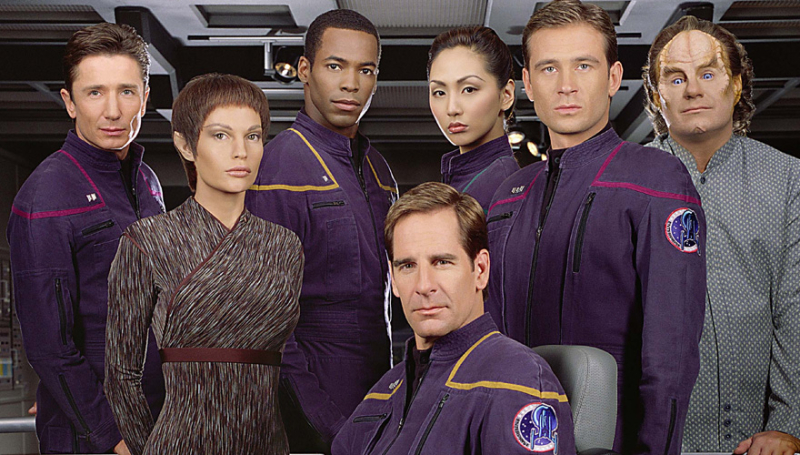 I watched it for a season or two and then lost touch, fell behind, and quit watching.

Yesterday, I was browsing through Netflix and discovered that all four seasons of Enterprise were available for my streaming pleasure.

Awwww yeah! I'm all over it.

Now if only Netflix could get Star Trek: Discovery. But that won't happen. CBS All Access has a tight fist around that one.

Ohrlly? We watched Discovery on Netflix.. *hated* the first two episodes but loved the rest.
I was a bit like you not getting into Enterprise. We watched it all through this year though. I've now seen all of Trek except DS9 and the animated series.

Discovery is on Netflix outside the US. CBS All Access inside.

There’s usually some kind of trade off. No guarantee that “10x” is any good, though.

I do consider myself a big Star Trek fan. I watched every episode of TNG every week as it aired. DS9? Check. Voyager? Check. Enterprise - no. I don’t know why, but I didn’t watch a single episode of it. I’m beginning to regret that.

Now, fast forward to 2018 and I’m all over Discovery. It’s so so good. Didn’t like how they wrapped up the plot in a hurry on the last episode of the season. But I’m utterly hooked.

Well now you can watch Enterprise as well!