Last Monday, Nathan started playing basketball through our park district. We had intended to sign him up for fall soccer, but all sections of that for boys were canceled for no good reason. Argh!

So basketball it was. He's got work to do on it, but what kid his age doesn't? I was terrible at dribbling for many years. Actually I still am. Basketball was never my thing. But he kept trying and that's the key, right? 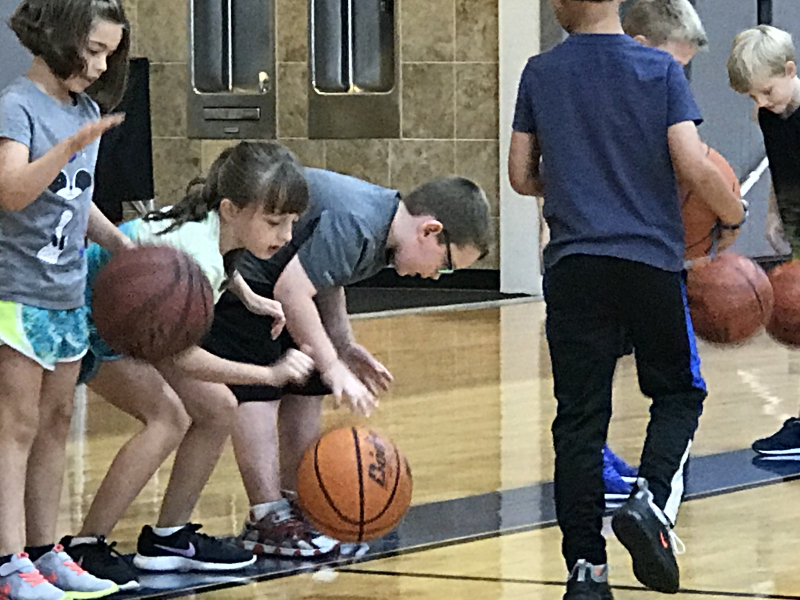 Now if only we could convince the parents of some other kids to never stop trying to be less-than-assholes and the world will be a better place.

Yeah, get this, we arrived at the park district facility and there was a group of younger kids with their session of basketball still going on ahead of Nathan's group. No problem. Nathan asked if he could hold a basketball, I said fine. Two kids entered the building with us and one had brought his own basketball and the other grabbed one of his own from the collection of two dozen or more on the sideline.

And that's all he did... hold the basketball. No rolling. No dribbling. No dropping.

Then a guy on the sideline got up and told Nathan he couldn't have the ball and took it. I went along with it thinking he was a coach or some such trying to keep the balls for the other kids or keep this second crew from losing control of them onto the court. But then he went over to the other two kids and took the ball from one and tried to take the other ball until the kid screamed that it was his ball.

It was when I saw him go back to the corner of the gym and sit down with his kid and wife that I realized he was just a parent being an asshole. These kids weren't doing anything. They were nowhere near his line of sight. They weren't doing anything with the balls other than hold them. And he decides to get a craw up his ass and exert his non-authority over kids that aren't his own.

If he tries to do anything again next week, I will speak up. He has no right.

Parents should have their mouths taped!! Say something to his coach.

Edit-get Nate a strap to hold his glasses on.

Yeah, I’ve been meaning to do that.