More tapes have been found and added to my collection! Some of these were mine and some were Katie's. But, yanno how marriage works. Heh heh. 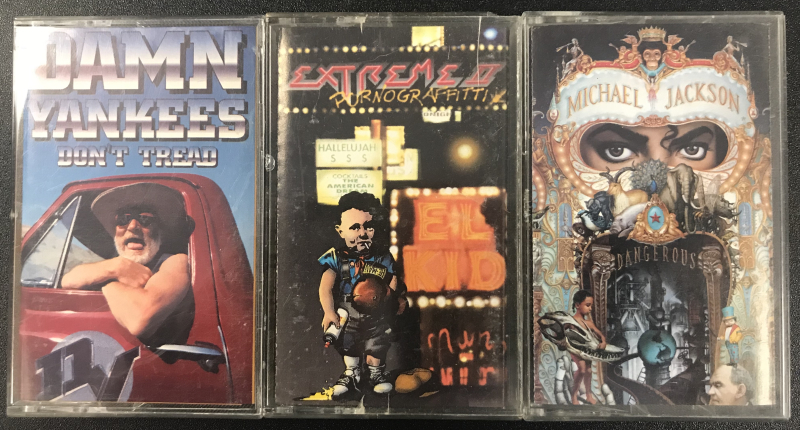 I get the feeling Damn Yankees is mine, Extreme could be either Katie's or mine, and Michael Jackson is likely hers. I used to like Damn Yankees, then I saw them live and thought their show was too contrived and quit listening to them (that same show resulted in an unending love for Jackyl, though). Extreme was always good, but I think I was into CDs when Pornografitti came out. I may have had their first album on cassette, though. I'm fairly certain, however, that I never personally owned this particular Jacko album. I did own Bad, Thriller, and maybe Off the Wall as well. 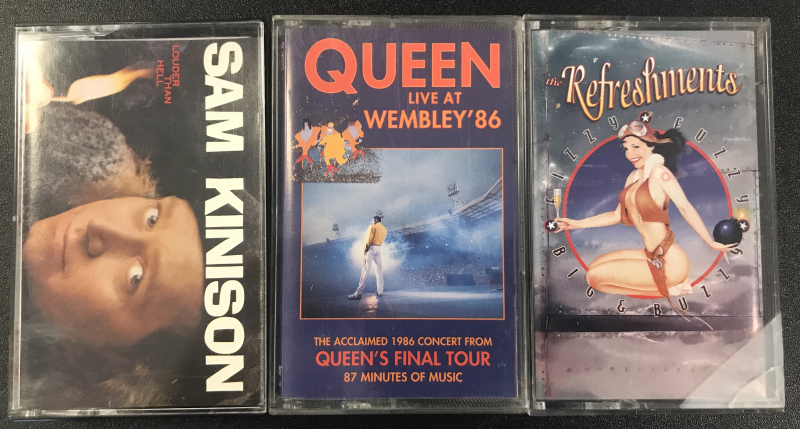 I can say with 100% certainty that all three of these were mine. I lived for stand-up comedy back in the day and this Sam Kinison routine was a particular favorite. I owned this Queen album although I only rarely listened to it. I just never dug on live albums that much. The Refreshments, though? I have loved this album passionately since it came out in the mid-90s. It was just so great and it's still really good, too. Just listened to it the other day. 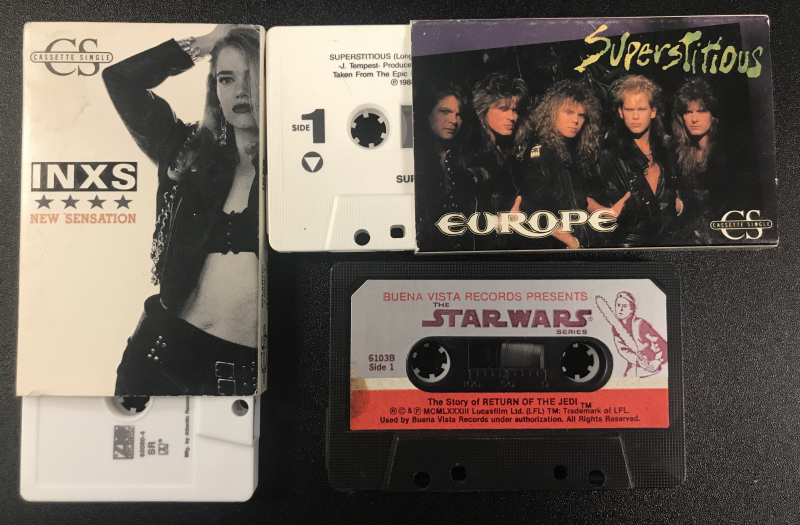 Check out these three! Two cassingles (remember that word?) from INXS and Europe and an audio only version of Star Wars - Episode VI: The Return of the Jedi. I rediscovered that one several months if not a year ago and have been chomping at the bit to listen to it and see if it still works. Of course, have I listened? Nope. Gotta fix that.

Hopefully I see you in a short while with some new additions.

I had _some_ of those. The Queen live at Wembley album got played a lot. It has sentimental value because my Dad is a huge Queen fan and he had that very concert on VHS. So it was on the TV a lot in my early teenage years. I know all those songs back to front and back again.