Another band that has been a part of my lifelong playlist is INXS. The six-piece team from Australia has been rocking my life since 1987 and, even in spite of frontman Michael Hutchence's suicide in 1997, I still listen to them on fairly regular rotation. 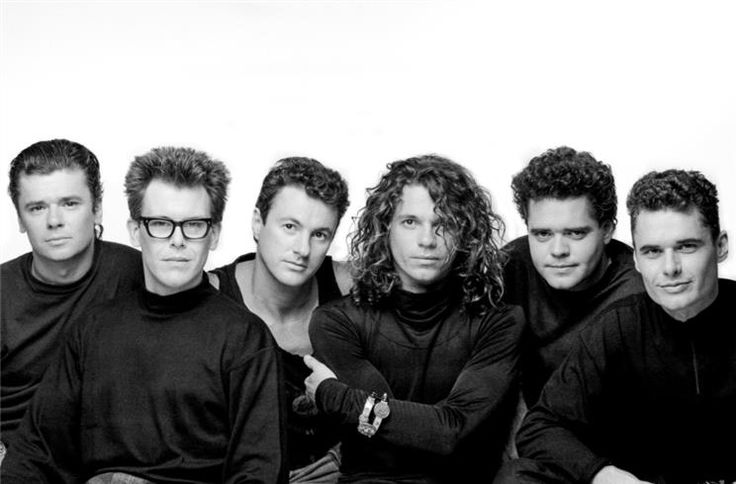 Like many stateside, my first exposure to them was the album Kick. But then I went back and found Listen Like Thieves. At that time, you really couldn't find any of their previous albums here in the U.S. There just wasn't any demand. But, damn, if you're going to be represented by only two albums in your discography, it's hard to think of two that are any better than those.

Both albums saw start-to-finish plays on my Walkman and, later, my CD player. Songs were included in almost any mix tape or playlist I've ever created because they have songs for every mood.

In 1993, I got to seem them live at Aragon Ballroom as part of their Full Moon, Dirty Hearts tour. It was an amazing show and, being as big a guy as I was, I managed to push my way right up to the stage and high five Michael Hutchence. I still have a guitar pick from Kirk Pengilly from that night. Actually, I found a Tim Farriss pick on the floor after the show. Another guy was wandering around and really wanted it because he had all the other picks from the band, save that. And he had a duplicate Pengilly so we traded. I had no problem with it because Pengilly is a multi-instrumentalist I always admired greatly. So it was a win-win for both of us.

It's not always easy to pick a favorite song from a band you love, but I'm going to throw my hat in the ring with "Never Tear Us Apart." Such a powerful and romantic song and so much fun to sing along with anytime it's on the radio or streaming or... wherever.

RIP Michael Hutchence. You are missed even 21 years later.

One of my favorite bands. Saw them live a couple of times in England back in the day. Listen Like Theives and Shabooh Shoobah are two of my favorite albums of all time.

Love INXS. Since The Swing, I've been a fan. Actually the song "Don't Change" from Shabooh Shoobah was the first song I had heard of theirs, but then "Original Sin" became a radio hit. Then Listen Like Thieves was big and played everywhere. I saw them live twice, once on the Kick tour and then again for the Welcome To Wherever You Are tour. I wasn't close to the stage for either show, so that's awesome you got to high five Michael Hutchence.

I was in Vegas the day I heard the news about Michael Hutchence and was so sad. I regularly think about cover bands where the lead can replicate on some level, the vocals and stage presence of Michael.

Some friends and I were packing up at the end of a road trip to New Orleans when we heard the news about Michael. We all stopped and took a moment to remember him. We were all fans so it hit each of us.