Last Friday, I took a lunch to work. At the last second, my coworkers talked me into holding onto it and going with them to a local brat place.

I drove and, as we arrived at the place, I let a guy cross the street in front of my car. I realized almost immediately that the guy was an old coworker and friend named Glenn who I’d lost touch with over the last year.

I rolled down the window and yelled, “Get moving, Glenn!” He looked inside the car, saw me, and yelled back, “HEY!” We we’re going to the same place for lunch.

Once inside, we talked briefly and he said he and his wife were going to the NIU Homecoming football game the next day. I told him Katie and I were too and we should meet up. So we texted and confirmed. 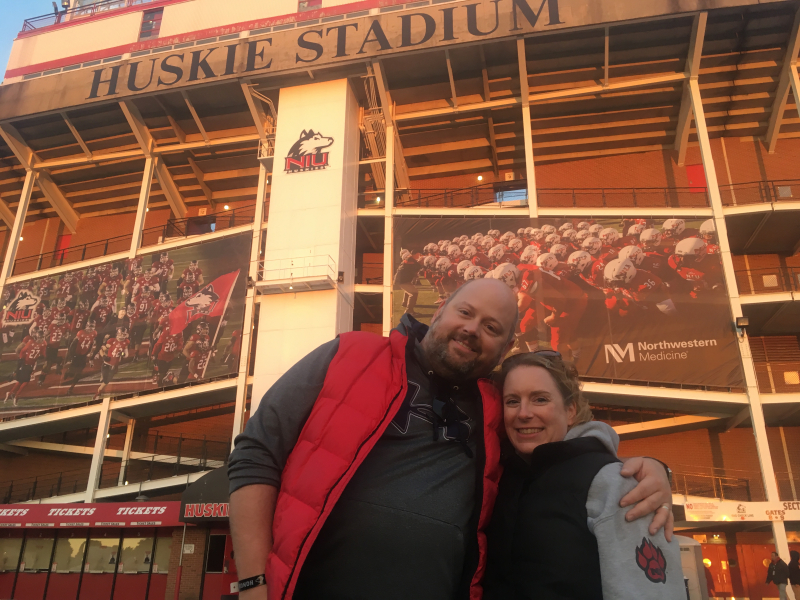 On Saturday, he texted to say the couple that were supposed to go with them had backed out and asked if we wanted their tickets. We had good seats, he had better ones. Plus tickets to the President’s tent before the game, the Coach’s Corner stadium lounge, and wristbands that promised “special access.” 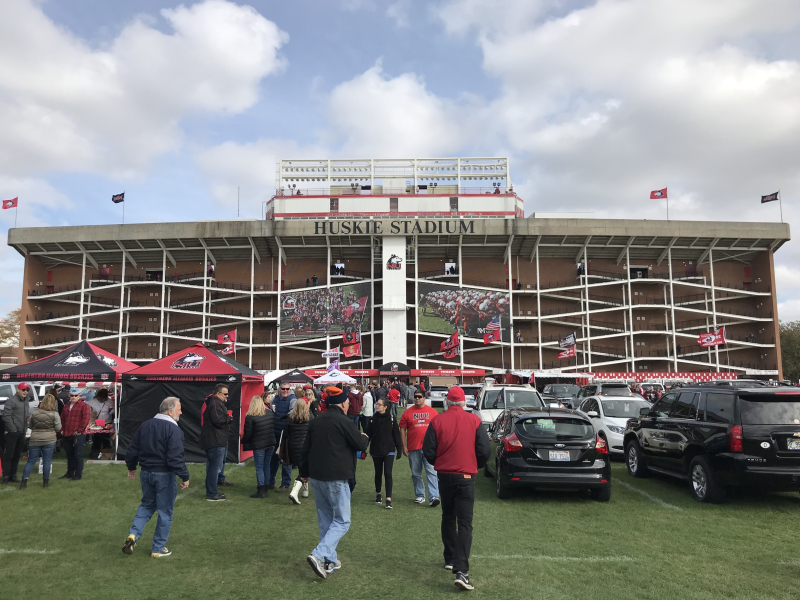 We met them at the tent and got a beer then went in and found the lounge. We wound up staying in the lounge into the fourth quarter, eating and drinking. 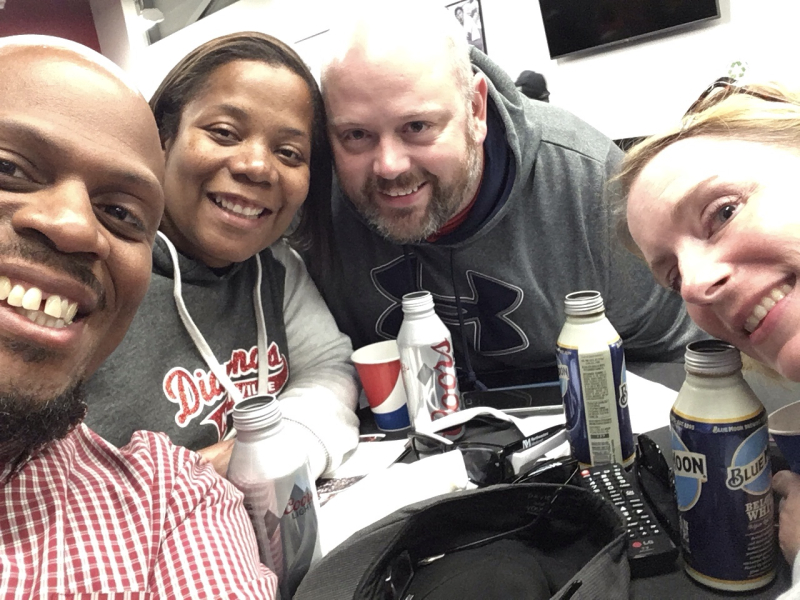 Halfway into the fourth quarter, with NIU down in score, we decided to go out and watch the game in person instead of on the TVs in the lounge. But we also wanted to see where these wristbands would take us. So we went down to a gate by the field and flashed them to the security guards who immediately waved us in... onto the field... we watched the rest of the game from the back of the end zone! 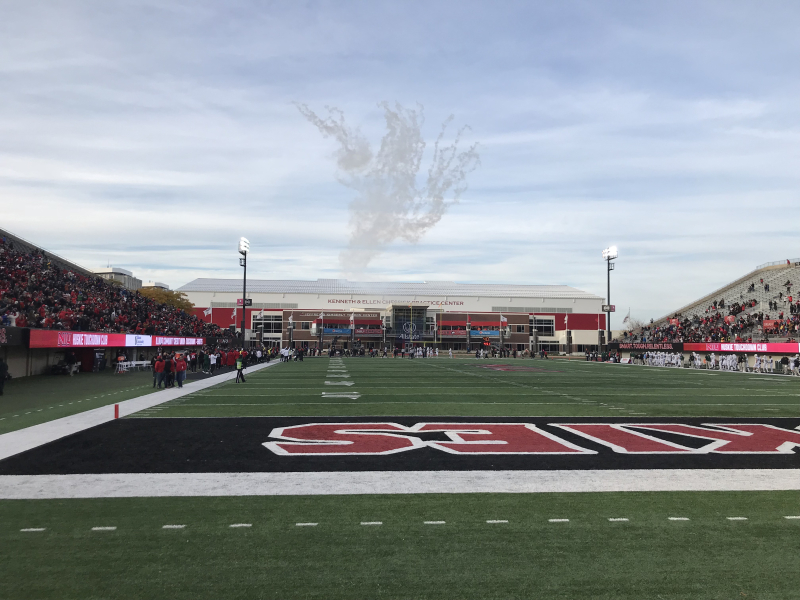 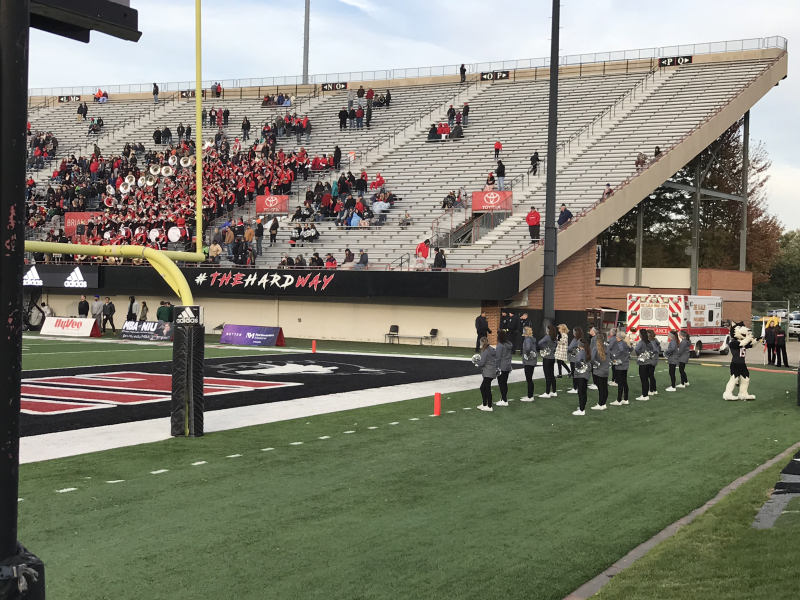 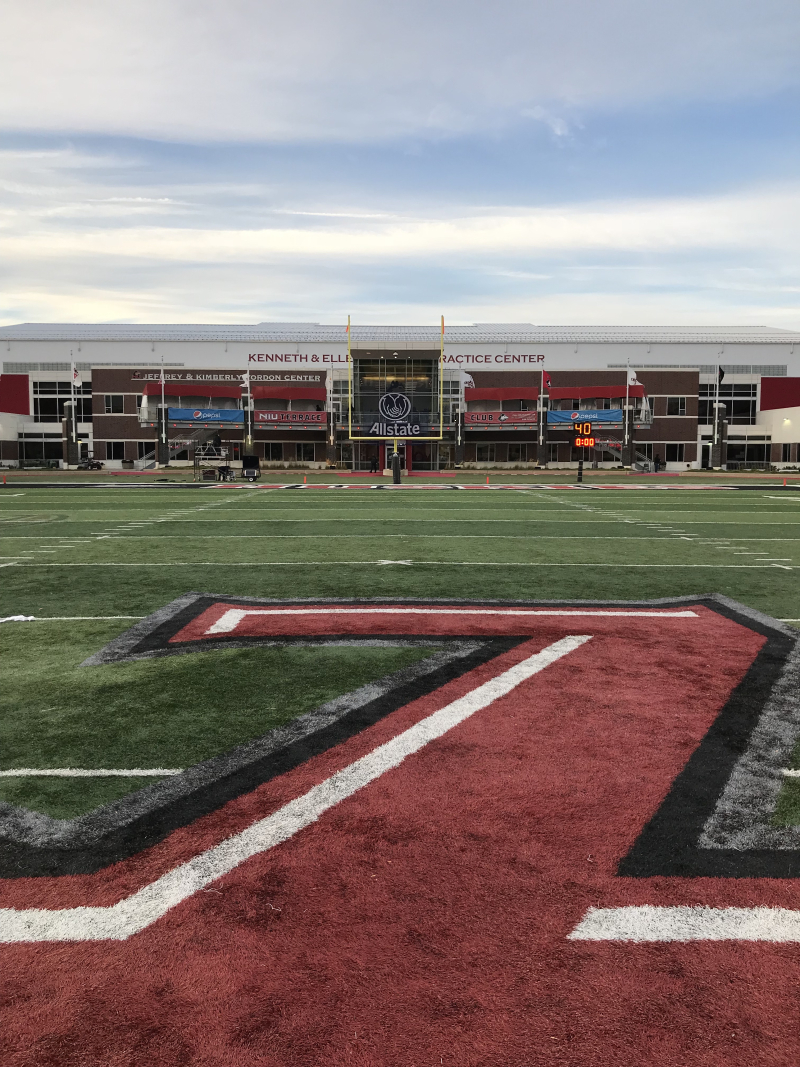 We cheered wildly as NIU took the lead and won. The we went on the field and started hanging out. Because... why not? We didn’t do anything crazy that would worry security. We took some pictures, went out to the 50-yard line, hung out with the band, that sort of fun stuff that we otherwise would never be able to do. 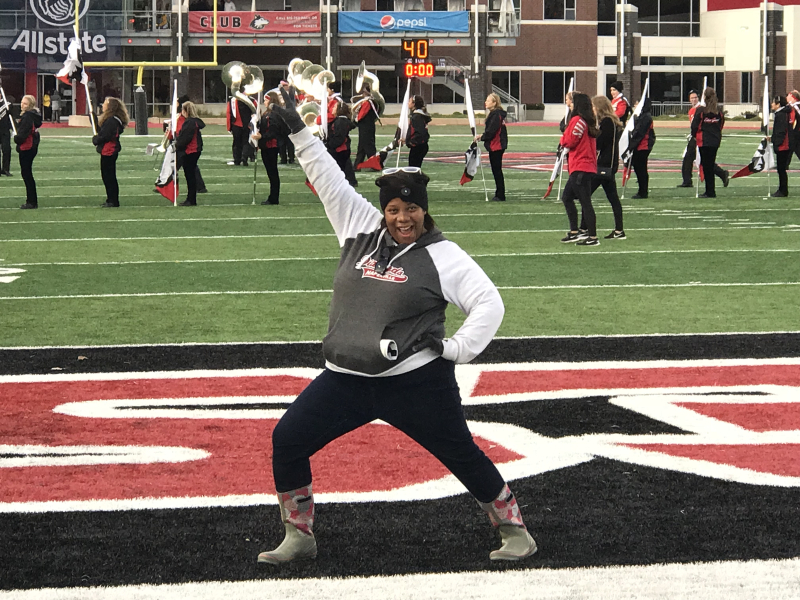 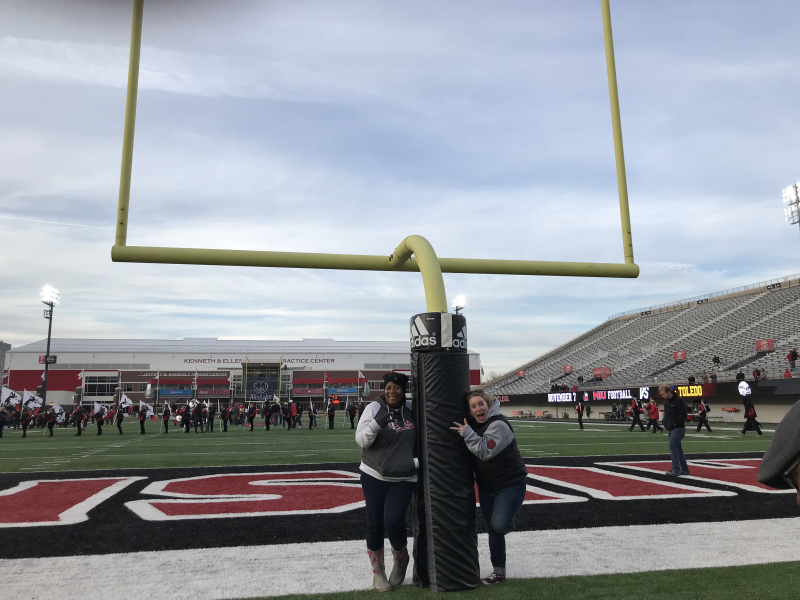 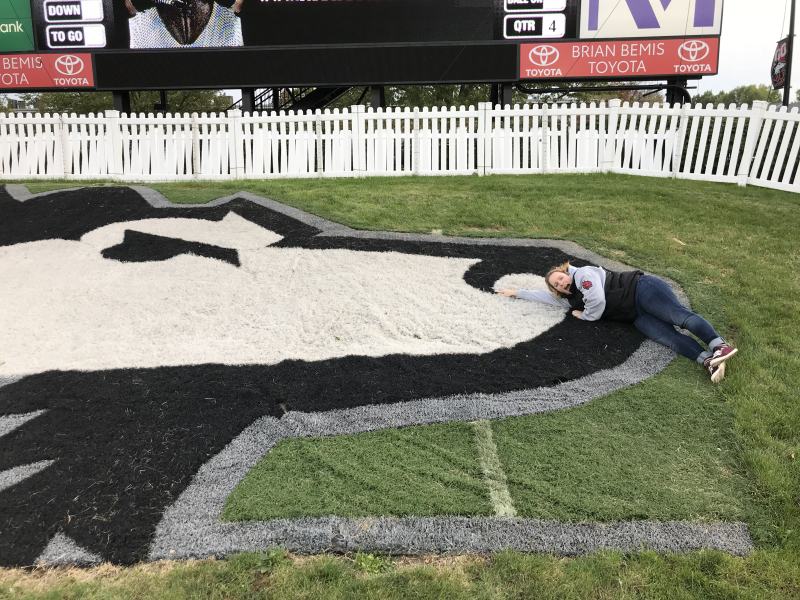 And the four of us had a blast and questioned why we had never hung out sooner. All four of us knew each other and had talked and seen each other at work events in the past. So there’s no reason not to have. We just didn’t. 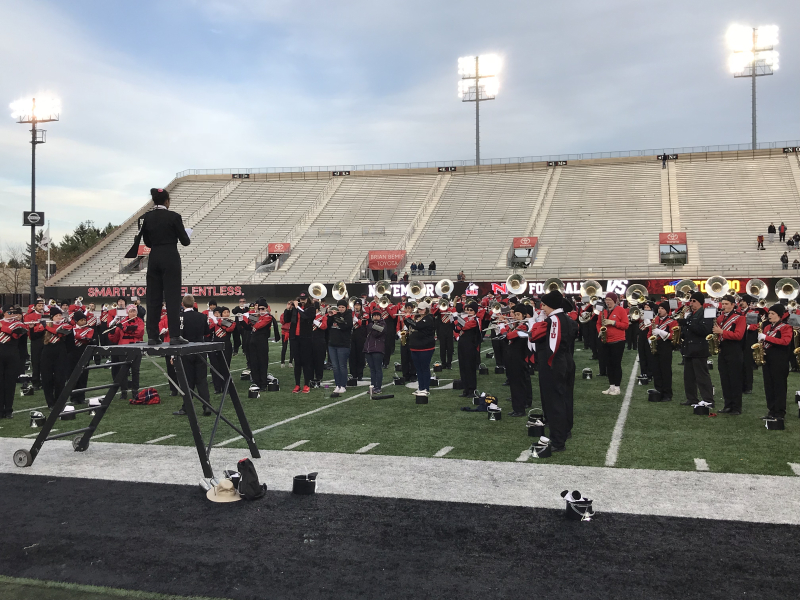 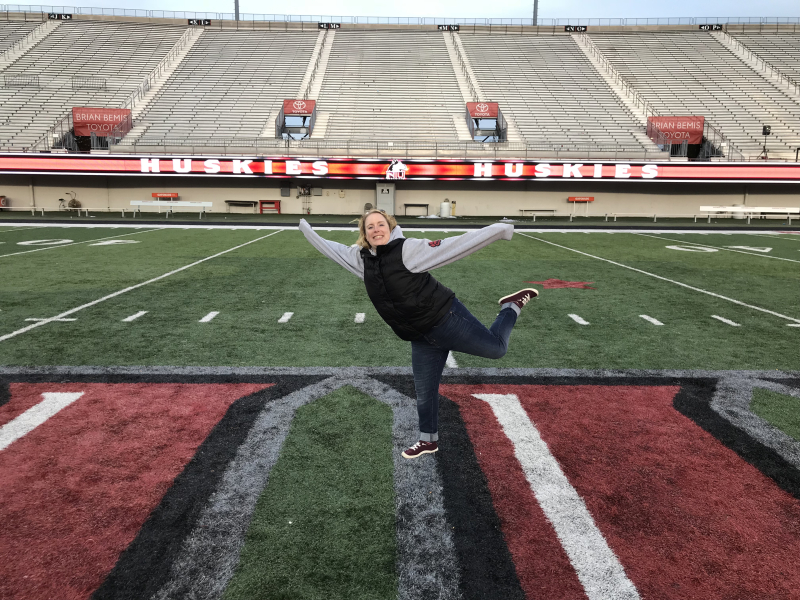 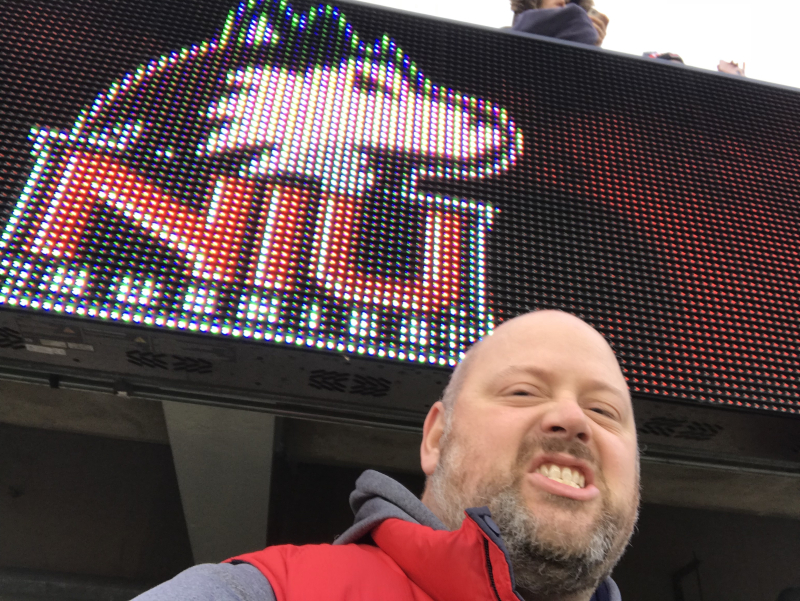 Now we’re going to. How often do all four people in a pair of couples get along as fantastically as we did that day? Not often. We need to take advantage of this. 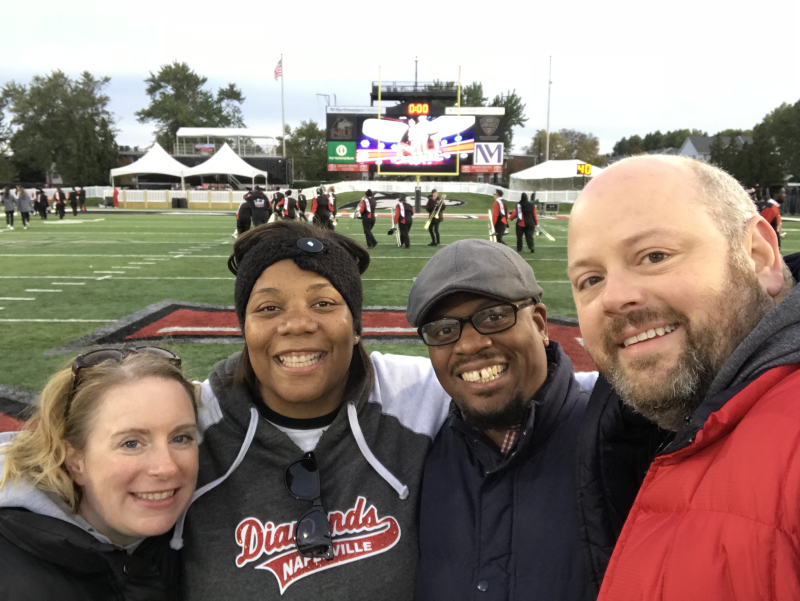 Aww, I love this! How fabulous that you ran in to him the day before and has this spontaneous awesome date! We have a few couple friends where we all get on like that and it's so rare - we spend as much time together as we can!

Totally worth it, right?