I broke out a Moleskine notebook I’ve had for a few years now. Katie bought it for me because it’s LEGO themed and she knew I needed a new one as I’d filled my previous three Moleskines almost to the gills.

For some reason, though, I never really used this one. I think I got into more digital note taking around the time she gave it to me.

But I got it out because I needed to use it for penning some book reviews at places where I wouldn’t have laptop access (sorry, still not a fan of the fact that mobile Wordpress loses soooo much functionality).

It turns out, however, that I did use it for one page of notes. Something I apparently dubbed “White Runners” that has five bullets of notes. 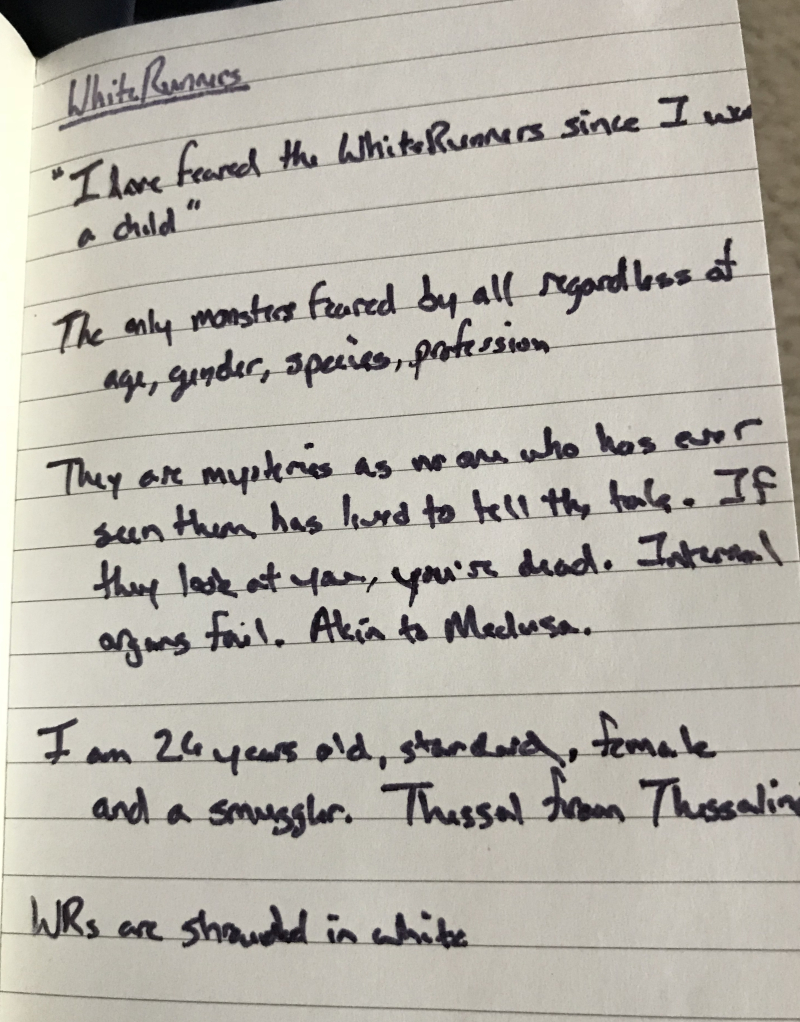 A short story? Notes about a story I read elsewhere and just can’t recall? This isn’t that old a notebook so it shouldn’t be such a mystery. 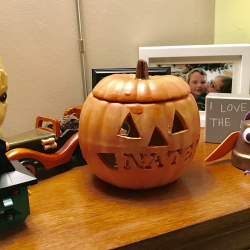 Oct 1
I can’t count on one hand how many people got the challenge photo right. Heck, I can’t count on two hands and two feet how many. Any idea on this one? Let me know! 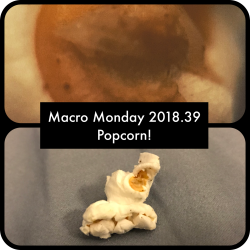 It's a spell to open a portal to another dimension!

That’s better than I came up with.

I used Moleskines for my notes for years. I've got a few of them in boxes somewhere that I'm sure have massive amounts of notes that may not make much sense anymore. The 4 I still use for non-digital notes are near my desk at home.

As for the story, it sounds very sci-fi. Like the beginning to a 24th century third world-themed society.

I have the same impression from those notes.