I’ve entered a few contests on Goodreads for free copies of what’s known as Advanced Reader Copies (ARCs), or unfinished copies of forthcoming books. What makes them ARCs is that they usually aren’t 100% proofread/edited or have finished artwork or whatnot.

I won one of two books years ago and reviewed them accordingly. Then I went on a massive drought mostly because I forgot about the contests.

A couple months ago, I entered a couple more for one-off books but didn’t win anything.

Last week, though, I came home to find a sizeable box on my front step. In it were... 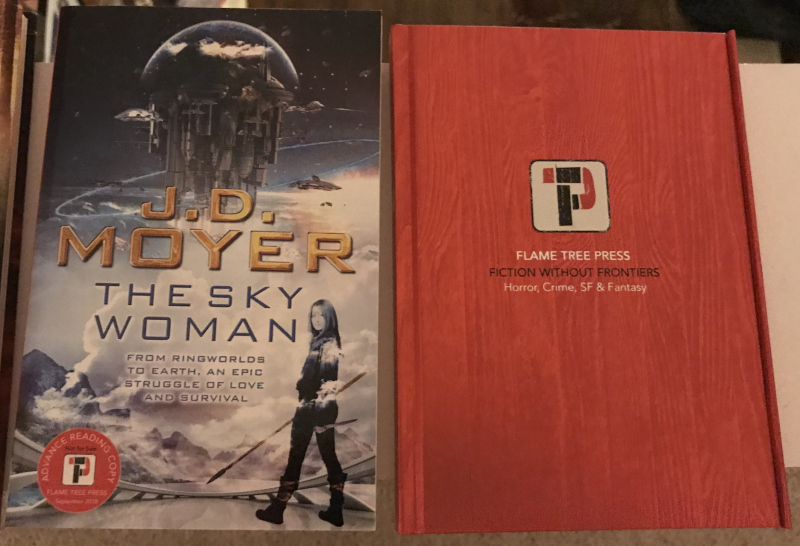 I’ve heard of John Everson because my parents gave me a signed copy of one of his earlier books. I’m also familiar with J.D. Moyer although I can’t explain why. The other two are completely new to me.

That last book with the plain red cover is a journal with a magnetic flap closure. It’s pretty sweet.

I did not enter a contest for these. I have no idea why I received them. The only thing I can come up with is that they’re from the same publisher as one of the contests I entered and they were a “consolation”?

And, yes, I will disclose in my reviews that the copies were sent to me. Fear not, true believers.

What a fun surprise! I am looking forward to your reviews!

I picked up an ARC book at the free library at the train station and was unfamiliar with the concept!

It’s pretty cool that publishers do that.