I really wish I had more to talk about, but all I’ve got for you at the moment is a Snippet post about the entertainment that’s moving me lately.

I’ve been listening to the audiobook of Noah Hawley’s Before the Fall. I had started reading the physical book back when we went on vacation to Wisconsin a few months ago but I had to return it to the library before I could finish. It’s a really good book about a private plane crash that kills two of the richest men in NYC and their families. Save for a four-year-old boy who is rescued by a middle aged painter invited aboard as a friendly gesture by one of the wives. But who is he really?

I’m not the Batman fan that many people are. But I read the synopsis of this book, in which it’s described that Joker is cured of his mental illness and returns to life as Jack Napier. Now he is committed to making good with Harley Quinn as well as the people of Gotham City while pointing them toward the true menace... Batman. I’m about halfway through the graphic novel and I’m truly loving it so far. Sean Murphy’s writing is great and his artwork reminds me of Tyler Jenkins on Peter Panzerfaust. Good stuff. 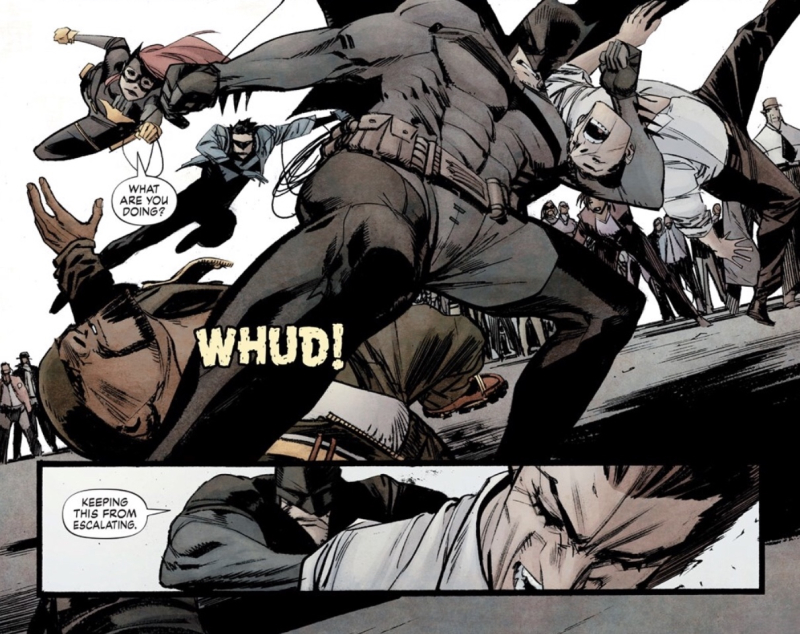 Both Before the Fall and Batman: White Knight are being consumed on Hoopla, an app used by libraries to share digital content with users. I can read an eBook or graphic novel, listen to music or audiobooks, and I think even watch a movie. I love it. I can’t believe it’s taken me so long to really glom into this app. I used it briefly a couple years but stopped. I’m weird.

After seeing this film twice in theaters, we finally got our pre-ordered copy. Blu-Ray! Digital copy! The short film Bao! A new short film Auntie Edna! This is all kinds of Pixar win!

Robyn can do no wrong by me. The Swedish indie/electro-pop chanteuse is awesome both recorded and live. Her new full-length LP Honey, the first since 2010’s Body Talk three-album set, is no less stunning. Give it a spin! I hope she comes back to Pitchfork. 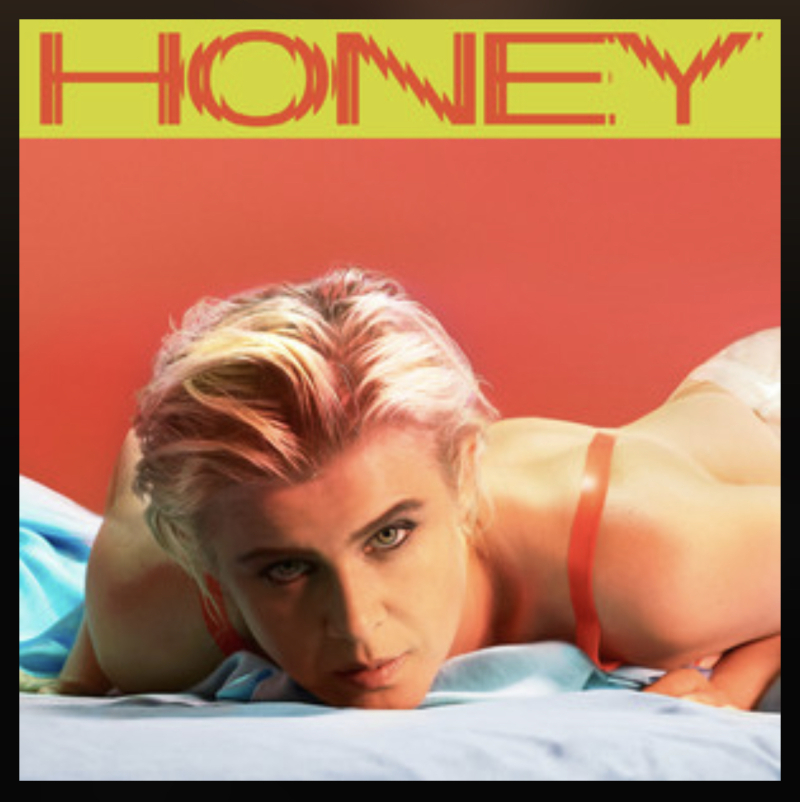 I found an app during a recent run through my cassette subreddit subscriptions called Discogs where people can store details on their personal vinyl, cassette, and CD collections and also shop for their wants. So I’m slowly adopting it and it’s pretty cool. When I add stuff to my wantlist, I actually receive notifications when others have it available for sale. I have not purchased anything and probably won’t anytime soon, but it’s a nice alternative to eBay. 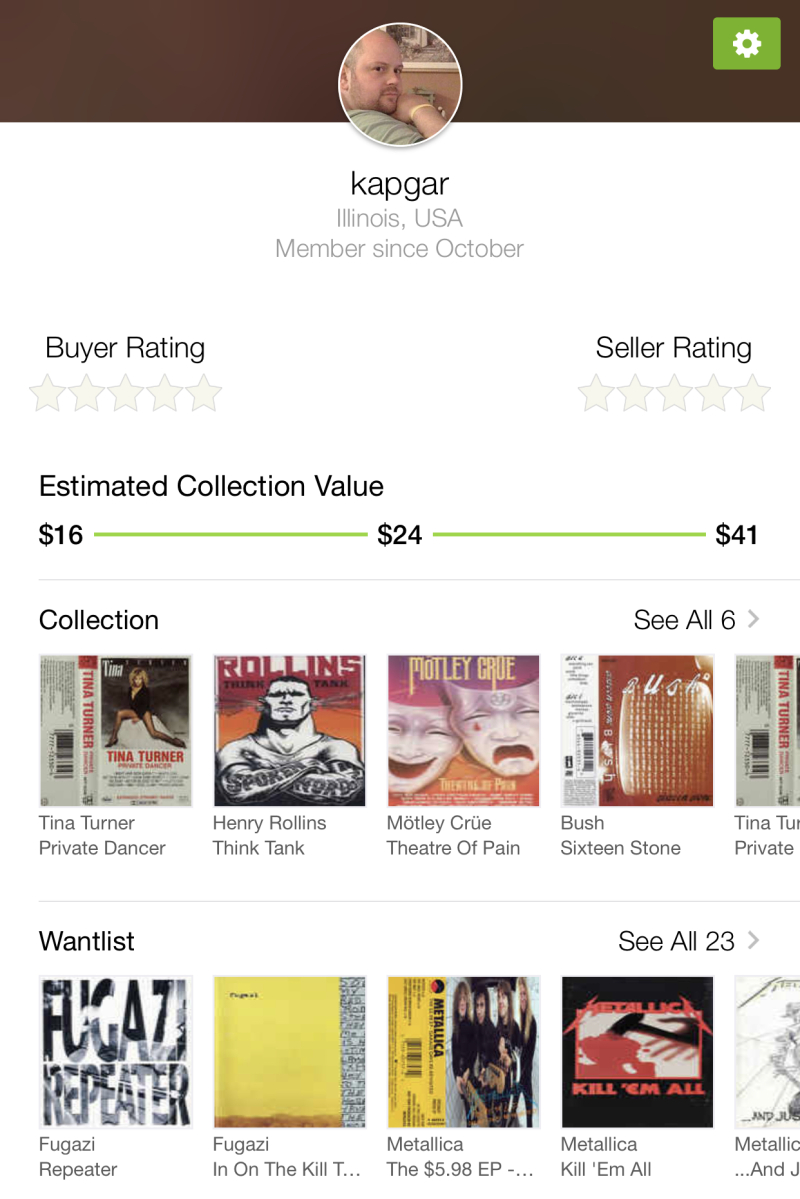 What’s keeping you entertained these days?

Nov 8
Can I tell you how nice it is to have a working one of these again? It’s an Aiwa CA-DW235 and the sound is great! Got it set up today and anointed it with some Wailers and INXS. Good times.... 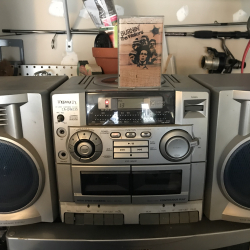 Nov 10
Ohmigod, it only took three years of her living here, but the neighbor in our end unit finally spoke to us as we were putting up our Christmas lights. Please note, we’ve waved to her on many occasions. Said hi.... 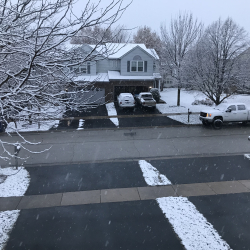 I liked White Knight too!

It's eight issues. The final issue was released back in May I think? It's totally epic and will not disappoint!

OH... I almost forgot... did you know that there's a sequel coming next year? "Batman: Curse of the White Knight!"

Is it just the 8-issue arc or is it ongoing? I’m through issue 5 and dread it ending.

It hasn’t thus far. I also love that Murphy is the first to offer up that the differing Harley personalities are because they’re two different people. Very cool spin!