I’m going to be honest with you, I really like the overall structure of the goals I set for 2018. So, for the most part, I’m going to stick with how it was set up but with some tweaking of the numbers.

2. Video Play: I’m keeping this at one video per month even though I had several months in 2018 where I exceeded that. The last thing I want to do is burn myself out.

4. Camera Play: Macro Monday is coming back against my better judgement. Everyone loves it and voted as such. But, after three straight years, it’s getting tougher and tougher to find new subjects. 2019 may be my final year of Macro Monday.

5. Word Play: I’m combining Book Play and Comic Play into, simply, Word Play. I’m also not providing a list of books I expect to read. That was stressful especially after I became a Geeks of Doom reviewer. But I still blew away my reading goal last year. So now I’m simply going to say I expect to read, at a minimum, 48 books in 2019, broken down into one book, one audiobook, and two graphic novels per month.

6. Update Play: One update blog post per month on or immediately after the first of the following month.

I love when I look for a specific cartoon image and find something like what’s above via Google Search from someone I know but had completely forgotten he drew it up way back when. I also love the fact that I know the artist so well (How well do you know him, Kevin?) that I can text him directly and ask for permission to use the image and get a reply back within seconds that reads, “Hell no, asshat! Leave me alone! Remember the restraining order??” And then I beg and plead and make promises I know (and he knows) I’ll never keep and ask again and he says... 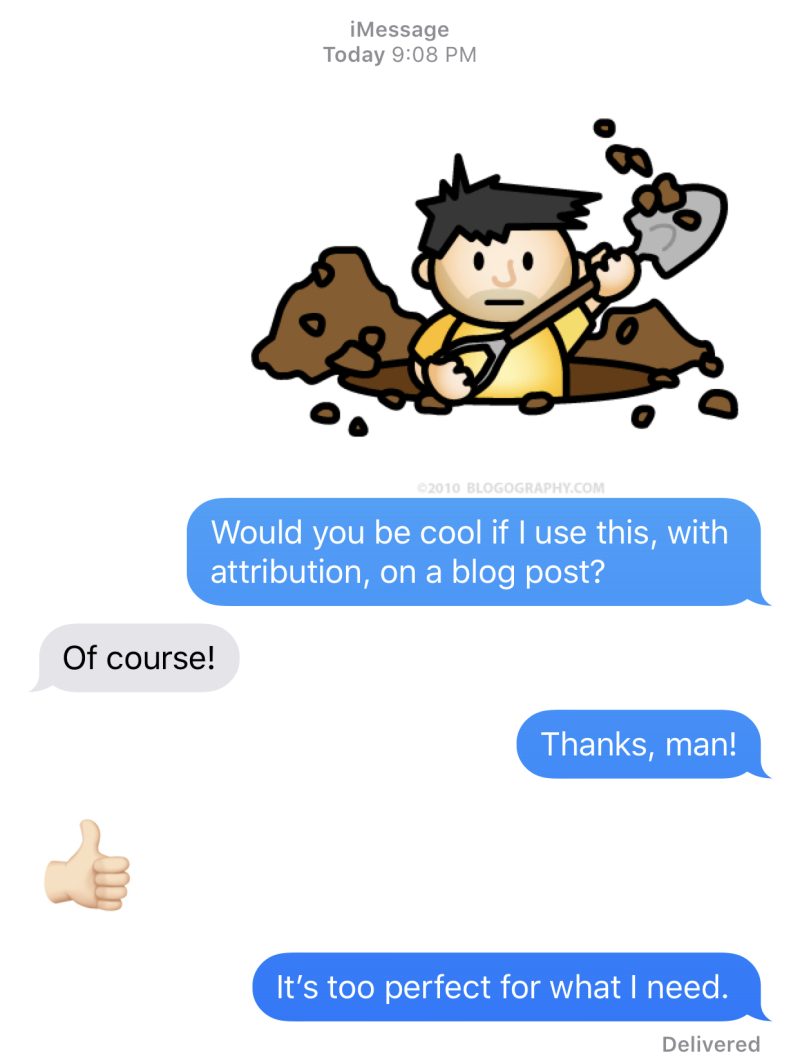 This would have been a lot more interesting blog post if your cartoon friend would have said "no!"

I did say that my cartoon friend’s human counterpart turned me down initially and fervently. Does that count?