I’m starting to get severely creeped out by our Amazon Echo devices.

For several days last week, each of our two Alexa automation devices were pulsing a faint green ring along the top edge. I thought maybe it was a WiFi connection issue, but, according to ProtectAmerica, the connection issue light is orange. I dug deeper on that and other sites and found the pulsing green means that I have an incoming call or “Drop-In,” whatever the hell that might be. 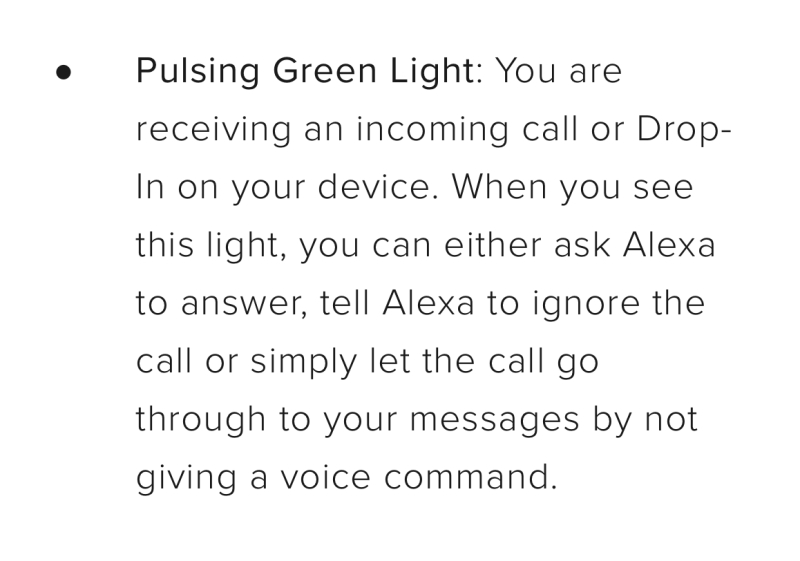 Um, I have not permitted Alexa to accept or make phone calls and have not allowed it to view my contacts. Nor has Katie. So there is no way for it to be accepting calls for us. All we’ve done is play Spotify off our phones thru Bluetooth to the Echo as an external speaker.

Having never seen these ring colors prior to last week, the “faint green” could potentially be a mucky yellow, which still does nothing to reassure me. 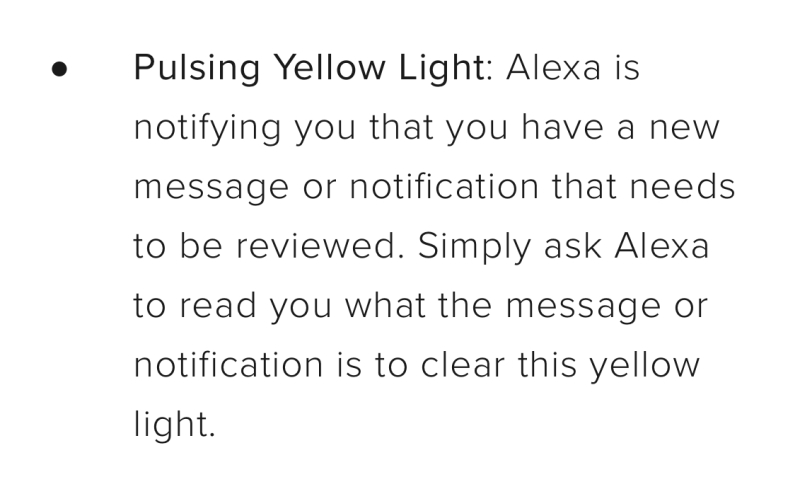 Again, not possible since I never enabled the Echo to work as a calling device. So why? And what is “DropIn”? Is Echo spying on me? Is it listening to my calls sin permiso?

Oh, and asking Alexa to stop or whatnot did nothing. It kept pulsing and pulsing until I unplugged the Echo. Better than trying to sleep with that damn light going nonstop.

Another odd thing that’s been bugging me is that the Bluetooth connection between the Echos and my iPhone reconnects automatically but only very sporadically. By way of example, last week, I was watching a YouTube video on my iPhone and there was no sound. I futzed with the volume and silencer and nothing helped. So I resigned myself to watching it soundless.

Then I noticed a weird sound downstairs and realized it was the audio from my video playing through the further away of my two Echos. My Echo was relaying audio via Bluetooth despite me not connecting it manually and it not having connected automatically in more than two months. Why now? And why not the device 10 feet away from me instead of the one downstairs? I thought these were supposed to be smart enough to work in tandem and know which one you’re closer to?