As you've probably figured out by now, given all my year-end lists and my newer Rankings lists, I like to rate things. It's fun. I dig it. I hope you like reading them as much as I like writing them.

I've been trying to come up with something new since adding The Films of Quentin Tarantino list a few months back.

I finally came up with it the other day while watching the film The Predator (2018)... I'm going to rank Predator movies! Then I realized how pointless a list of four movies would be. So I went back to the drawing board.

The only issue is that there are many movies from these individual series as well as the crossovers that I either have not seen or have not seen in such a long time that I dare not try to review them.

As you know from my recent post, I took it upon myself to remedy this situation. Add this to the fact that I watched The Predator last week and Alien a few weeks ago, and I've got a workable list going.

This post, however, is just going to focus on Predator films as they are the ones I am now done watching.

This is one of the very first horror/action/science fiction crossover films I was ever introduced to. Okay, maybe not "one of" so much as "the very first." I had seen some Arnold Schwarzenegger films up to that point, but was never truly sold on him. I knew and liked Carl Weathers much better. Nobody else in that film meant much to me at that time. I walked away from this film in awe. I loved it. And I have watched it so many more times since then that I can recite a vast majority of it from memory. Even now. It's an incredible film. So much fun. And it holds up very well even 32 years later. That's the joy of a film set in an area that most of us know little to nothing about (Central American jungles) featuring guys wearing universal camouflage fatigues... it doesn't age itself... except, maybe, in that the weapons look much more like those of my G.I. Joe figures than the ones of today. 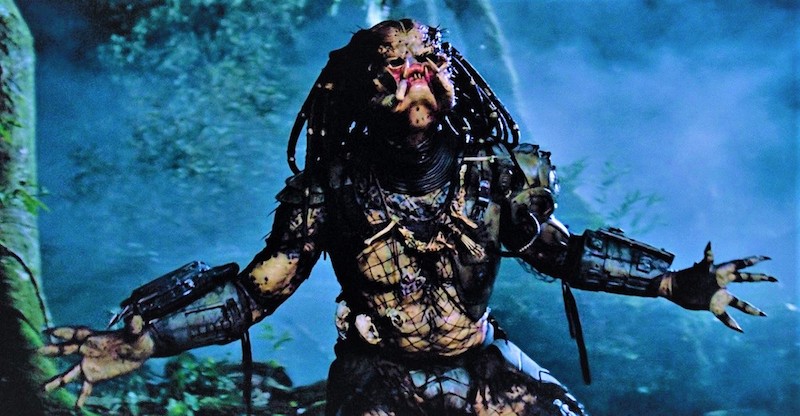 This was a totally unnecessary sequel, but hey, Hollywood, amirite? In this film, the action is moved from the jungles of Central America to the urban jungle of downtown Los Angeles during one of the hottest summers on record and the Predator spends his time hunting rival gangs (Jamaicans and Colombians) as well as the cops who are trying to quell their tirades. I just rewatched this on Friday for the first time since it was released in theaters and it does not hold up well. Very incredibly dated and very unnatural in how it plays out. Everything is forced and it's not at all enjoyable as a result. Also, the visual effects... blech. The best thing about this film is seeing an alien skull in the Predator's trophy room aboard his ship thus kicking off the possibility of a cinematic crossover of the two franchises. 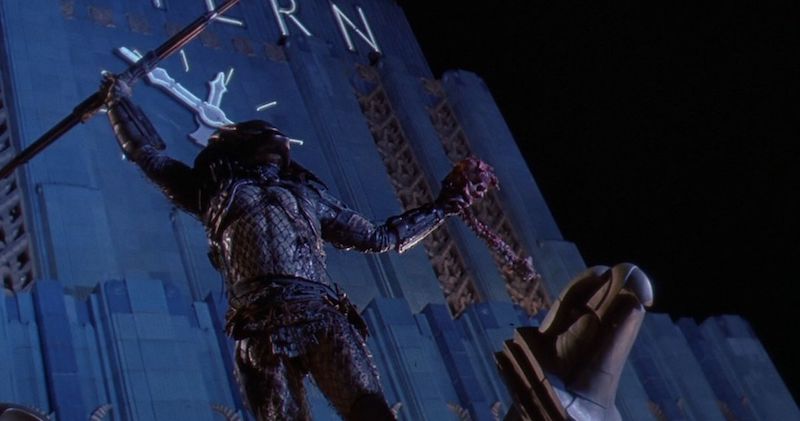 The action returns to the jungles (yay!) as some of our planet's worst mercenaries, mobsters, assassins, soldiers, and a random surgeon are surreptitiously kidnapped from Earth and taken to some random world where multiple Predators hunt them for sport in a modernized retelling of The Most Dangerous Game. The cast has some heavy hitters including Adrien Brody, Alice Braga, Walton Goggins (a personal fave), Laurence Fishburne, Topher Grace, Danny Trejo, and Mahershala Ali. Again, much like the original Predator, this one holds up well due to a setting that is unknown to us (meaning that we don't know how it has changed over the years like cities in which we live) and there is little to no use of technology aside from that of the Predators themselves. Okay, yes, Brody's gun is pretty new and snazzy looking, but otherwise. I watched this on Friday, as well, and really liked it; much better than Predator 2. But I'm not sure how often I could see myself watching it. Definitely does not have the multi-watch factor of the original. 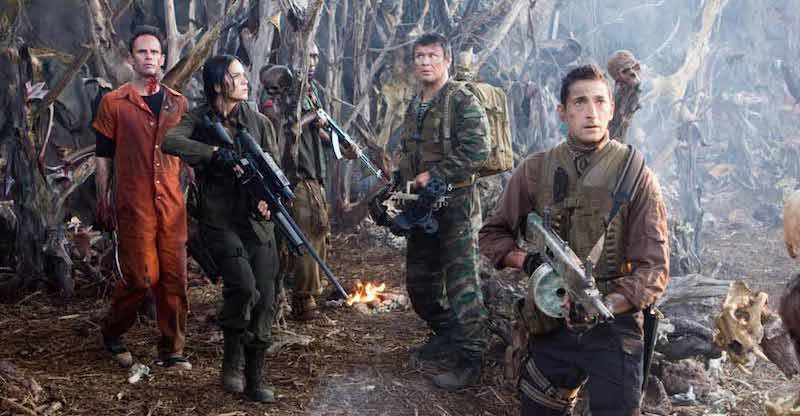 At first, we were promised a reboot (oh joy), then it became a sequel. What changed? The production company hired Shane Black as the director and writer. Aside from costarring in the original film as Hawkins, Black is also the writer/producer/director, or some combination thereof, of films such as Lethal Weapon, Lethal Weapon 2, Lethal Weapon 3, The Long Kiss Goodnight, The Last Boy Scout, The Nice Guys, The Last Action Hero, Kiss Kiss Bang Bang, and Iron Man 3. That's a helluva pedigree! Too bad it didn't help him here because this film was a steaming heap of dog turds. Even a cast featuring Sterling K. Brown, Olivia Munn, Keegan Michael Key, and Thomas Jane couldn't save it. Anyway, a U.S. Special Forces soldier (Boyd Holbrook) on a mission in a foreign jungle discovers that an alien life has landed on Earth. He knows that people won't believe him, so he takes evidence including the Predator's mask... and mails them to his ex-wife and son back in the States. Ho boy. Well, the Predator from which it was taken and another Predator that is hunting it down are using tracking devices in the gear to achieve their ends. And it gets ugly and stupid and ridiculous and, well, I'd just really like my two hours back. How would you rate 'em? 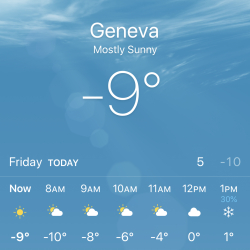 Jan 27
As in "Work From Home," something I am able and allowed to do via my employer but that I only do once a week due to necessity. This coming work week, though, will be weird because I will be adjusting... 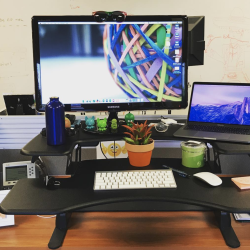 After the very first watch of the original I was hooked. It does hold up so well all these years later and like you I've rewatched it many times. I was so disappointed with the sequel that I stopped watching them after that. It seems I haven't missed much.

I’d say give Predators a shot. It’s not bad at all, just not the original. Just don’t touch The Predator at all.

My rating is the same order you have them, but different grades for some:

I had heard bad things and read few brutal reviews of the 2018 movie. But then I sat down and watched it and I ended up liking most of it. I didn't even pause It (I rented it via Redbox)

Wow. You were really kind to The Predator.

Yeah, it ended up being more entertaining than I was expecting.

I was expecting little and got less.