Today, I'm dedicating my Taped entry to a single cassette I just recently nabbed. It is Vol 1 by the Traveling Wilburys.

I bought this album used at a record shop for a mere $2.99 and, given the shape of the case, J-card, and the actual tape, it is near impossible to argue that this purchase was a bad one. It's damned magnificent if I do say so myself.

Do you remember the Wilburys? They were a super group in the late 80s/early 90s fronted by (from left to right per the album art) Bob Dylan, Jeff Lynne of Electric Light Orchestra, Tom Petty of the Heartbreakers, Roy Orbison, and George Harrison of The Beatles. 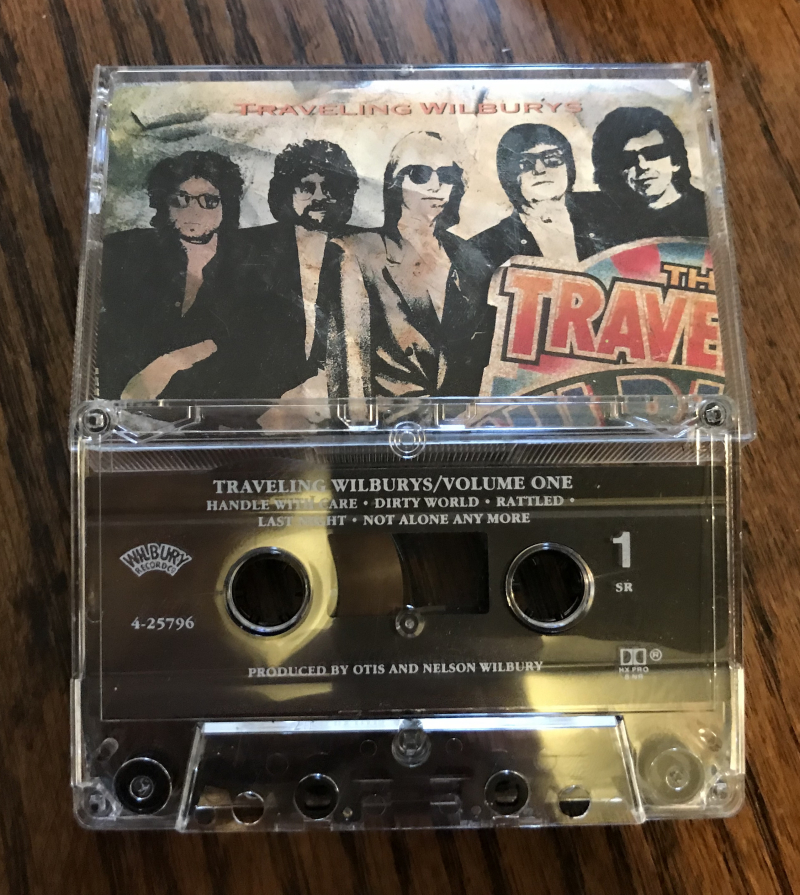 One of the greatest team-ups of talent ever. I will fight you if you try to say otherwise. I only wish they were together longer but I think the death of Orbison did them in even if they did release a follow-up, titled Vol 3 (you do the math), in 1990. Nowadays, with Harrison and Petty also deceased, there’s no hope of ever seeing them together again in any viable form.

I forgot about the liner notes for this album. In the notes, you get details about the band, for example, that the band members were Otis Wilbury, Nelson Wilbury, Charlie T. ["Wilbury" -- the surname was left out of the notes, but is listed on website] Jnr, Lefty Wilbury, and Lucky Wilbury (despite everyone knowing that the real identities of the band were Lynne, Harrison, Petty, Orbison, and Dylan, respectively); and a heckuva "history" on the band [their typographical and grammatical errors]...

The original Wilburys were a stationary people who, realising that their civilisation could not stand still for ever, began to go for short walks — not the "traveling" as we now know it, but certainly as far as the corner and back. They must have taken to motion, in much the same way as penguins were at that time taking to ledges, for the next we hear of them they were going out for the day (often taking lunch or a picnic). Later — we don't as yet know how much later — some intrepid Wilburys began to go away fro the weekend, leaving late Friday and coming back Sunday. It was they who evolved simple rhythmic forms to describe their adventures.

A remarkable sophisticated musical culture develops. Considering there were no managers or agents, and the further the Wilburys traveled the more adventurous their music became, and the more it was revered by the elders of the tribe who believed it had the power to stave off madness, turn brunettes into blondes and increase the size of their ears.

But as the Wilburys began to go further and further in their search for musical inspiration they found themselves the object of interest among many less developed species — night-club owners, tour operators and recording executives. To the Wilburys, who had only just learnt to cope with wives, roadies and drummers, it was a blow from which many of them never recovered. They became hairdressers or TV rental salespersons.

But a tiny handful survived — the last of the Traveling Wilburys — and the songs gathered here represent the popular laments, the epic and heroic tales which characterise the apotheosis of the elusive Wilbury sound. The message of the music travels, as indeed they traveled and as I myself must now travel for further treatment. Good listening. Good night and let thy Wilbury done...

These liner notes crack me up to no end and make me desperately miss physical media. So clever. So much fun.

Jan 7
A fourth consecutive year of Macro Monday? What is wrong with me??? Oy. Let’s start with last year’s final challenge photo... And now for a new one. I’m doing something different to see how it goes. Instead of a traditional... Jan 9
While clearing through our bookshelf, I discovered I had two books there that have been on my shelf, unread, for two decades. Twenty freaking years! The first was purchased during Katie’s and my first trip to San Francisco in 1999.... 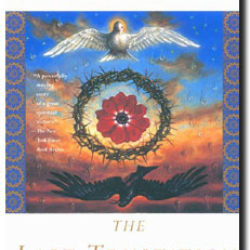 I, for one, love these Tu(n)esday Tape posts. Please continue these for the rest of your life. No pressure honestly

So long as I can keep finding the cassettes, I will!

I'm so tired of being lonely
I still have some love to give
Won't you show me that you really care?

Loved that song back in the day.. altho I don't think I ever heard anything else they did...

That (“Handle With Care”) was the big one. It was supposed to be a b-side for George Harrison’s album but it was decided it was too great a song. That’s why they did this album. If you listen to it, you’ll hear one or two more familiar songs. Not sure what came off the follow-up, though.