Another small haul for the books, er, blog. I’m pretty happy with this especially since I got them not only discounted per tape but B2G1 (buy two, get one) from Purple Dog Records in Naperville, IL.

INXS has consistently been a top-5 band of mine for more than 30 years and, yet, I’ve never listened to their debut album. How can that be possible? It is, though. I’m really looking forward to listening to this tape.

Mind Bomb is probably the most daring purchase of the bunch as I have very little familiarity with The The (basically one or two songs). But I really like what I’ve heard.

I’ve always loved The Black Crowes and Shake Your Money Maker was one of the first two CDs I ever bought (this tends to alternate with The Red Hot Chili Peppers Mother’s Milk). I’ve owned several CD copies of this album over the years as I’ve played them past the point of playability or lost them to loaners. But this is my first cassette copy of it ever.

Feb 4
I'm going to admit something... I would not have gotten last week's #MiniMusicMonday challenge photo six months ago. I just didn't have the familiarity with the album art. However, I now own it and know it. So what say you... 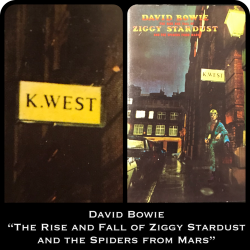 Feb 6
With golden parachutes, executive overpay, line-level employee overwork, customer screwovers, small business squelching, and so much more, I already harbor enough disgust for corporate America. Then I watch a movie featuring an evil corporation and it all comes bubbling up... 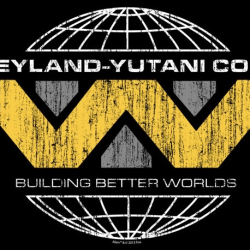 Mind Bomb is where I started to lose my enthusiasm for The The. You should definitely get the previous two albums. Soulmining is one of my favorite albums of all time.

I listened to some Soulmining today at work via Spotify. Liked what I heard.

Ha, you just gave away this week's #macromonday ;)

You should’ve held onto that as your little secret.

I'm with Kevin Spencer on Soul Mining. Easily my favorite The The album. As for the two songs on Mind Bomb, I'm guessing they are: Armageddon Days and Beaten Generation.

It's been years since I've heard the debut album by INXS.

Not two songs on Mind Bomb. Two songs by The The. That should make guessing easier.