Today, I presented an instructional video I made to a Leadership Seminar held internally in my company.

Initially, the guidelines were just that we had to present instructions on something that could be taught in under five minutes.

Then it was tacked on that it had to be something a child could learn.

Finally, we were also instructed to try to add a narrative that follows the five-stage story structure.

Given those directives, I sought to teach people how to properly make a peanut butter and jelly sandwich. But I gave it a little twist... I made a video. Here it is:

Considering that my coworker brought in his two young daughters as guinea pigs and they have peanut allergies, the video worked out nicely to keep them from going into anaphylactic shock. So there’s that.

Feb 7
Seven years ago, I was in line for my pretzel bagel and coffee at an Einstein’s Bagels when I saw a guy playing a banjo at another table. I stopped what I was doing to watch. Then I asked if... 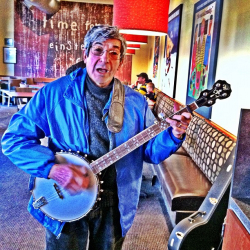 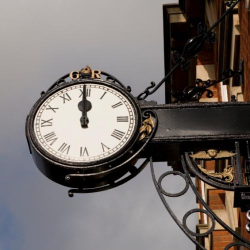 Dad said, "Great, great, great. You didn't stutter or say "uh," once"...very nicely done! Oh, and your dad has been making his PBJ sammiches that way for years, so it must be a genetic trait...again!!

Oh, how did your co-workers assess your video?

Really? I wasn’t aware of that.

One was pissed he’d wasted his life not making it like this. I call that good.

This is awesome. But peanut butter though? The devil you say.

You don’t like peanut butter?? Go back to England, you heathen!!!

I need to try those steps. I like a great PBJ. Although I admit, I'm a crunchy PB fan.

I won’t judge you. Too much.