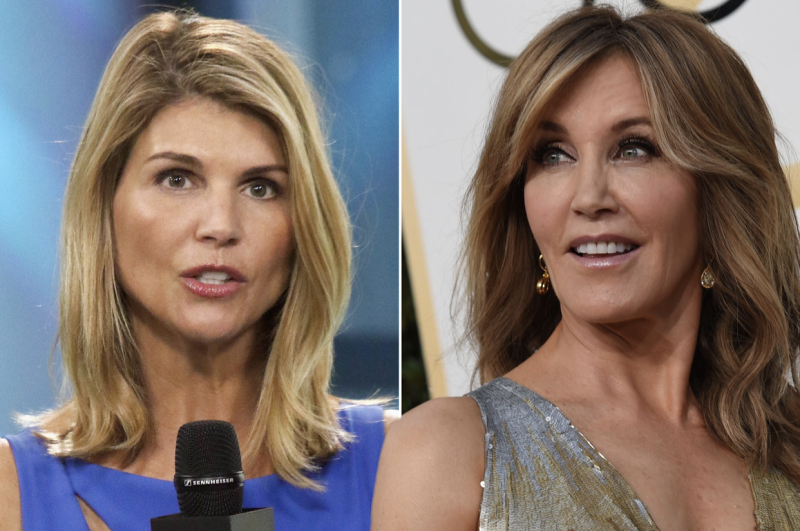 That said, when it was announced they had either been arrested or warrants had been filed for their arrest, I laughed. Hard. Not because it was them but because it was privilege finally rebuked by the law.

College is a pain in the ass to get into. And once you’re in, it’s not easy to stay in, be the reasons academic or financial.

So when I hear that people cheat the system, I feel no sympathy for them when they’re caught. I feel good about it, in fact.

But the issue is that this happened at all and that is not the fault of Huffman or Loughlin or anyone else whose name is likely to be announced in the near future.

It’s the fault of our massively screwed-up higher education system. It’s a broken institution at all levels, public or private, D-I all the way to D-III. They prioritize legacy applicants. They give preference to family and friends of donors. They want the money that comes from top quality athletes with middling to poor grades as opposed to smart kids.

There’s just so much bullshit to wade through in college admissions (I used to work in higher ed, mind you), that it’s just not worth it anymore. And for what? A piece of paper that doesn’t tell a prospective employer anything other than that you were able to commit to some program — any program — for four or five or six years.

I need to stop. I’m starting to feel ill.

I understand and feel your anger. I decided to drop out of college because I was sick of it. Hence, I have no college degree. It infuriates me to see SO many job postings requiring one when it's absolutely no indication of whether the person can do the job. I have met plenty of people with degrees with what seemed like no brain cells at all, and very intelligent people without degrees. I wish society would stop pushing kids into (possibly) a lifetime of debt for a piece of paper they shouldn't need, at least not for MANY professions. On the job training is not as prevalent as before which is sad.

OTJ Training should be a primary focus. As to a degree, it’s not like my BA did anything for me, but my MA did. It introduced me to web design, something I’d never considered before. But I totally get where you’re coming from. My co-QA Engineer has, I think, an Associate’s degree and she’s more well respected around here for her knowledge and versatility (all learned OTJ) than just about anyone else. What she says, goes.

I dropped out of college as an undergrad (it took me 2.5 years to get my Associates) due to bad grades cause I was already working full time for 4 years as a system admin. College for me was hard, especially math. So part of me gets wanting to get into a good university and get a top notch education. The other part of me thinks that this privilege of having money and connections defies everything about the college struggle. It's not supposed to be a cake walk.

I think these two and the other 30 that are involved in this mess need a modern day smack down.

A smack down is indeed necessary.