The saying of record in Chicagoland is that we have two seasons... winter and construction.

After the last week, I'd like to say that Chicago knows no bounds to how many seasons are possible because we basically experienced them all in a seven-day span.

This was topped off with three inches of snow on Sunday. 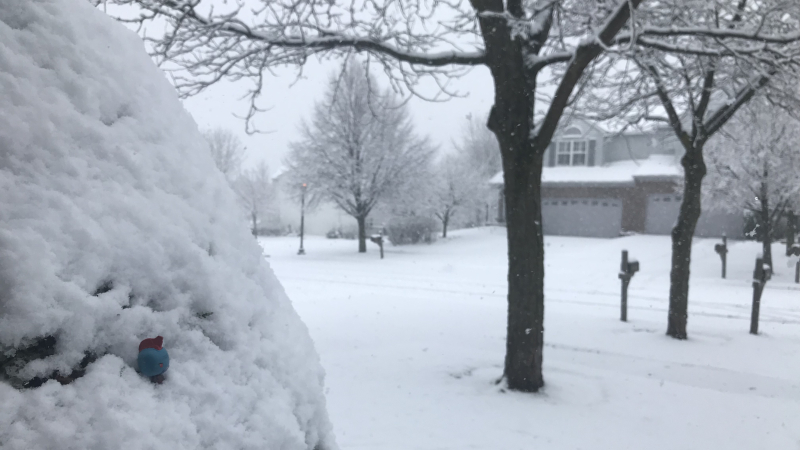 Snow. Yes, snow. On April 14. Sure, we got snow even later into the spring and summer when I lived in upstate New York near Lake Ontario, but this is still kinda nuts.

Sure, we were warned it would happen. But weather forecasters are usually so off that I never bother listening. I guess I should have this time. Well, me and others. No salt was put down so the roads sucked. No road crews were out until far too late. I don't even think trucks were still equipped with plowheads. This is going to be a very expensive freak snowfall for towns and counties throughout the area.

You just *knew* some smart alec from "down in them southern deserty bits" would make a remark.

Of course I knew. And considering you would be that person, well... MAY YOU BE CURSED WITH A BLIZZARD!!!

I don’t think it was.

Wow, mid April. That should be illegal.

Who do we arrest?