I’ve always been a Nirvana fan in some way, shape, or form. Not always a consistent listener as I’ve had spells where I’d listen all the damn time and others where I’d go months or even years without firing up an album. But the enjoyment and respect has always persisted in the end.

Why am I painting this out? Well, today marks the 25th anniversary of the suicide of Nirvana frontman, songwriter, guitarist, and vocalist Kurt Cobain. 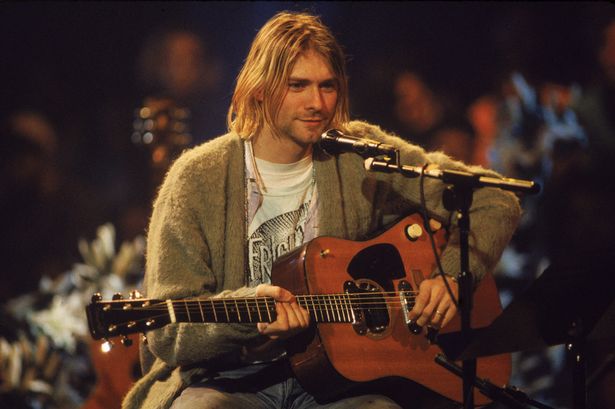 I didn’t even realize it to be honest. I thought it was earlier in the year, like February or some such.

I was a freshman in college when it happened and had just transferred at winter break from Iowa State University to Northern Illinois University. I was new to my floor and, while I was well versed in Nirvana music by that time, I didn’t really “get” the Kurt love. Sure, he was talented but he wasn’t particularly charismatic. He clearly didn’t enjoy the limelight and favor paid to him. So why would people keep shoveling it his way?

So, while so many of my floor mates were in mourning, his death did little to affect me.

You know that old Cinderella song “Don’t Know What You Got (Til It’s Gone)”? That’s how it finally hit me... not until many years later... when I had a craving for Nirvana music... and realized I had painfully little from which to choose... and would never have more.

I played what I could get my hands on and appreciated it and suddenly missed the genius that was Kurt Cobain. 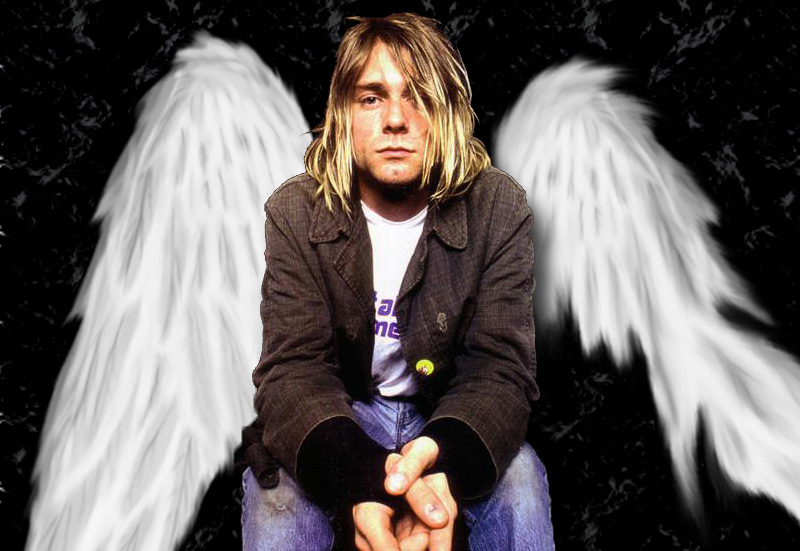 Years later, I finally mourned him. Hard. Still do. 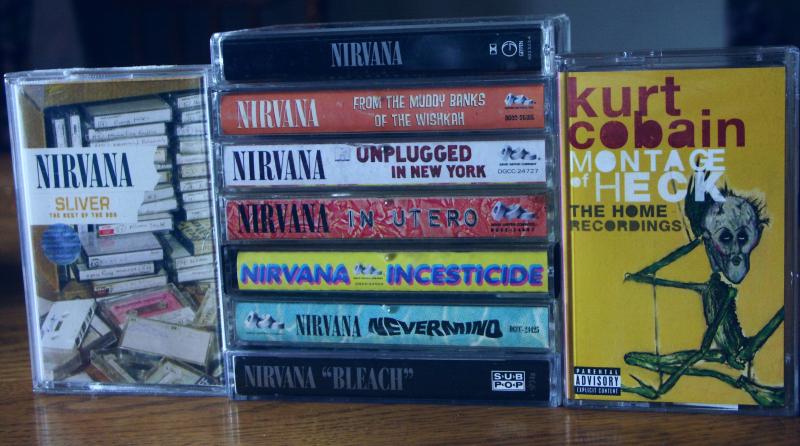 I wish this this was my collection. It belongs to u/cassettecultureMOD on Reddit. Dang it.

Yeah, I felt sad that he took his own life, but I wasn't a fan in any way until well after his death. In fact, the opposite. I thought they were a lot of noise. But after some time, I got a good listen to their MTV Unplugged album and that made me look into their lyrics. I was a late bloomer. I still wouldn't say I'm a huge fan. I don't love everything in their songbook. But I like them.

Can you honestly say you ever love everything a band does?

Of course not. I just mean that I like them casually, in a greatest hits kind of way, as opposed to a real fan who listens to their full albums and knows the band history, etc.

I was a fan ever since the first time I saw them play Smells Like Teen Spirit on some British late night music show in 1991. I was into the grunge scene of that era and remember it fondly. Out of everything from those years I find I listen to Smashing Pumpkins more than any of them.

I always had a fondness for Alice In Chains because I saw them open for Van Halen making them one of the only grunge bands I saw live. I did see Pearl Jam but not for the first time until 2000, past their grunge prime.