Twitter has been alight with tweets about Disney’s announced movie lineup for the next eight years. I took a look to see what all the buzz was.

Here’s the first page of the list that came as part of a press release: 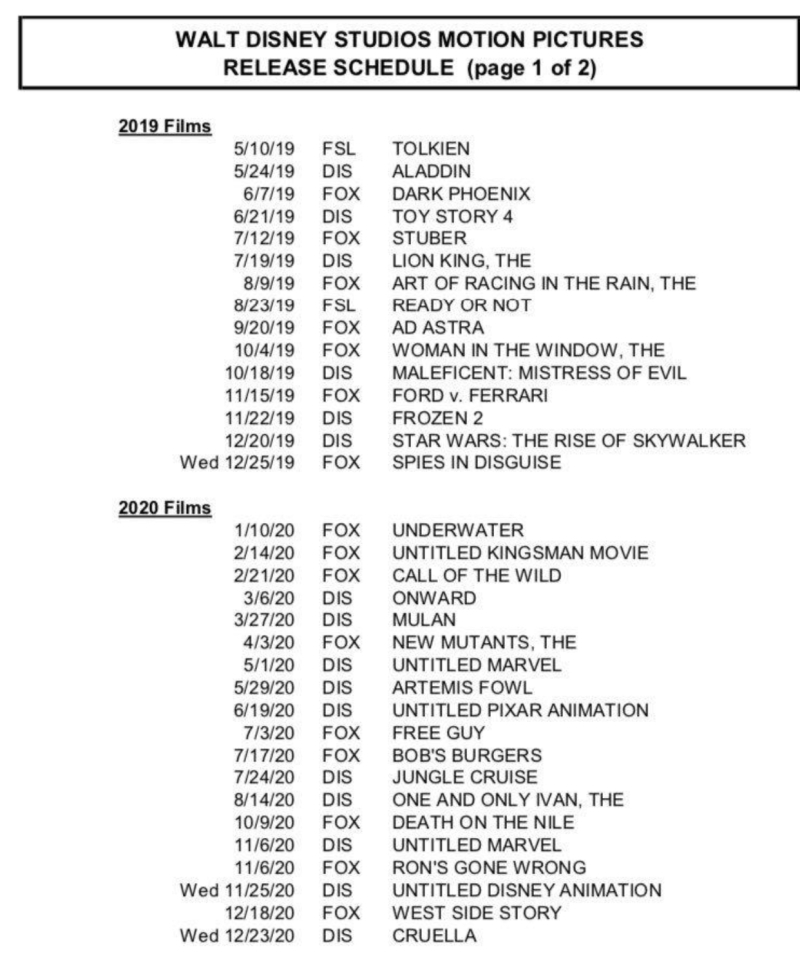 Okay, yes, there’s some good information in the list above. A lot I already knew about to fill out 2019. Some pleasant surprises for 2020 including the third Kingsman film, two Marvel movies (compared to three this year), and, despite my distaste for these live action adaptations of animated classics, a live Mulan could be cool. And there is some news I wasn’t expecting like both New Mutants and Artemis Fowl being pushed back to 2020.

But then you get to page two... the most uninformative list of upcoming movies I’ve ever seen. 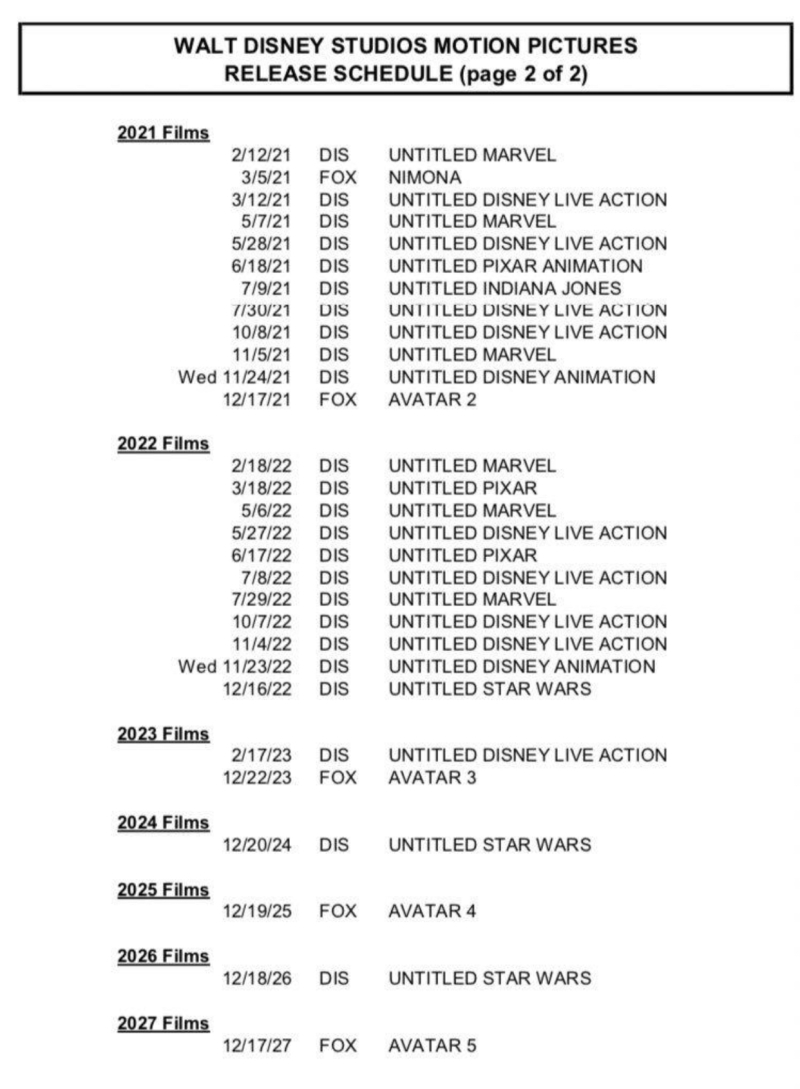 Sure, it’s pretty awesome to see three new Star Wars films and a new Indiana Jones film. But how many “Untitled Disney Live Action” and “Untitled Disney Animation” films do we need in a given year? Sheesh!

Can we get some detail, please?

You wouldn’t be far off the mark.

You wouldn’t be far off the mark.

I've never seen any of the Kingsman movies. Should I? They're good? Exciting to see an Indiana Jones movie on the list. Just as long as it's a Chris Pratt Indiana Jones.

I’ve seen too much Chris Pratt action star lately. I don’t need him to be Indy as well. Yes, Kingsman movies are awesome. Waaaayyyyyy awesome.

I saw that same list on Twitter and was just blown away by how many movies. Details and titles would be nice, but we are years off from knowing those kind of need to know.

I think they could’ve given us some more details without giving away too much. It’s the Mouse House, they’re good like that.