A couple months ago, Netflix hit us with a new action-adventure movie titled Triple Frontier. It’s the story of five former U.S. Special Forces soldiers who set off to South America to steal millions from a cartel drug lord. Then we view the immediate consequences of their actions. 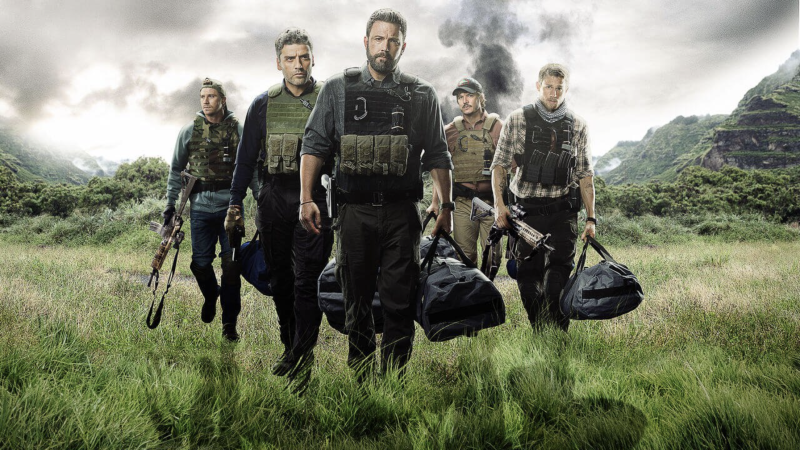 It was a really decent film. I enjoyed it. Would it have made a great theatrical release? Not likely. Better than most of what gets released these days. Sure.

But what made it really cool was the cast. The ex-soldiers were played by Ben Affleck (Chasing Amy, Dogma), Oscar Isaac (The Force Awakens, Ex Machina), Charlie Hunnam (Sons of Anarchy), Garrett Hedlund (Tron: Legacy), and Pedro Pascal (Game of Thrones, the upcoming The Mandalorian). They were joined by Adria Arjona (Pacific Rim: Uprising) as their insider information, as it were.

That’s a helluva cast. And they were good together. This cast was the whole reason I decided to watch it.

I am curious, though, why Netflix didn’t try to shop it to theaters for a small-scale release. Shouldn’t the cast have been enough of a draw? That could be pretty interesting. Gain some measure of popularity via streaming and then throw a question at the end of the stream that asks if viewers would ever be interested in watching this Netflix original on the big screen.

And with the new Martin Scorsese flick dropping later this year, you’d really think Netflix would tackle this. I know allusions have been made. I don’t know how sincere the talk is, though.