Happy Mother's Day to all the moms and grandmas and aunts and caregivers and whomever else is out there serving in our hearts as a "mum."

Nathan and I made Katie breakfast in bed although I'm pretty certain she would've just rather slept in and been hungry. Not that my pancakes are bad. They're pretty darn good, in fact. But she had a rough night of sleeplessness. Then we woke her up about 8 a.m. with breakfast and her gift and a card. Then I came back downstairs to make breakfast for myself and Nathan and set off both smoke detectors.

Stupid damn things. I swear they never work when you need them to and do work when you don't want it. And, when they do go off, that stupid reset button never works, either. I hit it a dozen times and it doesn't turn things off. So I wind up having to rip the detector off the ceiling and throw it outside. I consider it punishment for being such a loud, insolent little shit.

After breakfast, we all got ready and went out to our niece's dance recital. We did this last year, as well, but it certainly wasn't scheduled on Mother's Day. I'm sure the dance troupe leaders got an earful for that decision. Three hours in an old, uncomfortable high school auditorium. Ugh. Z did very well, though.

Then we went to their house for a cookout.

After all that, we came home, threw on our pajamas, and played three-man War. 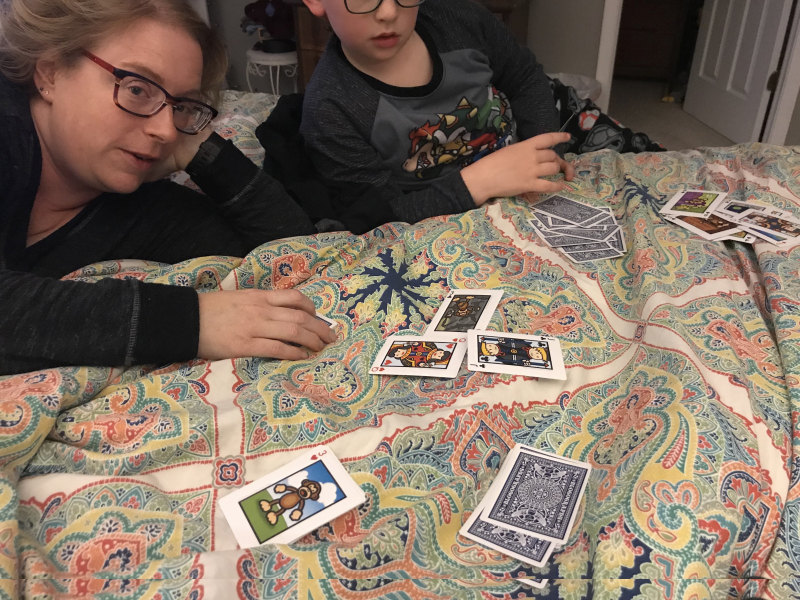 Do those cards look familiar? They're Blogography.com specials! And Nathan loves them. For some reason, the 7 of Diamonds on the red deck especially. He likes Bad Monkey with darts flying all around him. 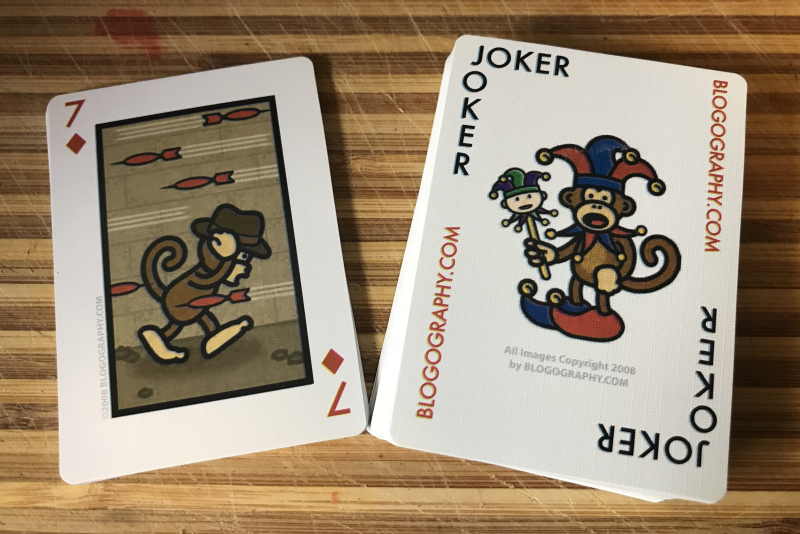 Might have to ask Dave2 if we can buy a print of that.