I ran out of cloud storage space in Dropbox years ago. The curse of low capacity and the unwillingness to pay for added space. So I don’t really go in the app much as a result.

Last night, for kicks, I went in there and dig around to find what was my earliest photo upload. Here it is... 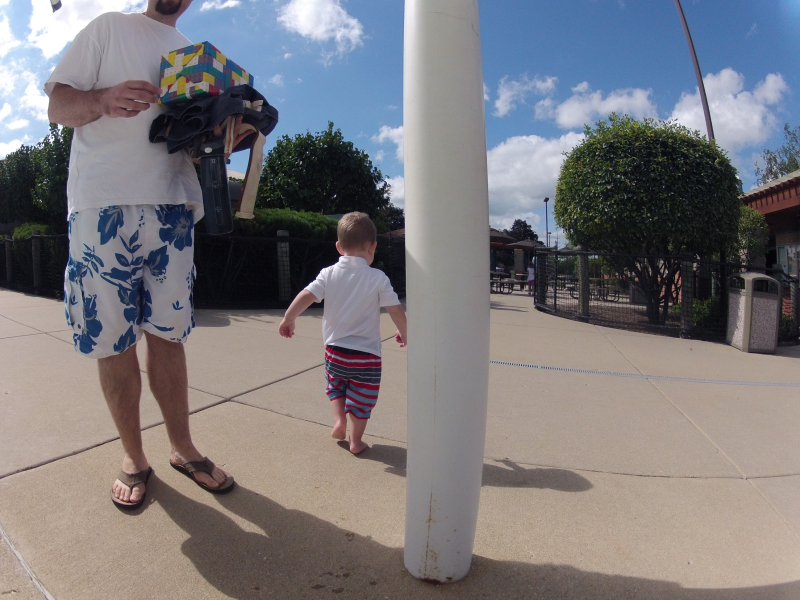 That’s Nathan rushing past his Uncle Scott at our community pool. This photo is dated by Dropbox as being taken on February 9, 2011. I call bullshit for several reasons.

Basically, the photo dating is at least 3.5 years off. That’s being nice since I think (but am not certain) Nathan had that swimsuit when he was turning 3 years old so 4.5 years off.

I wonder why Dropbox can’t get the exif data correct? It overwrites it entirely. When I saved the photo down from Dropbox to my iPhone, there’s nothing at all. No geotag, proper date/time, nothing.