A couple years ago, Nathan happened across a couple of my old G.I. Joe 3.75" action figures. He doesn't have any other G.I. Joe stuff, but he loves these two figures. One of them is the vintage Baroness from 1984... 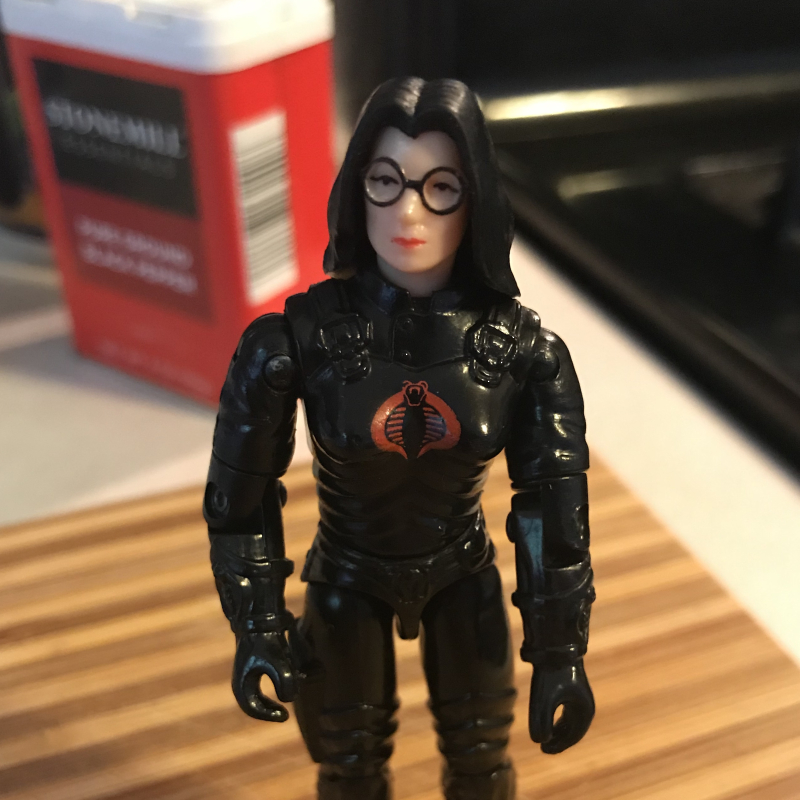 Yesterday, on my way home, Nathan got on the phone to tell me that the Baroness had an accident. Apparently the o-ring that connects her upper torso to her legs through the hip piece broke. He was really upset that he had broken my toy, nevermind that I consider it his toy now.

I calmed him down and told him the figure was 35 years old and those rubber o-rings are not meant to last that long and they can be easily and cheaply replaced via eBay.

He was happy to hear that and then I heard him giggling a little bit so I asked what was up.

"Daddy, her underwear fell off."

I didn't even need to see it to know exactly what he meant... 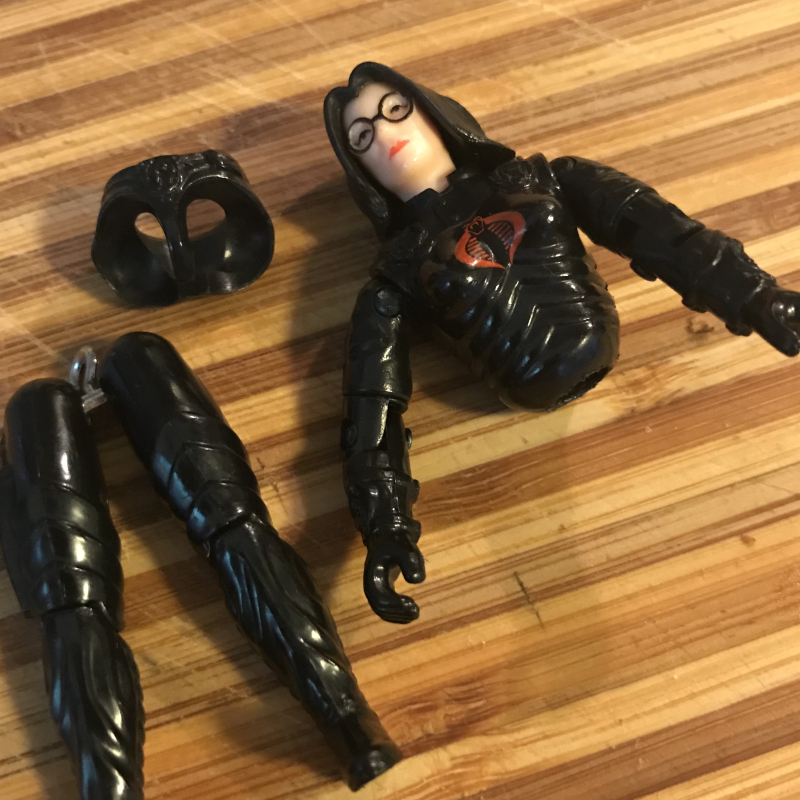